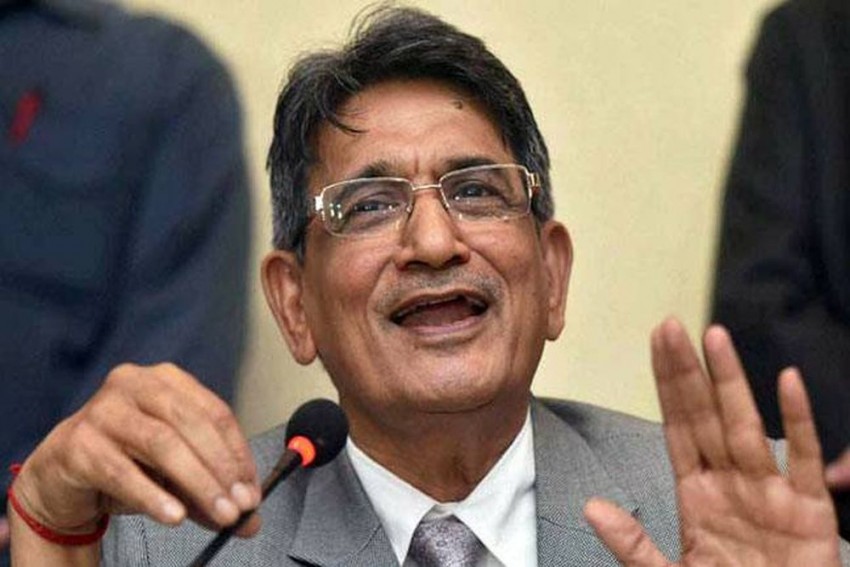 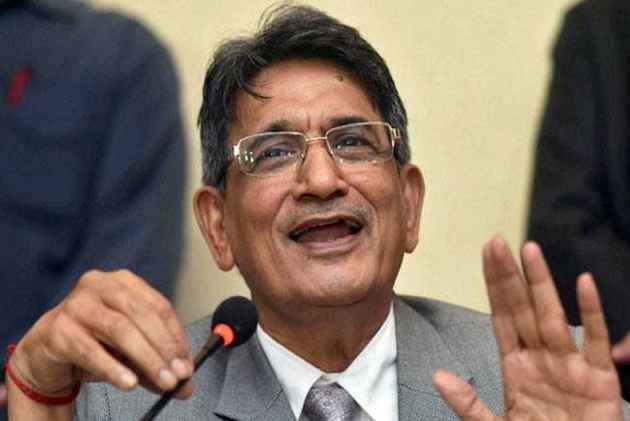 A disappointed former Chief Justice of India (CJI) Rajendra Mal Lodha on Thursday termed the modifications of a two-year old judgment on cricket administrative reforms as an “extraordinary thing” and said that “there must be extraordinary legal basis” for a bench headed by the current CJI for doing that. But he said that “prima facie I’ve not been able to figure that out”.

Lodha, who headed a three-member bench that recommended wide-ranging structural and administrative reforms in the BCCI and its affiliates, said he was particularly disturbed by the modification of three recommendations. They, he said, were: one state-one vote for the BCCI affiliates, cooling-off periods for officials in the Board as well as the affiliated associations, and the status of the Railways, the Services and the Association of Indian Universities (AIU) vis-à-vis the BCCI.

Despite the modifications, Lodha said optimistically, the BCCI would surely undergo a change following his committee’s recommendations that were accepted on July 18, 2016, by a bench headed by then CJI TS Thakur. “One thing is sure: the BCCI will never remain the same as it is now. It will change. Even after the dilution of some reforms, a lot of changes will take place in BCCI administration once the constitution is put in place,” Lodha told Outlook after the judgment was pronounced.

The Lodha Committee had submitted a draft BCCI constitution with the Supreme Court in 2016, and that was accepted with minor modifications at the time. Later, many BCCI affiliates and some individual officials moved applications for reconsideration of the reforms, despite the BCCI’s review and curative petitions being rejected.

“The court passed a final judgment on July 18, 2016. It took everything into consideration. Our report was accepted. Once that that final judgment was passed, and later the review petition and curative petition was dismissed, the matter was actually pending for implementation of the July 18 order,” Lodha pointed out.

“One of the main reasons of the Supreme Court being important is that its judgment is final; the finality attached to its judgment. So, there must be very strong legal reasons [for modifying the judgment]; it doesn’t happen normally. This is an extraordinary thing, and once this extraordinary thing has happened, there must be extraordinary legal basis why an earlier Supreme Court judgment needed to be modified. But prima facie I’ve not been able to figure that out. Everyone may not agree with the Supreme Court’s view, but it had passed a final judgment on July 18, 2016,” he emphasised.

However, since the Lodha Committee does not exist today, it approaching the Supreme Court is now out of the question.

“Chief Justice TS Thakur’s bench had given us the mandate to implement its judgment, but we said that we would not indulge into all that and that you could take appropriate steps to get that done. The court then appointed a Committee of Administrators (COA) for implementation. But unfortunately due to obstructions, hurdles or whatever, they were not able to do that. It took two years. Obviously, the governance of the BCCI has been affected,” observed Lodha.

Asked if he was personally disappointed, Lodha Committee said: “Yeah, I am because, as I told you, our structural reforms were a sort of package, and there were three important, core recommendations -- one state-one vote, cooling-off periods, and the relegation of the Railways, the Services and the AIU. The strength which we gave to the BCCI structure through our reforms has weakened, of course, because of the modifications of these three things. We were happy when on July 18, 2016, the Supreme Court accepted the report and that in a way became the law of the land.”

Many BCCI officials and those of its affiliates were mostly worried about the mandatory three-year cooling-off periods after every three-year term (the maximum reign of an official remains nine years, as recommended, be it with the BCCI or its affiliates). The court on Thursday allowed an official to remain in seat, if elected for a second time, for six consecutive years, before the cooling-off period comes into play.

The other modification that disappointed Lodha was the status of the Railways, the Services and the AIU. “We [Lodha Committee] said that they would remain Associate Members of the BCCI and wouldn’t have any voting rights. Now, they have been changed. The present changes have affected the fundamental policy of our recommendations. We deleted their full memberships so that the government does not have any say in the administration of the BCCI. Now, by bringing these ministries, they will have a direct say because they will have votes to cast,” he said.

“You know that whenever there is a tight voting in BCCI elections these votes matter a lot and the government interferes. There are manoeuvrings and manipulations at the political level etc. So, the autonomy of the BCCI is affected. This has affected and diluted our report,” he stressed.

Thursday’s judgment, however, said that representatives of the Railways, the Services, the AIU to the BCCI meetings would now not be government officials but representatives of the respective players’ associations, which do not exist at the moment. When Lodha was contacted, he had not read the judgment, but was happy to know that the players’ representatives would replace government officials from these three affiliates. “Then, it’s okay. Then, I think the government interference will not be there. Nobody had told me this and I haven’t read the judgment so far,” he said.