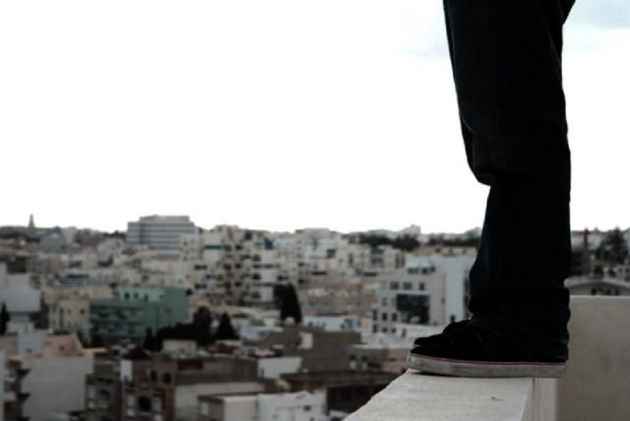 A class XII student of a private college at Meerpet jumped off the fifth floor of his apartment after he was allegedly beaten by his vice-principal and two lecturers.

According to reports,  the boy (17) had written "abusive" comments about a girl student of his college on a bench after which the two lecturers took him to the vice-principal's chamber, who allegedly hit him and asked him to bring his parents to the college.

"He came back at around 6.30 pm and straight away went to the fifth floor of our apartment. He called me at 6.40 pm and told me that he was jumping. Before we could do anything, he had taken the extreme step," TOI reported quoting the boy’s father, Manik Prabhu.

“He also told me that he was beaten black and blue by three lecturers in the college because he had scribbled something on the benches of his classroom. He said he felt humiliated and decided to end his life," added Prabhu.

“He has sustained multiple fractures in his legs and has been kept under strict medical surveillance," Meerpet police station Inspector N Ch Rangaswamy told PTI.

Following the complaint, police have registered a case under IPC section 324 (voluntarily causing hurt by dangerous weapons or any means) and relevant sections of JJ Act against the vice-principal and the two lecturers.

Earlier this year, a class 10 student had jumped off from the school building after teachers caught him cheating. According to the reports, after being caught by the invigilators, the student was asked to leave the hall to which he felt humiliated and tried to commit suicide.

Alleging that students have always been subjected to undue pressure and are forced to commit suicide, ABVP members staged a demonstration in front of the college. They demanded suspension and arrest of the lecturers responsible for 'driving the 17-year-old boy to attempt suicide', reported TOI.

However, to this, the police officials have confirmed that no one has been arrested so far.