The bifurcation blues have begun in full swing and the first sector to be affected is power. 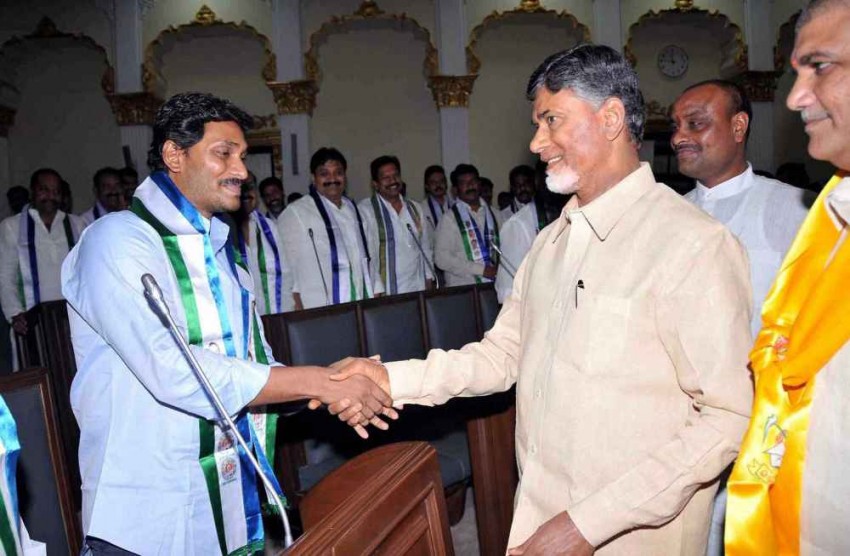 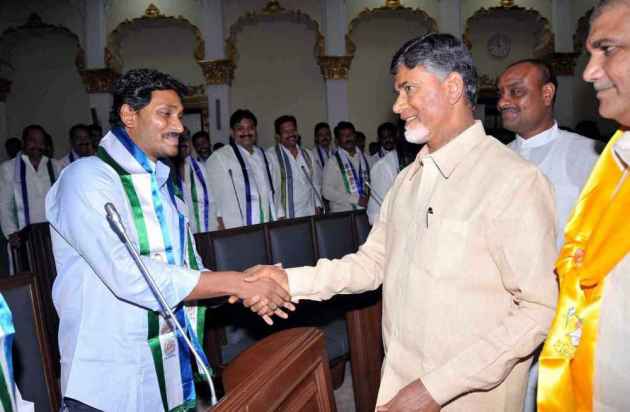 The bifurcation blues have begun in full swing and the first sector to be affected is power. It is July now and the weak monsoon has not helped matters. The citizens of Hyderabad are coping with five-hour power cuts, a dismal sign for industrial and domestic power consumers. Of course, the Telangana government is doing its best to overcome the crisis, namely blaming the Andhra Pradesh government and its Chief Minister Chandrababu Naidu. Telangana Chief Minister K Chandrasekhar Rao plans to meet Chhattisgarh Chief Minister Raman Singh to request him to sell surplus power to Telangana. KCR has attacked Naidu for asking the Electricity Regulatory Commission to cancel the current Power Purchase Agreements (PPAs). The current PPAs state that the available power between the two states should be divided based on utilisation over the last five years. But according to Naidu's request, power should be distributed according to the location of power plants (on an as is where is basis). This will lead to severe shortage in Telangana. Naidu has also released a white paper on the power situation. Naidu lays the blame squarely on the Y. S. Rajasekhara Reddy government saying that between 2004-2014, and additional burden of Rs 28,835 crore was imposed on domestic consumers by way of hike in tariff and fuel adjustment charges.

Naidu argues that during the Telugu Desam rule, domestic and industrial consumers got 24 hours of power supply till May 2004. Now power cuts range from 4 to 12 hours for domestic consumers and there is a three-day-a-week power holiday for industrial consumers. The white paper states that it was the lack of foresight of the Congress government that led to the current power crisis. According to the AP CM, several gas and thermal-based plants are lying idle. “This way, we are losing 14,000 million units per annum,” he says.

After the power row, comes the turn of the water war. Tensions escalated between the two governments when the Krishna River Management Board and the Central Water Commission directed the Nagarjunasagar dam officials to release 6,000 cusecs of water a day till the Krishna delta in Andhra Pradesh gets 3.6 TMC ft of water. The Telangana government has protested this move saying the Seemandhra lobbies continue to hold sway over Water boards. Telangana irrigation minister Harish Rao has now demanded water from the Nagarjunasagar left bank canal for Nalgonda and Khammam. Harish Rao says that the Central Water Commission must prove that it is impartial by recognizing the drinking water shortage in Khammam and fluorosis menace in Nalgonda.

Meanwhile, Chandrababu Naidu has extended an olive branch to KCR saying it was time the two leaders met and discussed the issues between the two states. He was responding to a query at a press meet over the ongoing water wars. “KCR is not new to me. There is nothing wrong in sitting together to sort out issues for the welfare of the people. Politics is different and public welfare is different,” the AP Chief Minister says.

Chandrababu Naidu’s allotted office in the Secretariat, on the 8th floor of the L Block, looks pretty much like a garbage dump or a set for one of Ram Gopal Varma’s fight scenes. Paper, old files, broken bulbs are strewn all around. No efforts are being made currently to clean up the premises and Naidu is operating from the Lake View Guest House. The wing was the office of the Panchayat Raj department in united Andhra Pradesh. Perhaps, Naidu is looking for a bit of goodwill from KCR’s end before he decides to start operating from the Secretariat.

Nagarjuna is in a bit of a spot these days as the Greater Hyderabad Municipal Corporation officials have stated that the actor’s N Convention Centre in Hyderabad has encroached 3.12 acre of the Thammidikunta lake. The centre is spread over 6.9 acre and is the venue for several events such as fashion, music shows, film shoots, private parties and marriages. Following news reports that the Convention Centre would be demolished, Nagarjuna filed a petition in High Court seeking that a notice be issued to him before the GHMC takes any action. Telangana advocate general K Ramakrishna Reddy told the HC that the entire structure was illegal since it was constructed without building permission from the GHMC. Nagarjuna’s counsel P. Sri Raghuram on the other hand argues that he bought the land from the Gurukul Ghatkesar Trust in 1992. The Telangana advocate general says that Nagarjuna’s appeal to the GHMC in 2010 to get the N Convention centre regularized was rejected.  Whispers now abound in the Telugu film industry that the Telangana government is going to go strictly by the rule book as far as property owned by Andhra film stars is concerned. This has led to panic among the film fraternity, many of whom are said to be queuing up for an audience with K Chandrasekhar Rao. 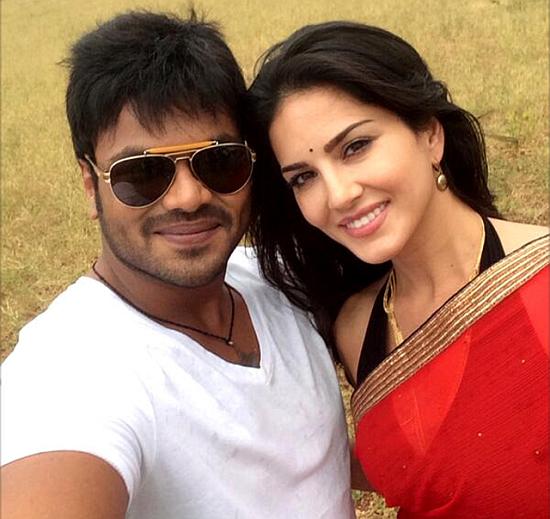 Film buffs know that Vidya Balan plays a wannabe detective in her upcoming film Bobby Jasoos which is based in Hyderabad. Vidya has outdone herself in terms of publicity by wooing traffic policemen, bangle and fruit sellers in the Old City to watch her film. But what Hyderabadis are actually looking forward to is Current Theega, a Telugu movie starring Manchu Manoj and Rakul Preet which also stars the Canadian bombshell Sunny Leone. Sunny plays a schoolteacher in the film and even posed with some schoolchildren in a government school as part of the film’s publicity. Manchu Manoj posted a selfie with Sunny saying, “Lovely doll Sunny” is the nicest person he has worked with. The film, set in a rural backdrop, is sure evincing a lot of interest.

The Burden Of Expectations