How To Build A Human Bomb

When a former inmate of the detention camp at Guantanamo Bay blew himself up in Iraq recently, the US said it proved that it was right to have detained him and that it is dangerous ever to release the camp's prisoners. On the contrary... 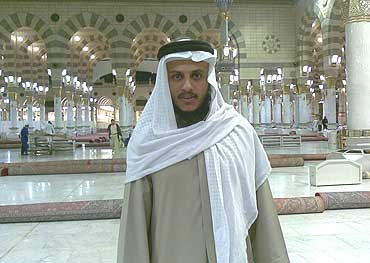 When we learnt last week that Abdallah Salih al-Ajmi had blown himself up in Mosul in northern Iraq, the US government presented this as a vindication of its policies. Al-Ajmi was a former inmate of the detention camp at Guantanamo Bay. The Pentagon says that his attack on Iraqi soldiers shows both that it was right to have detained him and that it is dangerous ever to release the camp’s prisoners(1). On the contrary, it shows how dangerous it was to put them there in the first place.

Al-Ajmi, according to the Pentagon, was one of at least 30 former Guantanamo detainees who have "taken part in anti-coalition militant activities after leaving US detention"(2). Given that the majority of the inmates appear to have been innocent of such crimes before they were detained, that’s one hell of a recidivism rate. In reality it turns out that "anti-coalition militant activities" include talking to the media about their captivity in Guantanamo Bay. The Pentagon lists the Tipton Three in its catalogue of recidivists, on the grounds that they collaborated with Michael Winterbottom’s film The Road to Guantanamo. But it also names seven former prisoners, aside from Al-Ajmi, who have fought with the Taliban or Chechen rebels, kidnapped foreigners or planted bombs after their release. One of two conclusions can be drawn from this evidence, and neither reflects well on the US government.

The first is that, as the Pentagon claims, these men "successfully lied to US officials, sometimes for over three years." (3) The US government’s intelligence gathering and questioning were ineffective, and people who would otherwise have been identified as terrorists or resistance fighters were allowed to walk free, despite years of intense and often brutal interrogation. Should this be surprising? Without a presumption of innocence, without charges, representation, trials or due process of any kind, there is no reliable means of determining whether or not a man is guilty. The abuses at Guantanamo Bay not only deny justice to the inmates, they also deny justice to the world.

Al-Ajmi, the authorities say, initially confessed in the prison camp to deserting the Kuwaiti army to join the jihad in Afghanistan(4). He admitted that he fought with Taliban forces against the Northern Alliance. He later retracted this confession, which had been made "under pressure and threats"(5). When the Americans released him from Guantanamo, they handed him over to the Kuwaiti government for trial, but without the admissable evidence required to convict him. Among his defences was that neither he nor his interrogators had signed his supposed testimony(6). The Kuwaiti courts, without reliable evidence to the contrary, found him innocent.

All evidence obtained in Guantanamo Bay, and in the CIA’s other detention centres and secret prisons, is by definition unreliable, because it is extracted with the help of coercion and torture. Torture is notorious for producing false confessions, as people will say anything to make it stop. Both official accounts and the testimonies of former detainees show that a wide range of coercive techniques – devised or approved at the highest levels in Washington - have been used to make inmates tell the questioners what they want to hear.

In his book Torture Team, Philippe Sands describes the treatment of Mohammed al-Qahtani, held in Guantanamo Bay and described by the authorities (like half a dozen other suspects) as "the 20th hijacker". By the time his interrogators started using "enhanced techniques" to extract information from him, al-Qahtani had been kept in isolation for three months in a cell permanently flooded with light. An official memo shows that he "was talking to non-existent people, reporting hearing voices, [and] crouching in a corner of the cell covered with a sheet for hours on end."(7) He was sexually abused, exposed to extreme cold and deprived of sleep for a further 54 days of torture and questioning. What useful testimony could be extracted from a man in this state?

The other possibility is that the men who became involved in armed conflict after their release had not in fact been involved in any prior fighting, but were radicalised by their detention. In the video he made before blowing himself up, al-Ajmi maintained that he was motivated by his ill-treatment in Guantanamo Bay. "Twelve thousand kilometers away from Mecca, I realized the reality of the Americans and what those infidels want," he said(8). He claimed he was beaten, drugged and "used for experiments" and that "the Americans delighted in insulting our prayer and Islam and they insulted the Koran and threw it in dirty places."(9) Al-Ajmi’s lawyer revealed that his arm had been broken by guards at the camp, who beat him up to stop him from praying(10).

The accounts of people released from Guantanamo Bay describe treatment that would radicalise almost anyone. In his book Five Years of My Life, published a fortnight ago, Murat Kurnaz maintains that one of the guards greeted him on his arrival with these words. "Do you know what the Germans did to the Jews? That’s exactly what we’re going to do with you." There were certain similarities. "I knew a man from Morocco," Kurnaz writes, "who used to be a ship captain. He couldn’t move one of his little fingers because of frostbite. The rest of his fingers were all right. They told him they would amputate the little finger. They brought him to the doctor, and when he came back, he had no fingers left. They had amputated everything but his thumbs." The young man – scarcely more than a boy - in the cage next to Kurnaz’s had just had his legs amputated by American doctors after getting frostbite in a coalition prison in Afghanistan. The stumps were still bleeding and covered in pus. He received no further treatment or new dressings. Every time he tried to hoist himself up to sit on his pot by clinging to the wire, a guard would come and hit his hands with a billy-club. Like every other prisoner, he was routinely beaten by the camp’s Immediate Reaction Force, and taken away to interrogation cells to be beaten up some more(11).

Fathers were clubbed in front of their sons, sons in front of their fathers. The prisoners were repeatedly forced into stress positions, deprived of sleep and threatened with execution. As a senior official at the US Defense Intelligence Agency says, "maybe the guy who goes into Guantanamo was a farmer who got swept along and did very little. He’s going to come out a fully fledged jihadist."(12)

In reading the histories of Guantanamo Bay, and of the kidnappings, extrajudicial detention and torture the US government (helped by the United Kingdom) has pursued around the world, two things become clear. The first is that these practices do not supplement effective investigation and prosecution; they replace them. Instead of a process which generates evidence, assesses it and uses it to prosecute, the US has deployed a process which generates nonsense and is incapable of separating the guilty from the innocent. The second is that far from protecting innocent lives, this process is likely to deliver further atrocities. Even if you put the ethics of such treatment to one side, it is surely evident that it makes the world more dangerous.

2. Department of Defense, 12th July 2007. Former Guantanamo detainees who have returned to the fight.

4. Office for the Administrative Review of the Detention of Enemy Combatants at US Naval Base, Guantanamo Bay, Cuba, Department of Defense, No date given. Abdallah Salih Ali Al Ajmi: summary of evidence. Pp8-9 of the pdf file.

5. Department of Defense, no date given. Summarized Administrative Review Board Detainee Statement. Page 47 of the pdf. .
6. No author given, 26th May 2006. 5 ex-Guantanamo detainees freed in Kuwait. Associated Press.

11. Murat Kurnaz, 2008. Five Years of My Life: An Innocent Man in Guantanamo. Palgrave Macmillan. Extracted in the Guardian, 23rd April 2008.

7.8 On The Richter Scale