How Not To Fight Modi

What we see today is the banality of moralising: Progressive elites seem to assume that once they declare Narendra Modi evil, the rest of the population will or should just follow this diktat and reject 'fascism' resoundingly. 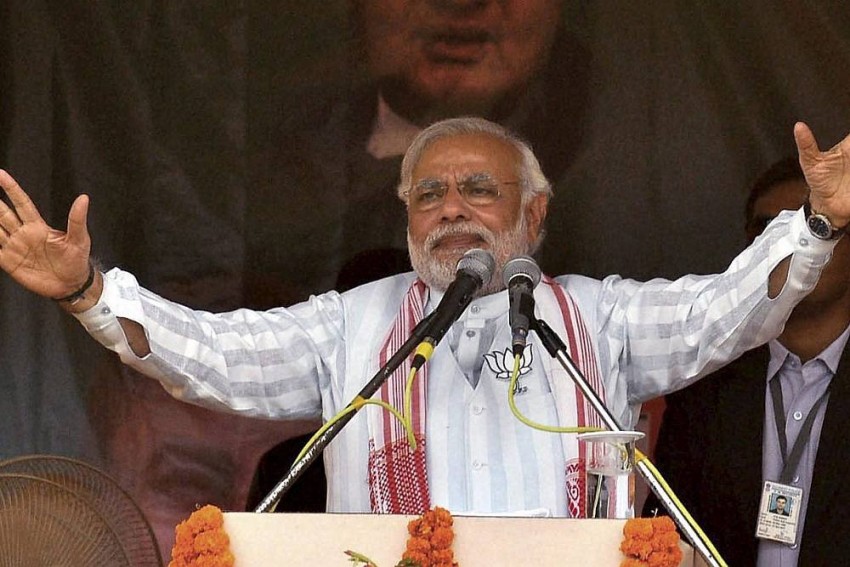 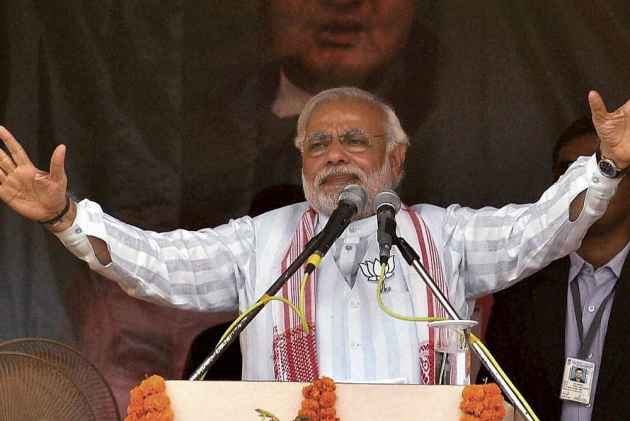 Some time back I had written a piece called 'Bal Thackerary or why the communists did nothing'. I had then wanted to know how left-leaning working class of Mumbai shifted by the 1980s to the Shiv Sena. Could we for example talk about things like the 'mistakes' left parties made? Just as we could find links between these 'mistakes' and the rise of the Shiv Sena, so also today such links can be found with the rise of 'soft fascism'. Now I feel we have grounds to write, 'Narendra Modi, or why the left and secularists did nothing'.

Just as I write, I see news that the left declares that it is not in favour of repealing the AFSPA Recall what happened in Singur and Nandigram and ask: was the left's development model in Bengal any less repressive than Modi's in Gujarat? Is this another mistake the left made which will contribute to the rise of Modi? For if you want to go right, then voters would go not for you the pseudo-right but the real, original right-wing.

Or, take for example how right-wing violence and riots invoke immediate condemnation of communalism and the scourge of Hindu majoritarianism' but when thousands of Naxal youths or Adivasi Maoists were massacred these elite 'radical democrats' had nothing to say—the 'idea of India' must be defended at any cost.

In other words, in opposing Modi, they do so from the vantage point of the established liberal constitutional order which is taken to be essentially democratic and liberal and progressive. Hence this elite understands the Modi phenomenon (including the 2002 pogrom) to be only an aberration from the supposedly beautiful idea of India. There is a problem with this liberal stance, no matter how 'progressive' it seems.

They are progressive in opposing Modi, the supposed fascist, but they are conservative and regressive in defending the status quo given by the liberal constitutional order. Hence the most conservative, fascist forces become radical and forward looking, with an 'agenda for change' while the so-called progressives become a carry-over from the past. These progressives forestall radical change and hence have nothing to offer the people. Their anti-Modi attitude is just that, an operation to sideline 'soft fascism' and reinstate the liberal dictatorship of the bourgeoisie. It is empty and vacuous.

This is where we see today the banality of moralising against Modi. If not Modi himself, such an elite and their empty politics is surely the recipe for the emergence of authoritarianism and soft fascism.

You had Amartya Sen grandstanding about how he does not want Modi as PM. Then there are those who declare Modi as the absolute embodiment of evil. The worse case was of U.R. Ananthamurthy declaring that he will leave India if Modi becomes PM. Nobody knows how these pronouncements will actually help to forestall the impending 'fascist' or 'soft fascist' disaster.

And then there are otherwise perfectly legitimate positions that denounce Modi as fascist and dictatorial. They rightly fear that Modi will possibly mean disaster for Indian democracy. But they forget that Modi is seeking power not through a coup but through 'popular mandate’ in elections. There is no engagement with why people vote for Modi. These progressive elites seem to assume that once they declare Modi evil, the rest of the population will/should just follow this diktat and reject 'fascism' resoundingly.

Yet another brand of anti-Modism comprises scholars who painstakingly show, with facts and figures, that the 'Gujarat model of development' is not as successful as is claimed. The assumption seems to be that if only the true facts about him were to come out and get properly disseminated, people will automatically reject and abhor him—the ‘stimuli’ of 'true facts' or high moral denunciations are expected to as it were automatically invoke an anti-Modi ‘response’ from the electorate! Here, Shiv Visvanathan for once gets it right: evidence and facts cannot break the Modi narrative.

Another lameduck approach relates to the 'Modi wave'. The role of big media and big corporate houses, if not spin doctors like M J Akbar is rightly highlighted in the creation of 'Brand Modi'. Thus Siddharth Varadarajan, in a recent piece in Seminar, rightly points out that Modi is promoted and propped by Corporate India. But he does not seem interested in asking how come ordinary people seem so ready to vote Modi to power—are they all also in the pay of Corporate India? Or are we to assume, as is the wont of the elite, that the people are all brainwashed—'the people do not know', a case of 'false consciousness'?

There is a refusal of any engagement with the masses and with the many crucial levels and mediations that marks Modi's rise to power through mass electoral politics. There is a short-circuiting here, which wants to somehow directly forestall Modi becoming PM by defaming him, shaming him in the court of an imagined democratic court of high moral values and clean virtue. This 'court' has no connection with the masses or with any real people's struggle and is nothing but one of liberal constitutionalism and 'clean' capitalism—no wonder, Varadarajan accuses Modi of crony capitalism while the masses would have wanted to oppose capitalism itself!

Bringing out the truth about Modi, 'exposing him for what he is', therefore becomes pontification and abstract moralising. It is a perfect recipe for grandstanding, with no real content, a kind of obsessive and empty moralizing against ‘evil of fascism'.

It comes down from its abstraction only to mechanically invoke institutional and legal instruments against Modi—the possibility of nailing Modi through a narrowly defined 'legally permissible evidence' of Modi's involvement in the 2002 pogrom. Here it finds a short-cut technical fix and goes gaga about how India's robust democracy has ample resources to squash 'fascism'. Only to find that these resources serve Modi better. Modi got an upper hand with the 'clean chit' for the spuriously cited lack of 'evidence'. Pushed back further, the anti-Modi moralisers now fight Modi by pointing out that 'in any case' Modi as PM is morally indefensible.

This lameduck approach of 'fighting fascism' seems to then work through giving Modi a bad character certificate so that the elite can sit back even as he will then automatically lose all support among the people and BJP will be thrashed! In other words, the lazy elite was waiting for a legal verdict and then go on an overdrive to then malign Modi—till they hear that actually it is not Modi's innocence which is fetching him support but precisely his guilt, the guilt for which they wanted to hold him responsible! For Modi, this guilt is better than innocence, for it stands for his truthfulness to the Cause, that which makes him vikas purush if not lauha purush. The court gives Modi a clean chit, the 'public' gives him a rousing ovation.

While holding the media and some conspirators responsible for the 'Modi wave', this progressive, politically correct elite refuse to really engage with the ground situation and want to rely on institutional procedures and court mechanisms to keep Modi out by bringing out the truth.

Never was truth—the truth about Modi—so miserably incapacitated, so politically weak as in the hands of our anti-Modi liberal elites.

So instead of crying wolf about leaving the country if Modi comes to power, it would be better to be here and go deeper into India. In blaming only the big media and corporate houses for the rise of Modi, the anti-Modi progressive camp displays its own dependence on the good will and supposed democratic sensibility or leanings of corporate India, the Congress and like entities—and one's own bankruptcy and spinelessness.