2 Years Since Burhan Wani's Death: How Hizbul Commander Changed The Discourse On Militancy In Kashmir 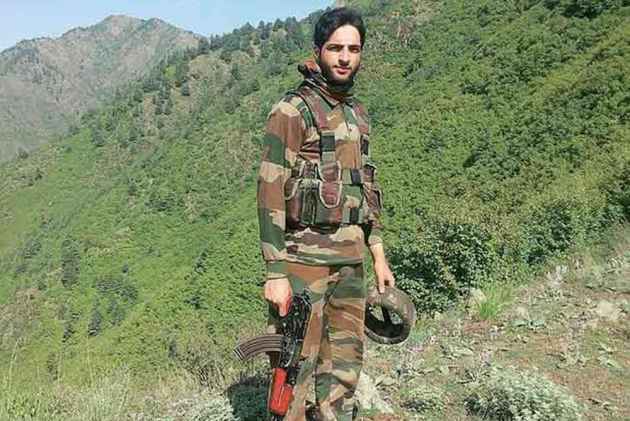 On the second death anniversary of militant commander Burhan Wani on Sunday, security experts in Srinagar say the politics and the militancy pattern in Jammu and Kashmir could be divided into two: Pre-Burhan and Post-Burhan. The 22-year-old militant, they say, not only changed militancy narrative in Kashmir, but also gave a new shape to the politics of the restive region.

Until Wani, militancy in Kashmir followed the model of 1990s -- a generation which had seen only militancy and counter-insurgency operations of the security forces. “Those who had seen the 1990s, knew that militancy is all about tough life, arrest, suffering, torture and anonymity.  By 2010, the militancy had almost died in Kashmir,” says a senior police official.

In 2010, he says, around 50 to 60 militants were operating in Kashmir and most of them were foreigners.

READ ALSO: The Human On The K-Table: Time For A New Narrative To Break Logjam in Kashmir

Wani joined militancy at the age of 15 on October 16, 2010, after he was allegedly beaten up by some security personnel at his hometown Tral in Pulwama.

Son of a government school principal, Wani joined Hizbul Mujahideen and managed to lift the veil of secrecy from militancy by posting his pictures on Facebook. This was unprecedented!

READ ALSO: Valley Of No Return: Kashmiri Pandits Have Little To Hope For

In Wani and his associates, as a senior police official puts it, the new generation saw a new avatar that looked glamorous.

“The guerrilla insurgency is about adopting 90% safety measures. But Burhan flouted every rule in the book with the sole aim to get shore up support for militants. After 1992, it was for the first time that militants were enjoying the support that looked insane. You saw people rushing to save militants during gunfights instead of running away from the spots. It happened post-Burhan,” a senior official with a police intelligence wing, says. The official described him a cautious militant, who was hesitant to criticise separatists or militant leadership.

“With anti-India sentiment already existing -- due to several political reasons coupled with two unrests of 2008 and 2010, killings of civilians and heavy presence of security forces -- all that was needed was a trigger. Burhan was proved to be that trigger, and within a few months of his killing you saw youth lining up to join the militancy,” says the official. He says the security apparatus was also not aware how popular he was and how he used social media to his maximum advantage.

By July 8, 2016, Wani had brought the militancy to every home and every phone in the Valley, and when he was killed in the operation in South Kashmir’s Kokernag area, the Valley rose to protest, which continued for seven months.

As clueless security forces fired bullets and pellets on the protesters, that left nearly 90 civilians dead and around 2,3000 wounded, the sentiments of separatism further escalated.

Pakistan and the militant groups operating from across were quick to understand what came to pass in Kashmir in 2016. Raking up Kashmir at the UN, former Pakistan prime minister Nawaz Sharif glorified Wani as a "young leader".

READ ALSO: Boots Off The Ground

On July 19, 2016, Pakistan organised a black day in protest against Kashmir killings and later described the “movement of Kashmiris as freedom movement”, and it was approved by the cabinet in Pakistan. The police official says it was after the Wani’s killing that the militant groups like Jaish, saw a fresh opening in Kashmir.

As the 2016 crackdown to contain the volatile situation led to arrest of more than 10,000 protesters involved in stone-throwing in the Valley, the situation became so tense that the Election Commission is still unable to hold by-elections in the Anantnag Parliamentary seat. And when by-elections were held for Srinagar Parliamentary seat in April last year, a low percentage and killings of civilians marred the process.

After Wani’s killing, his name surfaced at hundreds of places across Kashmir region, with Burhan's town, Burhan Colony, Burhan Chowk, written on the brick-walls, shop shutters, government buildings in almost all towns and villages in the Valley.  More than 2 lakh people are estimated to have participated in his funeral, and since then militants joining funerals of fellow militants have become new normal.

Unlike 2008 or 2010 mass protests, in 2016 summer agitation militants openly addressed the rallies reminiscent of 1990s, and it also pushed mainstream parties to the margins. After Wani’s death, nearly 300 local youth joined militant ranks, and since then at least 150 civilians and 350 militants, mostly locals, were killed in various parts of Kashmir. Presently, 250 militants are active in Kashmir and most of them are local boys.

“Burhan did nothing with the gun, but he romanticised the death, and that is the most dangerous thing which could happen to any generation. Today, you have militants who are not remembered for anything except the huge funerals,” says a senior Peoples Democratic Party (PDP) leader.

He says Mufti Mohammad Sayeed had given instructions that local militants shouldn’t be killed as a dead militant is more dangerous than one alive. “Every grave becomes a shrine…But security establishment didn’t realise it,” he says.