It’s time for a new narrative and ­idiom to break the logjam. A Kashmir ­Roundtable finds early signs of meeting points that may open new roads. 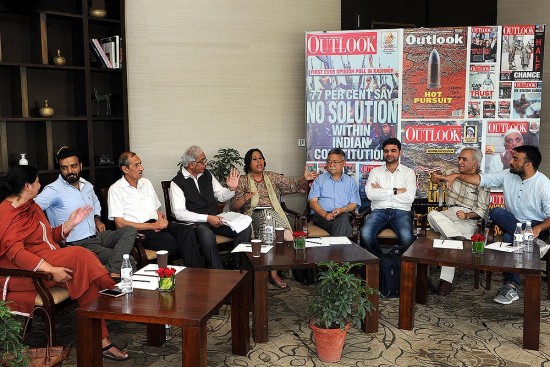 The sea of mourners at the recent funeral of a ­Lashkar-e-Toiba militant killed by security forces in Anantnag of south Kashmir reemphasised what we have already known, but refuse to ­readily acknowledge: an ever-deepening divide that separates the people of the otherwise picturesque region from the rest of the country, including the rulers in Delhi.

The turnout at the funeral was also proof that with every ‘success’ registered by the security forces, we are not ­getting any closer to a resounding victory.

If anything, these ‘successes’ help in feeding local ­grievances and losing more ‘hearts and minds’. Lives are being lost without any tangible gains. Kashmiris are bearing the brunt of the turmoil, but even India is bleeding, with casualties on both sides, including soldiers made to make the ultimate sacrifice. This utter hopelessness and cycle of violence have been allowed to fester for far too long.