Jeroen Hertzberger scored the tournament's first hat-trick as the Dutch mauled the Asian Games silver medallist at the Kalinga Stadium. 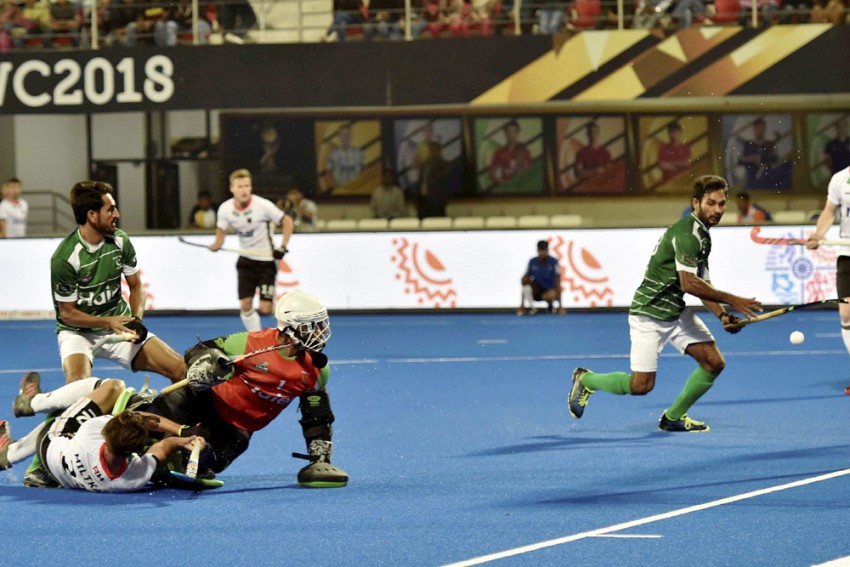 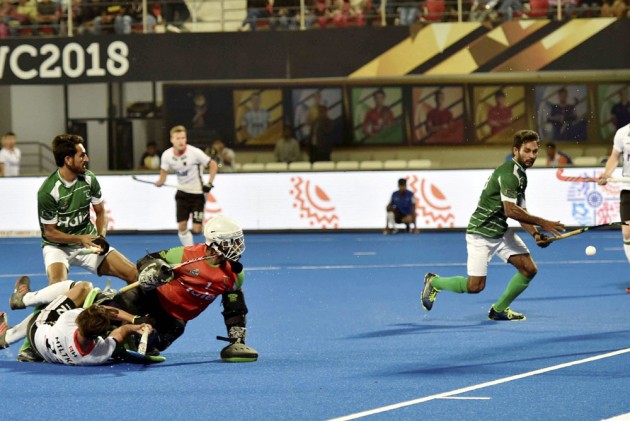 The first round of 2018 FIH Men's Hockey World Cup pool matches completed on Saturday with the Netherlands thrashing Malaysia 7-0 while a fighting Pakistan going down to Germany 1-0 as the 'group of death' showed its quality at the Kalinga Stadium, Bhubaneswar, Odisha.

In the first match, three-time champions and tournament's second most successful side made short work of the Asian Games silver medallist Malaysia with Jeroen Hertzberger scoring the tournament's first hat-trick.

Despite their reputation of being one of the fast-improving sides and also fighting spirit, Malaysian challenge never materialised as the Dutch continue to score at will.

It was followed by an intense clash between four-time champions Pakistan against Germany. Pakistan produced lion-hearted performance before going down 0-1 to Olympic bronze medallist in the Pool D match.

The result will go as a credible one for the most successful team in the tournament's history considering the fact that the nation did not have a great build up to the tournament.

There were doubts over Pakistan's participation due to lack of funds and only a last-minute sponsorship deal with Haier made it possible for them to make the trip.

One of the most celebrated teams of yesteryears, Pakistan hockey has been on a decline over the last few decades and they also suffer from a lack of exposure.

Currently ranked world no. 13, Pakistan gave a tough fight to the world no. 6 Germans by holding them till the 36th minute.

The only goal of the match was scored by Germany's Marco Miltkau in the 36th minute.

With Pakistan in action, it was a highly-anticipated encounter for the hockey fans of the city, especially after the neighbour's indecent behaviour during the 2014 Champions Trophy.

But the crowd behaved in a mature way, supporting the good moves of both the teams.

It was all about defending for Pakistan in the first two quarters and they did that stoutly, denying the little chances Germany created in the opening 30 minutes.

Germans used both the flanks to create opportunities but Pakistan meant business and fought valiantly to keep a clean slate.

Pakistan goalkeeper Imran Butt came to his side's rescue on two occasions, the notable between them was the first chance created by the Germans in the third minute when he kept out Benedikt Furk's neat deflection from Christopher Ruhr's pass.

Pakistan fought valiantly to keep a clean slate at the halfway mark.

But after the change of ends, the match opened up with both the teams going on the offensive.

It was Germany who finally broke the shackles six minutes after the break when Miltkau pushed in Niklas Wellen's deflection past an onrushing Imran Butt.

If the first half was a damper in terms of attacks, the Pakistanis created bright chances in the last two quarters.

The match produced just one penalty corner which went to Germany in the 41st minute but it did not make any difference.

Minutes later the Germans came close once again when Wellen's shot from inside the circle went just wide.

Six minutes from the final hooter, Miltkau found the net again but Pakistan protested the goal and asked for video referral which suggested that the ball got in after getting a deflection from the German striker's legs. The goal was disallowed.

Thereafter, Pakistan pressed hard in search of the equaliser but failed to create any purposeful move.

Pakistan next have a big game against Malaysia on December 5 while Germany will be up against the Netherlands.

On Sunday, host India will take on Belgium while Canada face South Africa in their respective Pool C second round matches.