According to DRI, Kulshreshtha, part of a major global hawala syndicate, was intercepted by the agency officials when she was boarding a flight at Delhi's IGI Airport for Hong Kong 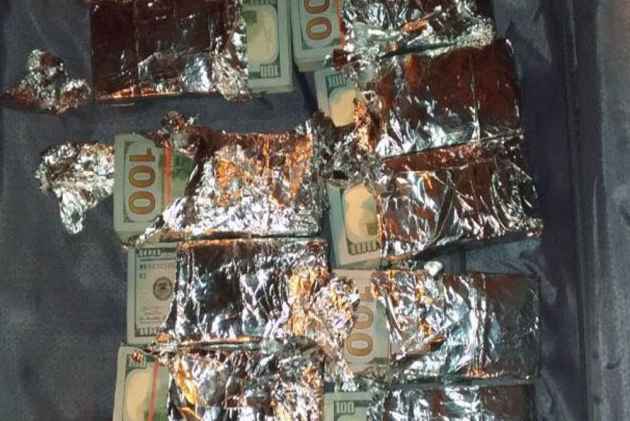 A female flight attendant of Jet Airways and an agent, arrested by the Directorate of Revenue Intelligence (DRI) for allegedly trying to smuggle out foreign currency worth over Rs 3 crore, were on Tuesday sent to judicial custody for two days.

Metropolitan magistrate (MM) Ritu Singh sent 25-year-old Deveshi Kulshreshtha and Amit Malhotra, 39, identified as an alleged hawala operator by the DRI, to jail after the agency requested the court that the accused be remanded to judicial custody for two weeks "for the time being".

The court directed that the accused be produced on January 11 before the concerned magistrate.

The agency told the court that the offence committed by them was cognisable and non-bailable and added that the investigation was pending.

According to DRI, Kulshreshtha, part of a major global hawala syndicate, was intercepted by the agency officials when she was boarding a flight at Delhi's IGI Airport for Hong Kong on Monday.

"During examination of her checked-in and hand baggage, $4,80,200 wrapped in aluminium foil, having a market value of Rs 3.25 crore, has been recovered," the agency said.

"In her voluntary statement, she admitted the aforesaid recovery, seizure and other incriminating facts. She also inter-alia named No. 2 (Malhotra), hereinabove to be concerned with the smuggling of the recovered and seized foreign currency," the DRI said.

It said the lady had carried foreign currency several times in the past at the behest of Malhotra, a Delhi-based hawala operator based in Vivek Vihar area here.

It alleged that Malhotra was following a modus operandi of using crew members for smuggling of forex and had befriended the Jet Airways crew member six months ago during a flight to India.