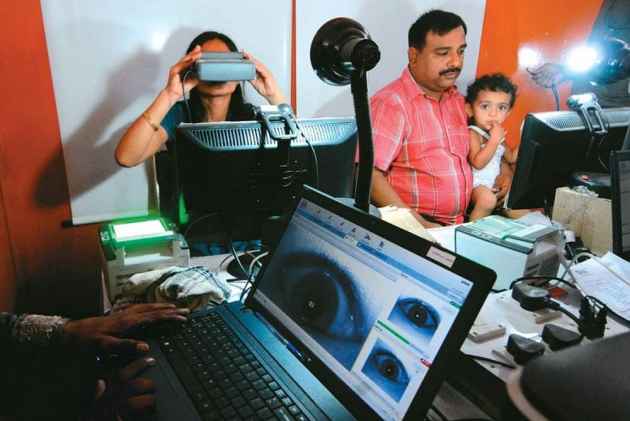 The government has made biometric identification Aadhaar mandatory for all post office deposits, PPF, the National Savings Certificate scheme and Kisan Vikas Patra.

Existing depositors have been given time till December 31, 2017 to provide the 12-digit unique identification number.

"Provided that where Aadhaar number has not been assigned, the depositor shall submit proof of application of enrolment for Aadhaar," the notification dated September 29 said.

Existing depositors who have not provided Aadhaar number at the time of application for such deposit "shall submit his Aadhaar number to the post office savings bank or deposit office concerned, on or before December 31, 2017," it added.

The government has insisted on quoting Aadhaar for bank deposits, obtaining mobile phone and several other utilities to weed out benami deals and blackmoney.

Last month, it extended the deadline for obtaining Aadhaar for availing government schemes and subsidies by three months to December 31. Earlier, those who did not have Aadhaar were asked to procure it by September 30.

As many as 135 schemes (of 35 ministries) including the free cooking gas (LPG) to poor women, kerosene and fertiliser subsidy, targeted public distribution system (PDS) and MGNREGA will be covered by the extension.

"As a result of the review of welfare schemes covered and to provide the benefits of such schemes to all eligible beneficiaries of the scheme, it has been decided to further extend the stipulated date in all such notifications up to December 31, 2017," an order dated September 26 said.

Besides, it would be applicable for national apprenticeship and skill development schemes, crop insurance schemes, interest subvention scheme, scholarship and fellowship schemes, various education programmes such as mid- day meal for children and Atal Pension Yojana.

There will be no denial of services in the interim period.