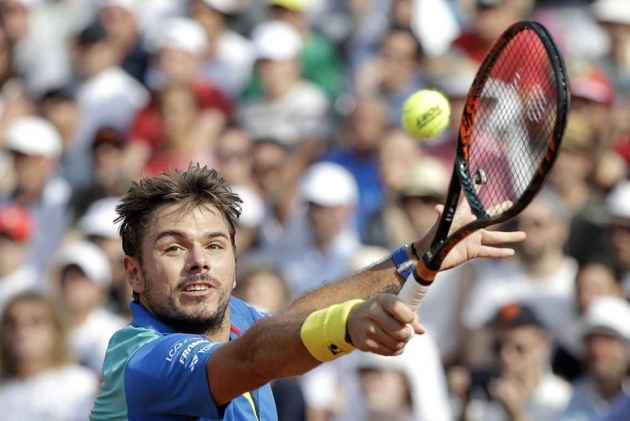 In the men’s section, top-seeded Andy Murray and third-seed Stanislas Wawrinka booked spots while third-seed Simona Halep of Romania and Frenchwoman Caroline Garcia from the women laid claim to berths in the quarter-finals of the French Open.

“I think today was probably the best I have played overall. Conditions were difficult. It was pretty windy out there. Each [of the four] matches I feel like I played better. I have hit the ball cleaner and started to see the right shots at the right moments. I’ve come a long way the last 10 days or so,” said Murray, who registered his 650th tour-level match win.

Wawrinka was delighted with his win over home favourite Monfils. “It was a tough match, tough conditions, quite windy and a lot of tension because we know each other so well; it was mentally challenging. I think we were both very tense. So it was important to stay strong with myself, and I'm happy to get through this match,” he said.

In the only match involving two Indians pitted across the net, seventh seeds Rohan Bopanna and Gabriela Dabrowski of Canada defeated second seeds Sania Mirza and Ivan Dodig of Croatia 6-3, 6-4 to enter the mixed doubles semi-finals.