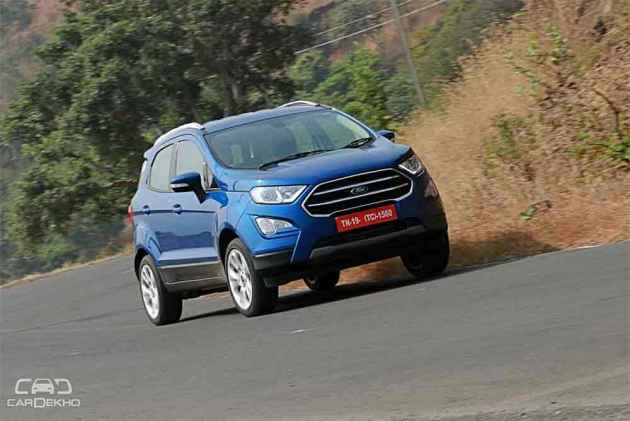 If you are planning to buy a new Ford EcoSport, we have news for you. Ford has updated the feature list of its sub-4m SUV with a marginal increase in prices.

The EcoSport now gets speed-sensing auto door lock, rear parking sensors and passenger seat belt reminder as standard across the range. Other additions include the introduction of a rear parking camera on the Trend, Trend + and Titanium variant (earlier limited to Titanium + only) and a new 9-inch touchscreen infotainment system on all variants except the top-spec Titanium +, which continues to get the 8-inch unit. The base-spec Ambiente variant, on the other hand, misses out on a touchscreen audio system. Earlier, the EcoSport was offered with a 6.5-inch and 8-inch touchscreen only, depending on the variant.

However, features such as SYNC 3, Apple CarPlay, Android Auto, Ford MyKey and ambient lighting are now limited to the top-spec Titanium + variant only. Earlier these features were available in lower variants as well.

Here are the updated prices of the EcoSport (ex-showroom Delhi) 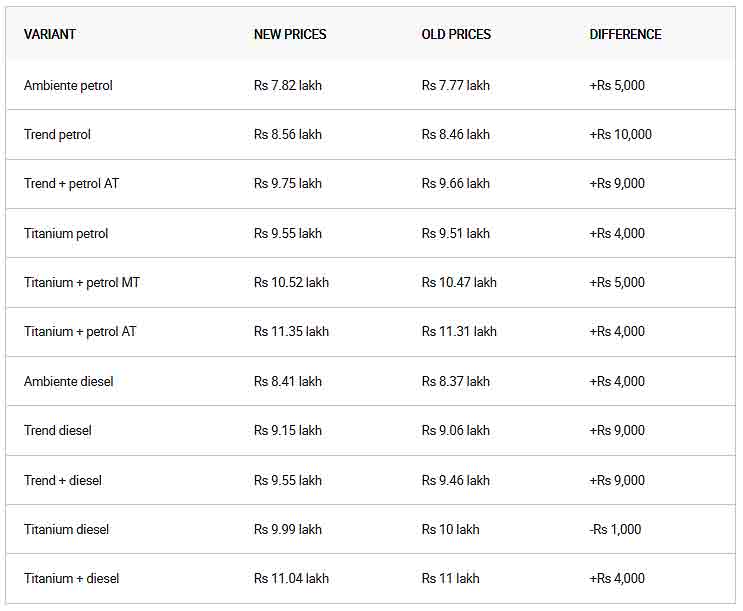 With more features in its kitty, the prices of the EcoSport have also been updated. The Trend variant, which now gets a rear parking camera along with other standard features that Ford is now offering sees the highest increase in price - Rs 9,000 for the diesel engine and Rs 10,000 for petrol. More importantly, though, the hike in prices with respect to the features added seems justified. 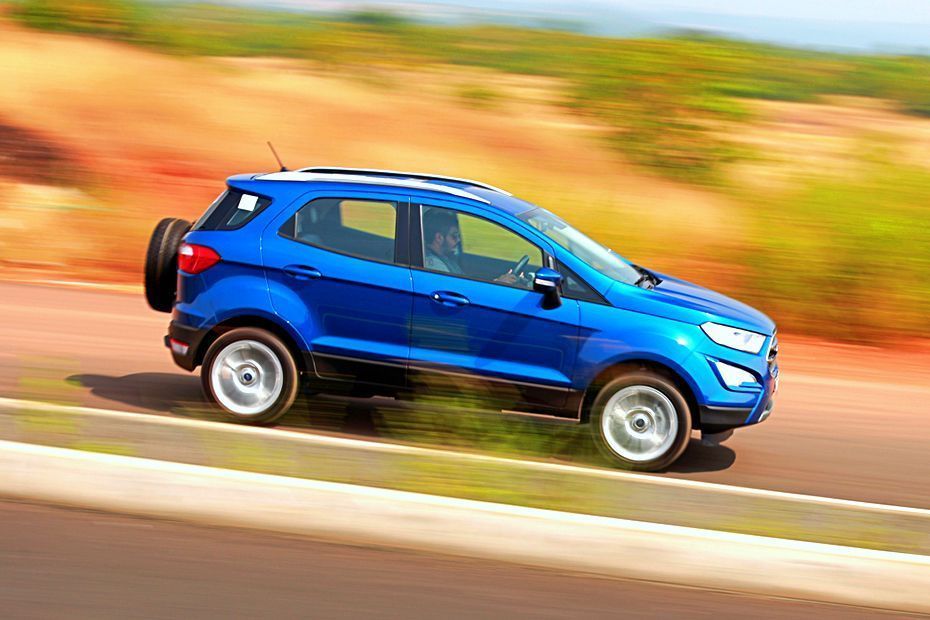 Mechanically, the EcoSport remains unchanged. It continues to get the same set of 1.5-litre engines like before. However, recently Ford launched the petrol Titanium+ EcoSport with a manual transmission, which was earlier offered only with a 6-speed AT.