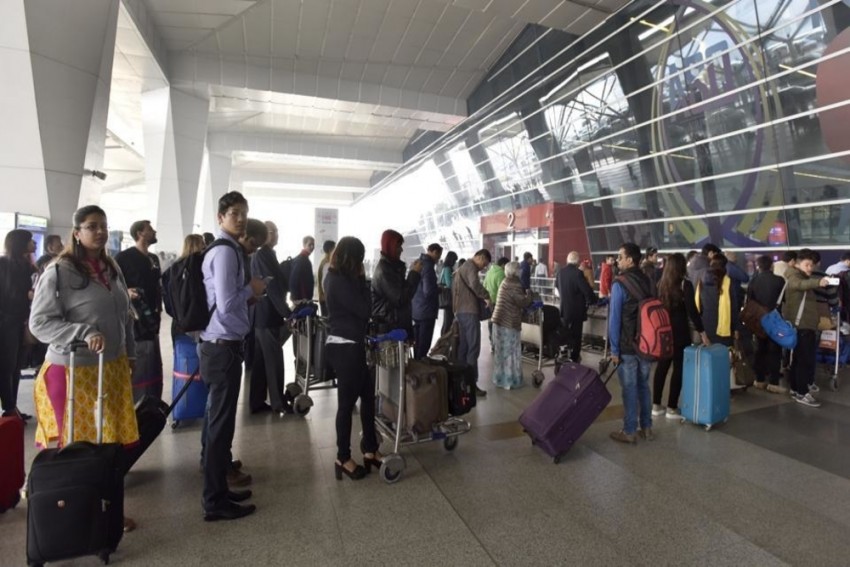 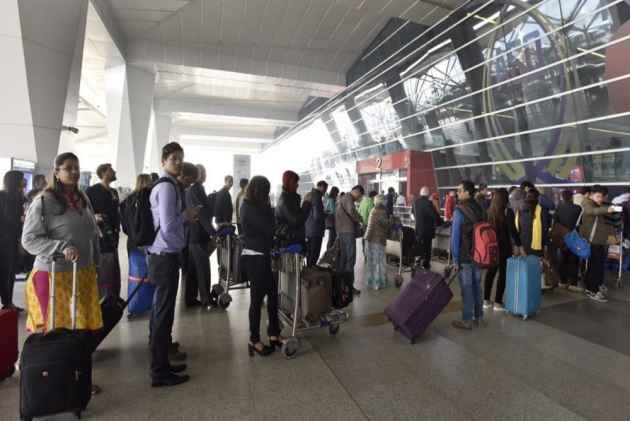 For the second consecutive day, operations at the Delhi airport have been suspended this morning after the visibility level on the runways dropped below 40 metres.

According to reports, the national capital was covered in a thick blanket of fog this morning while the minimum temperature settled at 6.4 degrees Celsius, a notch below normal for this time of the season.

Humidity was recorded at 97 per cent while visibility stood at 400 metres, a MeT department official said, adding the maximum temperature was recorded at 23.9 degrees Celsius, four notches above the normal.

Over 150 flights were delayed, nearly 50 diverted and an estimated 20 were cancelled as season's "worst" fog reduced visibility to 50 metres at the Indira Gandhi International Airport on the New Year's eve.

No flights could take-off from Delhi for nearly four hours between 7.30 am and 11.05 am, according to an airport official.

Take-offs from the IGI Airport require a minimum visibility range of 125 metres.

According to a Northern Railway spokesperson, at 6:30 am, 15 trains stood cancelled, 57 were delayed and 18 others were rescheduled due to poor visibility.

The weatherman has forecast clear sky with dense fog tomorrow the morning and, mist and shallow fog during the day.

Assam Tags 1.9 Crore Of Over 3 Crore Citizens As Legal In First NRC Draft