Extreme Rainfall Has Tripled In India Since 1950, Says Study

The study also shows an increase in the droughts 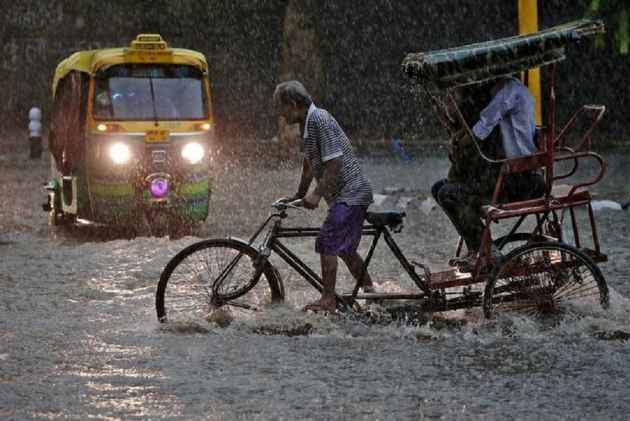 Violent floods in central India have tripled since 1950, according to researchers who warned of worse to come while offering hope for predicting them better in future.

The region of about half-a-billion people is regularly stricken by flash floods, landslides and torrential rains that kill thousands and displace millions of people, as well as drowning crops and livestock.

Floods cost India about USD 3 billion in losses every year -- about 10 per cent of the world total, according to the study in the journal Nature Communications.

"We find that there is a threefold increase in widespread extreme precipitation events over central India during 1950- 2015," the authors wrote.

The team also succeeded in tracking down the main culprit: moisture from the Arabian Sea in the north of the Indian Ocean.

As climate change continues to warm the ocean, the frequency and severity of killer storms in India are likely to increase, the team said.

But the ocean is also where the hope lies, in the form of a natural early-warning system.

"The fact that the extremes are linked to the warm ocean temperatures means that they are more predictable," Roxy Koll of the Indian Institute of Tropical Meteorology, a co-author of the study, told AFP.

"The warmest ocean temperatures appear two to three weeks before the extreme events," he said in an email.

"Also, these ocean temperatures stay for a week or more, giving a good opportunity for prediction."

Further research must be done and forecasting methods refined, the team said.

But once accurate predictions are possible, "schools and offices can be given holidays for those days when a red alert is given, and people living in low-lying areas can be moved to high-rise areas," Koll said.

"Warnings can be given for driving on those roads which are susceptible to flooding," he added.

Central India was one of the hardest-hit areas, even as it also struggles with dwindling regular rainfall, also blamed in part on the warming Indian Ocean.