EVMs May Be Tamper-Proof, Paper Trail Will Make Them Allegation-Proof

The ECI must ensure that flaws associated with the VVPATs are removed as soon as possible because democratic process cannot wait for technology to catch up.... 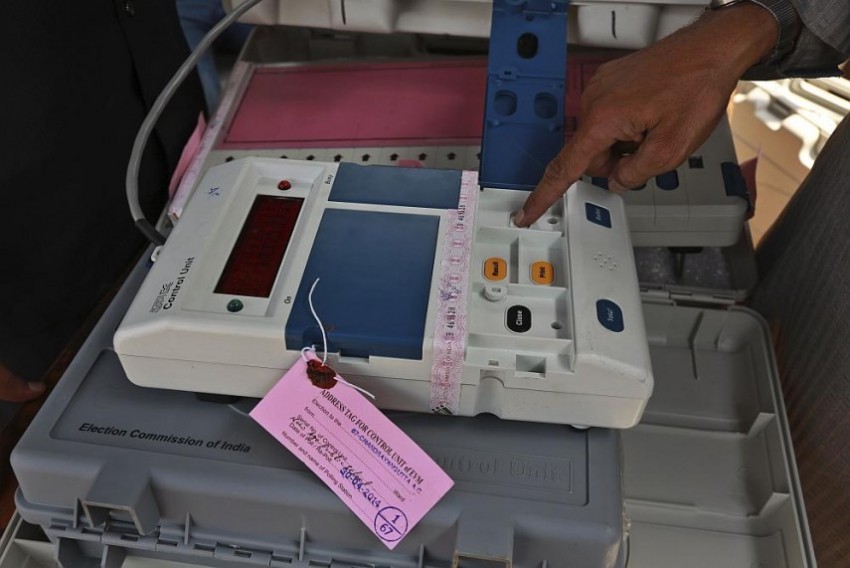 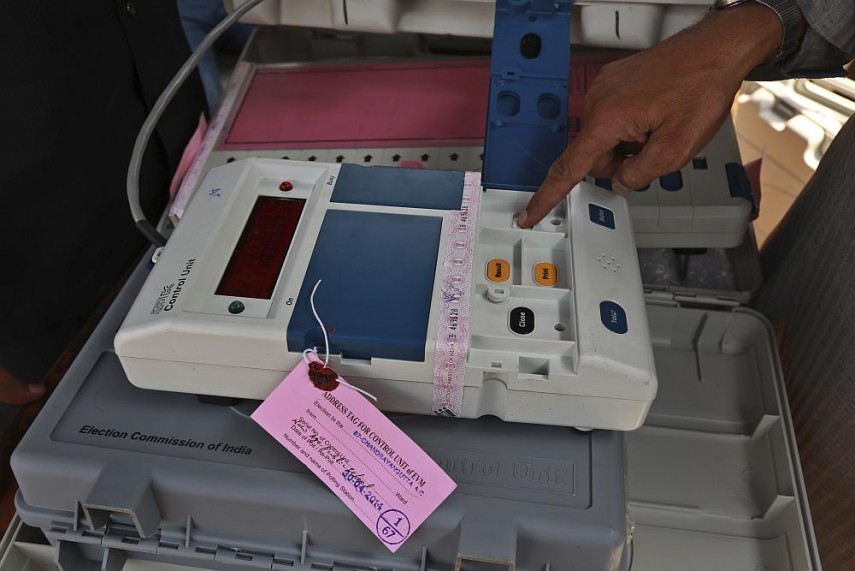 The election results in India’s biggest state Uttar Pradesh, which defied the predictions of various pollsters and political pundits, and reduced regional parties to virtual insignificance in the state assembly, has prompted some political figures to question the sanctity and reliability of the electronic voting machines (EVMs). This is not the first time that the reliability of EVMs has been questioned after the announcement of poll results. However, coming in the wake of BMC Election results where similar charges were leveled against these machines, the allegations should be taken seriously as they threaten to undermine the confidence reposed by the general public in the non-partisan nature of the Election Commission and its ability to conduct free and fair elections.

Reliability of the Electronic Voting Machines

To be fair to those leveling these allegations, they do have a point. EVMs are not perfect. In 2010, the trio of Hari K. Prasad, Dr. J. Alex Halderman and Ron Gonggrijp  authored a study in which they claimed –

…in spite of the machines' simplicity and minimal software trusted computing base, they are vulnerable to serious attacks that can alter election results and violate the secrecy of the ballot. We demonstrate two attacks, implemented using custom hardware, which could be carried out by dishonest election insiders or other criminals with only brief physical access to the machines. This case study carries important lessons for Indian elections and for electronic voting security more generally.

The study was presented at the 17th ACM Conference on Computer and Communications Security, CCS'10 held in Chicago, United States. The co-authors also released a video of the tampering procedure and further said in an associated press release -

The researchers were also surprised to find that the vote-counting software in the EVMs is programmed into so-called ‘mask programmed microcontrollers,’ which do not allow the software to be read out and verified. Because these chips are made in the US and Japan, this has led to a situation in which nobody in India knows for sure what software is in these machines or whether it counts votes accurately.

The use of EVMs has also been a source of controversy across the world. Netherlands, Ireland, Germany and Italy have junked their use due to security concerns. Venezuela, Macedonia and Ukraine stopped using EVMs after it was found that they somehow had been rigged. Many other countries use paper ballots instead of EVMs as they find it to be a more reliable and secure way of conducting elections.

In our country, from L.K. Advani and Subramaniam Swamy of the BJP, Tarun Gogoi and Sanjay Nirupam of the Congress, Medha Patkar of the AAP, candidates from NCP, Shiv Sena and now Mayawati from the BSP -  virtually every party, at some time or the other, has questioned the reliability of the EVMs. The question then is – despite so many complaints, what is being done to address these issues by the Election Commission?

In 2013, in Dr. Subramaniam Swamy v. Election Commission of India, the Supreme Court ruled that “paper trail” is an indispensable requirement of free and fair elections. Speaking through (then) CJI P. Sathasivam, the Hon’ble court stated –

The apex court therefore asked the ECI to introduce the same in gradual stages or geographical-wise in the ensuing general elections and asked GoI to provide all required financial assistance.

Recently, in another petition filed by the Backwards and Minority Community Employees Federation (BAMCEF), the Supreme Court reiterated the necessity of VVPAT and asked the EC “to bring on record the approximate time within which the entire system of the VVPAT can be introduced, subject to grant of sanction and release of funds as and when required.”

The ECI, in an affidavit filed in the apex court in Dr. Subramaniam Swamy, had submitted that amendments would have to be made to the Conduct of Election Rules, 1961 for making VVPATs a reality. Consequently, the government notified the said amendments and introduced the necessary changes. The amended Rule 49A of the Conduct of Election Rules, 1961 now reads –

Where printer for paper trail is used, upon casting the vote by pressing the button under clause (b), the elector shall be able to view through the transparent window of the printer, kept alongwith the balloting unit inside the voting compartment, the printed paper slip showing the serial no, name and the symbol of the candidate for whom he has cast his vote before such paper slip gets cut and drops in the drop box of the printer.

VVPATs were first field tested across 5 states in July 2011. After the Supreme Court’s decision in Dr. Subramaniam Swamy and after notifying the amended Conduct of Election Rules, 1961, they were introduced on a trial basis in 13 Assembly Constituencies of the Maharashtra Legislative Assembly and 6 constituencies of the Haryana Legislative Assembly in the elections held in 2014. Their working was also tested in the just concluded Punjab Assembly Elections where the EC ordered re-polling in 48 booths after some of the devices malfunctioned.

Like the EVMs, VVPATs are not without their flaws either. In a study titled “Design and the Support of Transparency in VVPAT Systems in the US Voting Systems Market”, Joseph Lorenzo Hall of the UC Berkeley, School of Information analyzed the major VVPAT systems available in the US market and highlighted several issues ranging from paper jams, quality of the paper used, inadequate size of the record viewing area, contents of the VVPAT record not being read back to sight-impaired voters etc.  Concerns have also been raised about longer lines due to longer duration of polling because of the paper trail. This has implications for the rural areas where the fairness of the electoral process maybe comprised due to the polling hours being extended beyond evening.

The Conduct of Election (Amendment) Rules, 1961 do provide for a complaint mechanism in case a voter alleges that the paper trail did not correctly record his/her choice. Rule 49MA(1) provides that –

Where printer for paper trail is used, if an elector after having recorded his vote under rule 49M alleges that the paper slip generated by the printer has shown the name or symbol of a candidate other than the one he voted for, the presiding officer shall obtain a written declaration from the elector as to the allegation, after warning the elector about the consequence of making a false declaration

However, the process of filing the complaint form is a tedious one and coupled with the short duration for which the paper trail can be viewed and verified by the voter, the entire process will make it difficult for voters to approach the concerned authorities with their grievances unless the discrepancy occurs on a large scale.

Just like the EVMs, the VVPATs too are not perfect. However, even Lorenzo Hall concedes that these machines provide a “mechanism that short-circuits the need to trust the computerized system” and increases the fairness and transparency of the poll process. Continued efforts are neededto improve the design and remove the flaws associated with the current design of the VVPATs. Other measures to increase the fairness and transparency of the poll process must include training of polling and counting personnel with regard to the usage and functioning of the machines and large scale voter awareness drives that educate the ordinary voter of the need to compulsorily check the paper trail and match it with his/her choice of the candidate.

Although the Election Commission has been holding the field trials of these machines for quite some time now, the need is to implement the system of paper trails on an urgent basis in the forthcoming general elections, as directed by the Supreme Court. The ECI must ensure that design flaws associated with the VVPATs being tested are removed as soon as possible because democratic process cannot wait for technology to catch up with the legitimate expectations of the people. Otherwise continuous challenges to the fairness of the election process would undermine the trust of the general public as well as the candidates in the impartiality of the Election Commission and could result in serious crises.

(The writer is a graduate of Political Science and Law from the University of Delhi and is currently pursuing a Post-Graduate Diploma in Intellectual Property Laws from the Indian Society of International Law, New Delhi.)