Telugu actor Vijay Deverakonda is all in praise of actor Akash Puri, son of filmmaker Puri Jagannadh. The 'Arjun Reddy' actor believes that talented actors like him should do well in the film industry.

Deverakonda whose Bollywood debut 'Liger' is being directed by Jagannadh, attended a pre-release event of the film in Warangal, Telangana on Saturday evening. The event was attended by only the team of the film.

The movie stars actress Ketika Sharma as the leading lady. 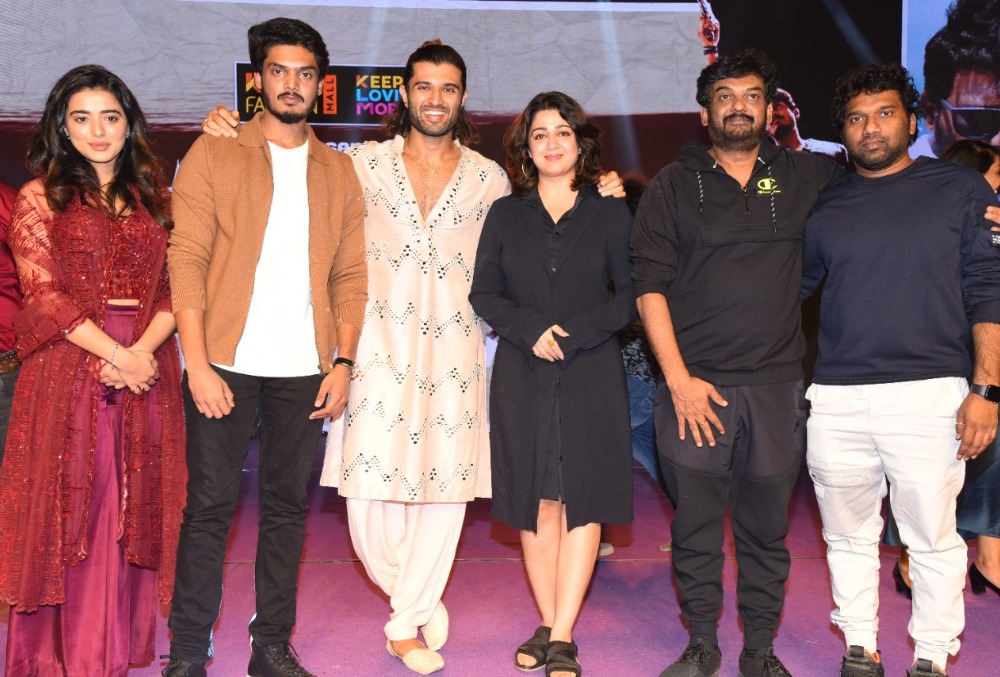 "I hope the film becomes a super hit. Music director Sunil Kashyap gave good music. Ketika is super intelligent and she has a good future. Akash has the fire in him," said Deverakonda before he turned to Akash and said, "You should make your father proud. I believe you will score a big hit."

Deverakonda added,"He (Akash) speaks positively even about a bad film. People like him should be here".

Akash, who made his acting debut with 2018 film 'Mehbooba' said that he has given the film his 100 percent and is excited for it to reach the audience.

"I am waiting for the movie release. I gave my everything for this film for 2-3 years. My father made a stunning comeback with 'iSmart Shankar' and proved everyone wrong. Some people say my career is finished. It's not over. I will prove them wrong and make my father proud. I will continue to do films irrespective of their results. I do not know anything except this," he said.

'Romantic' is directed by Anil Paduri and will be released in theatres on October 29.