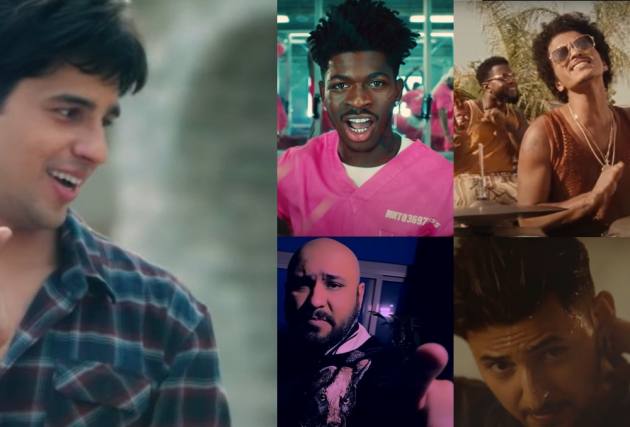 'Skate' by Silk Station, that is Bruno Mars and Anderson Paac. This single, typical of the Silk Station sound, has a very retro, funk pop rock vibe to it. It sounds like it is playing off an old transistor. Having said that, it is just so smooth and so beautifully-arranged, that it doesn’t sound like its been touched by time. Perfect song if you are planning to go for a long drive.

'Industry Baby' by Lil Nas X and Jack Harlow is the perfect song to describe to someone who wants to understand what kind of songs are being created in 2021. Lil Nas really mixes the pop vibe with hip hop and comes up with this really unique combination of a beautifully arranged pop song. The bass dominates the entire song and it becomes that kind of a song which you would like to listen to when you are with your friends.

'Raatan Lambiyaan' from the upcoming film 'Shershaah' is a beautiful romantic number that we had been missing in the film music space for a while. No prizes for guessing that it has been sung by Jubin Nautiyal, and his voice just perfectly captures the emotions of the song. This song is probably about the distance between two lovers and that restlessness and longing to meet their beloved. Asees Kaur has song the female portions of the song, and just like Jubuin she too has nailed the emotion in the song.

'Sach Keh Raha Hai' a recreation of RHTDM’s famous song Sach Keh Raha Hai by B Praak. Now B Praak’s voice is so powerful that half way into the song and you will forget all that bias you might have. His voice takes control of the entire song, and is just so powerful, that you will get lost in the song, without even thinking much about the fact that it is a recreation.

'Jannat Ve' by Darshan Raval is the perfect song for this rainy season. It has got that beautiful feeling, the sort of puppy love feeling that you’d always adjust with Darshan Raval’s music. Darshan Raval’s voice is very powerful and this song as well, it sounds a very run-of-the-mill hindi pop song, but Darshan’s voice just takes the song to a different level all together.