'Soumitra Chatterjee's condition has neither improved nor has it worsened. The condition is the same as yesterday as of now,' a family member said. 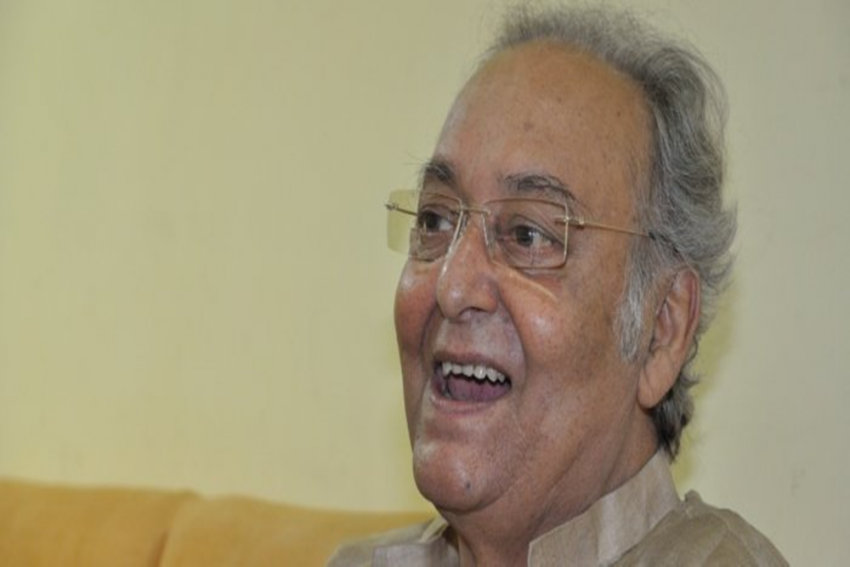 The 85-year-old thespians platelet count had dropped on Sunday.

"His condition has neither improved nor has it worsened. The condition is the same as yesterday as of now," a family member said.

A spokesman of the city private hopsital, where he is being treated, Sunday said in a statement "On the 20th day of hospitalisation and 17th day of ICU care Chatterjee's consciousness is not improving despite all our efforts. Rather it has decreased."

His platelet count is little on the lower side and his haemoglobin has gone down, he said.

"We have begun transfusion; we are correcting the platelet count. We are trying definitive therapy to end Covid encephalopathy which is the crux of the matter," the statement had said.

Encephalopathy is a general term to describe a disease that affects the function or structure of the brain.

"Our neuro board discussed ways like giving him invasive airway support after talking to his family," the spokesman said.

The level of urea and sodium in his blood has gone up, he said.

Stating that Chatterjee was "maintaining well on other organ functions," he said with prolonged ICU stay and invasive support there is always a chance of secondary complications due to his advanced age and co-morbidities.

"His organs like lungs and heart are working well and his blood pressure is normal but his consciousness is a cause f concern," the spokesman said.

The critically acclaimed actor was admitted to the hospital on October 6 after he tested positive for COVID-19.

Chatterjee, a Dada Saheb Phalke awardee, had tested negative for the infection last week after which he was shifted to a non-COVID ITU.