In a clip of the ‘uncensored episode’, which was aired earlier this month, Kapil Sharma jokingly asked Sidharth Malhotra if the kissing scene in the film was his creative input. 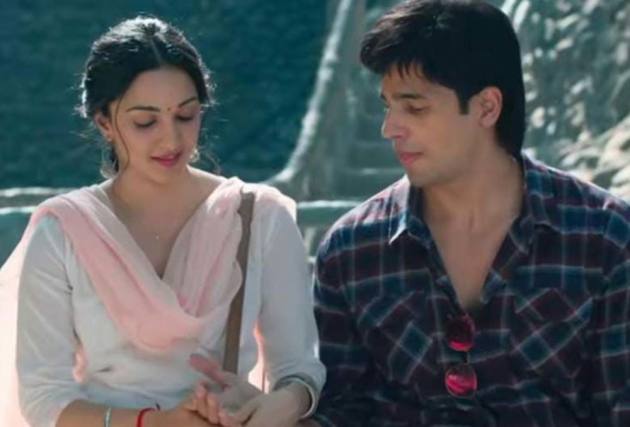 Bollywood actor Sidharth Malhotra recalled shooting for the kissing scene in ‘Shershaah’ with actress Kiara Advani with “great difficulty”, during a chat with popular comedian Kapil Sharma on his show ‘The Kapil Sharma Show’.

In the clip of the ‘uncensored episode’, which was aired earlier this month, Kapil Sharma teases Sidharth Malhotra and asked if the kissing scene in the film was his creative input.

Yeh waise story mein likha tha ya aapki creative input thi? (was the kissing scene a part of the script or was it your creative input?),” he asked.

After Malhotra assured him that 90 percent of the film was based on true events from Kargil martyr Captain Vikram Batra’s life, Sharma asked, “Woh baaki ke 10% ki baat kar raha hoon main (I am asking about the other 10%).”

Both Malhotra and Advani laughed, after which Malhotra revealed that the kissing scene was a part of the script, and the two actors, who are rumoured to have been seeing each other, found it ‘difficult’ while shooting for the scene in front of the camera.

“Nahi, nahi, woh bhi sab humne kirdaar ke liye… Karna pada, bohot mushkil se, forced… Zabardasti karna pada (No, no, it was all for the characters of the film. We had to do it with great difficulty and forcefully),” he said.