Script Matters, It Doesn't Matter Whether It Comes From Hollywood, Lebanon Or Kanyakumari: Tabu

"I am enjoying whatever I am doing without any fear and expectation. At this stage, I am in control of my life and I can take my decisions," says Tabu 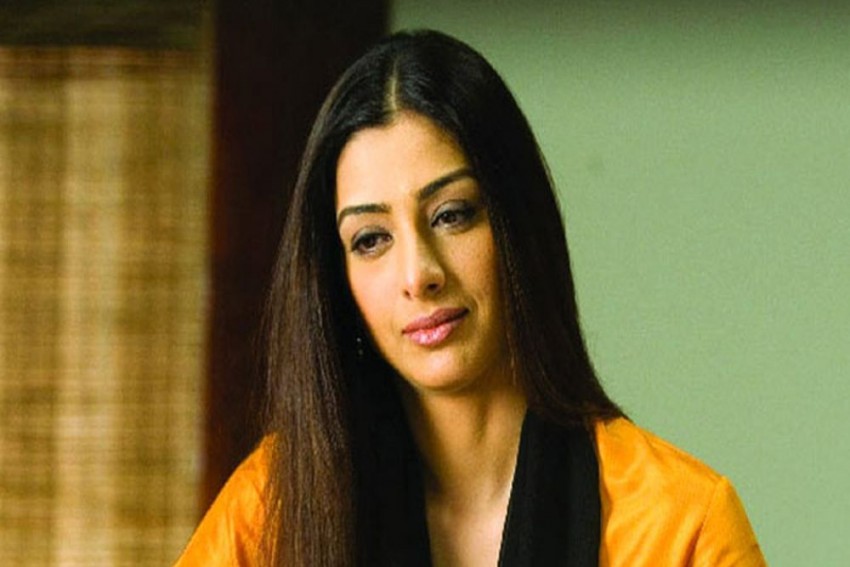 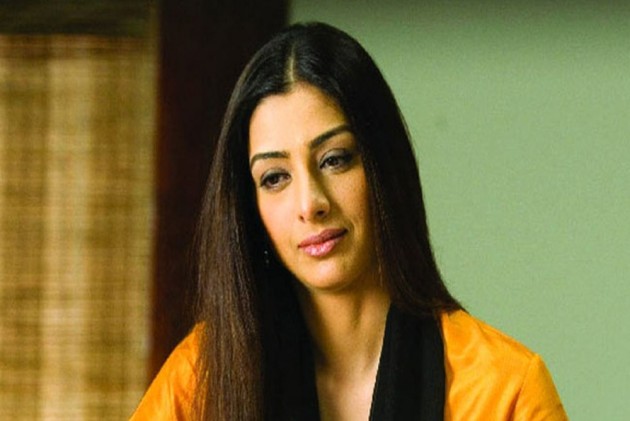 No other contemporary heroine has straddled the commercial and art cinema space the way Tabu has done in a career spanning nearly three decades. Equally at ease in the diametrically opposite worlds of film making, the Hyderabad-born actress, who has been basking in the box-office success of Sriram Raghavan’s Andhadhun since last year, tells Giridhar Jha why she has never distinguished one kind of cinema from the other. Excerpts from the interview:

Q:  Sriram Raghavan has been known as an intense director and you have had a reputation of being an intense actress. How was your collaboration with him for the first time in Andhadhun, a big hit last year?

A: That’s why we wanted to get together and do something. Sriram’s films are not about one character or two characters and he does not make a conventional hero-heroine kind of movie. Even if a character has one scene in his film, it has a relevance to the narrative. His films are different in so many ways. Prior to Andhadhun, I did not know Sriram’s method of work. Of course, I have been a big admirer of his work because I know that the kind of film that a director makes is a reflection of who he is as an individual. I was also interested in working with somebody who comes up with unconventional and unpredictable ways of storytelling. Andhadhun was very exciting and challenging for me at the same time because the characters did not know what was going to happen in their life in the next scene and where their life was going to take them. Obviously, the audience felt the same thing.

Q:  Andhadhun’s success has yet again underlined the importance of good content. Do you think that content-wise, the Hindi cinema is going through its best phase in a long, long time?

A: It is definitely a very good phase for people who want to make films without having the support of big stars. The content is the real star or the hero of a film today. There is certainly an audience for the smaller films, which is helping them make profits. The moviegoers have matured and the bulk of them happen to be the youngsters who are consuming good content from across the globe from all possible sources, including the internet. Smaller films have done very well in recent months. But it is not as though it is a new phenomenon. Even in the past, movies such as Rajnigandha (1975), Golmaal (1979) and Khatta Meetha (1980) had done well in their own way. There was always an audience for these kinds of movies. I had done also smaller movies with solid content like Astitva (2000) and Chandni Bar (2001).

Q:  Do you think it will make the star system redundant in near future?

A: The star system will survive and remain there forever. Both kinds of cinema, big and small, will survive. I feel a “star” has to be there to pull the audiences into theatres. It could be a hero or a heroine or the script; you need someone or something for your film. The Hindi cinema has been aspirational for a huge part of the Indian population and people want to look up to the stars. It is difficult for big-ticket films because stakes are higher there. It is not easy to make a big-ticket cinema. Everybody cannot do it. But yes, the lines between the two kinds of cinema are blurring now.

Q: Has the situation changed since you did Maachis (1996) quite early in your career?

A: I think the advent of multiplexes has helped a lot in promoting the content-rich cinema. If I talk about myself, Chandni Bar got a big boost from the multi-screen theatres and turned out to be one of the first big hits there.

Q: You have been doing all kinds of movies with consummate ease from the very outset of your career. You do a Haider (2014) on one hand, and a Golmaal Again (2017) on the other. How do you accomplish such a difficult balancing act?

A:  Simple! I don’t consider any film to be commercial or art, or, for that matter, regional or niche. I do all my films with a similar approach. I take up a project only if I like it and perform to the best of my ability and sincerity without thinking of anything else. Luckily, the audiences have accepted me in all kinds of cinema. This is the biggest gift and reward for me as an actress. The fact that the audiences have showered love on me in different kinds of movies has encouraged me no end. Frankly, I have been enjoying the best of both worlds.

Q: Some actors tend to look down upon commercial cinema once they get critical acclaim in offbeat films. But you have no qualms in accepting hardcore commercial films even now?

A: To tell you the truth, I consider myself to be a product of commercial cinema. I got my initial recognition through my early films such as Vijaypath. I love the commercial cinema. I have had more mainstream films in my kitty than the offbeat ones in terms of number. Later on, I did whatever I liked to do without distinguishing between the commercial and art cinema. Some characters which I did back then were different from the run-of-the-mill ones and nobody else was doing them. But I never thought one was better or worse than the other. Cinema is cinema.

Q: But your choice of movies such as Maachis and Hu Tu Tu (1999) at one point of time seemed to create a perception that you were more interested in intense offbeat movies, not the run-of-the-mill potboilers…

A: It’s not like that. Unconsciously, I wanted to find a niche for myself by doing the kind of work which I really liked. I accepted a role only if it was good enough regardless of the language and the genre. Every movie cannot give you similar things. There are different purposes for doing different movies. You do some movies for creative satisfaction, others for the directors. Money cannot be a criterion for each one of them. As an artiste, you have to select what you want. My choices have also stemmed from different requirements. There cannot be one criterion for your entire career.

Q: You have had great collaborations with film-makers like Gulzar and Vishal Bhardwaj? What was your experience of working with them?

A: Gulzar and Vishal Bhardwaj have given me the best characters in my career. I shall remain grateful to them not only for reposing trust in me but also giving a big responsibility to me. They had the conviction that I would pull off such difficult characters. It is a big thing for an artiste. They conceived strong characters and gave me the creative freedom in an industry where such roles are rarely written for an actress. Whatever you learn through such collaborations ultimately lays a foundation for your repertoire. I am blessed that I was around when all these people made movies.

Q: You have been a role model for many actresses who want to do all kinds of films without getting into an image trap? Did you always want to become an actress?

A: Not on your life. I was a studious student, keen on becoming a doctor. Never in my wildest dreams did I ever think that I would become an actress someday. But my elder sister (Farah) had become a big star by then and my mom had moved from Hyderabad to Mumbai to live with her after she signed Yash Chopra’s Faasle. Initially, I stayed back in Hyderabad to finish my studies. There was no plan, or aspiration on my part to become an actress. But call it a chance or accident, Shekhar Kapur saw me and asked me to do at least one film. That movie did not happen but I stayed on.

Q: But by that time you were already noticed for a cameo in Dev Anand’s Hum Naujawan (1985)?

A: I had signed Hum Naujawan during my school vacations when I was only 11 years old. But the first maiden offer to play a leading lady in a film came from Shekhar Kapur.

Q: In recent times, many women-oriented movies have done well. What reasons do you ascribe to it?

A: I am not a business person and do not understand the different labels of the movies. What I understand is that every women-centric film will not click at the box office nor is it necessary that all projects helmed by a big male star will be a hit. There is no fixed formula for making a hit film.

Q: Priyanka Chopra and Deepika Padukone made a foray into Hollywood in recent years and did well but you were there much before them. Did you ever think of shifting there?

A: I cannot talk about others but I have done two of the best films there. So satisfying was my experience that I did not feel the need of going there. When you have done a movie (Life of Pi/2012) with Ang Lee which went on to win four Oscars, there was no point shifting there for work. I went beyond that. I accept a good project regardless of whether it comes from Hollywood, Kanyakumari or Lebanon. Ultimately I have to work with people.

Q: You were initially supposed to make a debut in Boney Kapoor’s Prem (1995) but it delayed and crashed at the box office. How have you dealt with success and failure since then?

A: Prem took a long time in the making and was released long after my other movies like Pehla Pehla Pyar (1994) and Vijaypath (1994). I also did Telugu and Tamil films in between. Such things happen. The film industry was then a new place for me and I came from a different social background. I did not know how to handle my work at the time or how people communicated with one another.

A: If a film clicks, it is good but if it does not, one has to move on. But it does not mean that the entire effort put by an actor has gone waste. Of course, a producer incurs a monetary loss if his project flops but one learns many things from the process. I, for one, have never made hits and flops a question of life and death

Q: Do you think the advent of over-the-top (OTT) platforms such as Netflix and Amazon will impact the film industry?

A: I have no idea. I am still illiterate in this regard.

Q: What is your opinion on the new crop of actresses who have made a mark in the last few years?

A: All of them are good. They are all competent and well-prepared for their job. They all exude a lot of confidence.

Q: Even though you have an awesome repertoire, do you think your best is yet to come?

A: Absolutely. I am looking forward to it. But I am enjoying whatever I am doing without any fear and expectation. At this stage, I am in control of my life and I can take my decisions.

Q: So we will continue to see you in all kinds of cinema like Haider and Golmaal Again, as you have always done?

A: Of course. You will continue to see me in all kinds of movies.