Salman Khan's 'Radhe: Your Most Wanted Bhai' To Release On May 13

The film was earlier scheduled to hit screens on May 22 last year but got delayed due to the coronavirus pandemic. 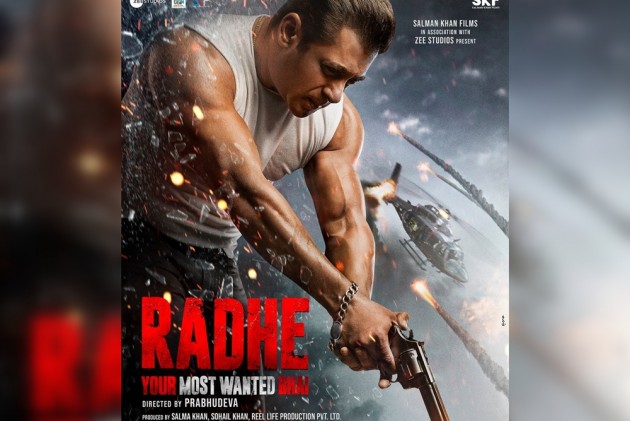 Bollywood actor Salman Khan on Saturday announced that his much-anticipated film “Radhe: Your Most Wanted Bhai” will arrive in cinema halls on May 13.

Khan had in January said that the film will hit theatres during Eid this year, but an exact release date wasn’t announced.

The “Bharat” star has collaborated with Zee Studios to present the Prabhudheva-directed action-drama.

The film was earlier scheduled to hit screens on May 22 last year but got delayed due to the coronavirus pandemic.

Shariq Patel, CEO at Zee Studios, said they are excited about the partnership with Khan as the superstar's movies create an atmosphere of festivity.

"This would be one of the biggest movies in 2021 and we are keen to see the audience support and response. I am sure it would be a delight for the fans after a tough year. ‘Radhe: Your Most Wanted Bhai’ will be the perfect Eidi for Salman fans and cinema goers," Patel said in a statement.

A spokesperson from Salman Khan Films (SKF) said the actor and the festival of Eid have a special connection and they are happy to continue the tradition of releasing the superstar’s films on the occasion with “Radhe: Your Most Wanted Bhai”.

"We are looking forward to bringing back the era of clapping, cheering, whistling and the ‘house-full’ boards Salman Khan’s movies are known for. We are delighted to collaborate with Zee Studios for ‘Radhe..’ and together we want the film to reach all the audience, and for them to enjoy it with all safety measures in place,” the SKF spokesperson said.

Most of Khan's films, including blockbusters "Wanted", "Dabangg", "Ek Tha Tiger", "Kick", "Bajrangi Bhaijaan" and "Bharat", have released on Eid.