Road Named After Sushant Singh Rajput In His Hometown In Bihar

An official said renaming of the road after late Bollywood actor Sushant Singh Rajput is a way of paying tribute to a ‘great artist’. 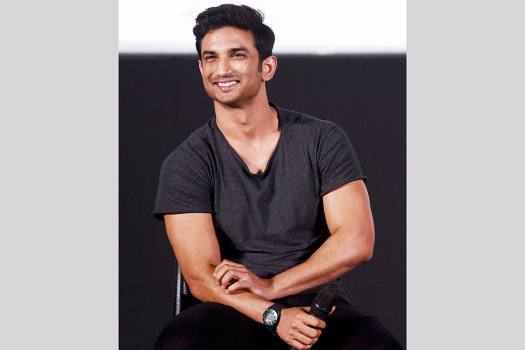 A road has been named after late Bollywood actor Sushant Singh Rajput in Purnea, his hometown in Bihar. The renaming of the road, an official said, is a way of paying tribute to a "great artist".

According to a report in Live Hindustan, the road that goes from Madhubani to Mata Chowk has been named Sushant Singh Rajput road. The report quoted Mayor Savita Devi as saying that the Ford Company roundabout has also been rechristened to Sushant Singh Rajput Chowk. The actor originally hailed from Maldiha village of Bihar.

The Bollywood actor died by suicide on June 14. He was 34.

Sushant's last film "Dil Bechara" which will release on a digital platform on July 24. Directed by Mukesh Chhabra, "Dil Bechara" is the official remake of 2014 Hollywood romantic drama "The Fault in our Stars", based on John Green's popular novel of the same name. A few days ago, the trailer of the film was unveiled. It has received humongous response from people, breaking many records on YouTube.