‘Invisible Demons’ by filmmaker Rahul Jain was screened at the 74th edition of the ongoing Cannes International Film Festival on Monday. 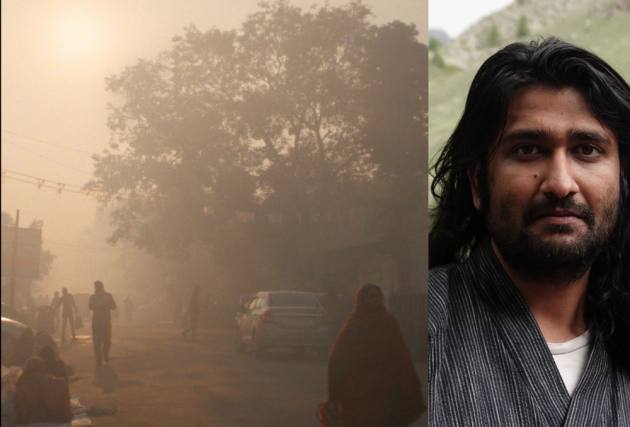 A film titled ‘Invisible Demons’ by filmmaker Rahul Jain was screened at the ongoing Cannes Festival on Monday. In the film, Jain explores the current state of the planet through visuals that evoke strong feelings rather than giving informational content.

Talking about his film Jain says, “Even before I wanted to be a filmmaker, I was concerned about the natural world and the biosphere. I remember being asked as a younger teenager, 'What do you want to do when you grow up?' I used to find myself answering that I wanted to do something related to the environment. And I studied environmental engineering in my first year in college, but I failed it miserably. I couldn’t really deal with the numbers.”

Rahul Jain’s first documentary, ‘Machines’ was about factory life at a large textile mill in Gujarat. His latest, 'Invisible Demons', is an eye-witnessed experience shot of those working and living in Delhi. He returned to his hometown after spending more than a decade in the United States to focus on India and express his vision of climate change through a more manageable lens. The experience gave him a newfound appreciation of his country. Over the course of production, Jain interviewed around 120 people, ranging from scientists and politicians to those who work for non-profits, as well as regular citizens of Delhi, many of whom were hit by the effects of climate change.

“I wanted to explore how artists in the last hundred years of filmmaking have been able to communicate our species’ relationship to the natural world, because the most drastic changes came about in the 20th century, which was also the century of cinema,” Jain explains. “I wanted to investigate whether my theories about this could be made into a film," he adds.

The actor says he has been deeply concerned with the issue his whole life, but he didn't know what to do with those concerns. Talking about how the film happened he says, “After finishing my first film, my family asked, 'What are you doing sitting at home? You are just 25-year-old, nobody your age just sits at home and does nothing. You just made one film, and it hasn’t even premiered yet and look at you relaxing.' So, I was feeling worthless and I tried to run away from home. I went to the mountains for a month, all alone and I loved it. I was rekindling my love affair with all the things I thought I had lost.”

As Jain was working on his film, Delhi was repeatedly in the news as the world's most polluted city, thus making his hometown the perfect inspiration for his vision. Tackling climate change globally would have been too large a task to manage.

"You know in Delhi there are these bill boards cajoling you to buy your dream palace, and you see them, while you are stuck in a traffic jam. There’s a shot of exactly this in the film, which is like promising people a sterilized palace of peace while you’re stuck in an extremely foggy and smoggy morning in wintertime. It’s such a sickening feeling," Jain says.

Jain had been developing 'Invisible Demons' for a long time. However, keeping in mind the end number of films made on climate change and other environmental issues in recent years, his goal was to produce a project that went beyond the headlines.