Madhubala's Younger Sister Madhur Brij Bhushan: She Was A Courageous Girl Who Never Gave Up On Life

Madhubala, who was the ultimate Bollywood beauty, was born on February 14, 1933. The late actress's youngest sister, Madhur Brij Bhushan, shares some memories on her birth 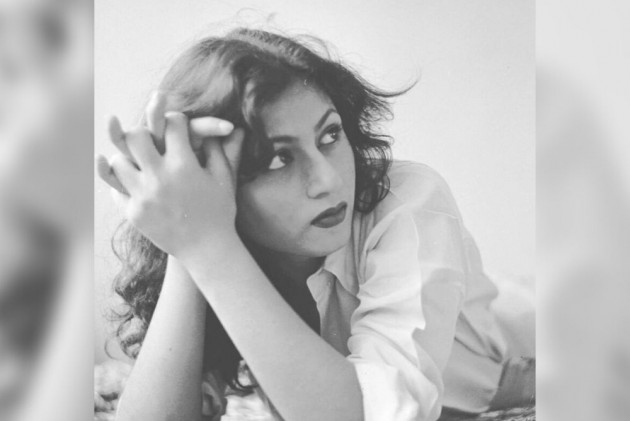 Legendary actress Madhubala was born today on Valentine’s Day. On her birthday eve, her youngest sister, Madhur Brij Bhushan, shares some beautiful memories, including the two important men in Madhubala’s life - Dilip Kumar and their father Ataullah Khan… "Madhubala’s favorite song was Rulake gaya sapna mera from Jewel Thief. Every word fits her like a stone in the ring. She used to write Urdu beautifully, read shayiris, thoda likhti thi woh but unfortunately, she didn’t leave any diary or writings behind. But now, I plan to write a book on her which I will start on her birthday.

My father (Ataullah Khan) was criticized by everyone from the film industry. They blamed him saying he didn’t allow her to marry Dilip Kumar. That’s not true. They fell in love during the shooting of Tarana (1951) and were going to marry after romancing each other for nine years but due to a professional incident, while shooting for a movie together, they broke up. The production house wanted her to shoot at a location, which was apparently unsafe for actresses. The heroines had faced unfortunate incidents there, so my father requested them to change the place. He said he would send aapa to other locations.

But the producers were adamant. Dilip saab stood by them like a good friend but that was his mistake. He told Madhu aapa that she shouldn’t worry when he was with her. She told him ‘Dilip, I know you love me and will stand by me but when a rowdy mob attacks us, do you think you can handle it? Do you think one man can handle a hundred people?’ But he went on supporting them. After the issue got sorted out, he came home and asked us to prepare for their wedding. He wanted her to complete pending assignments as they were getting married in two years.

Aapa said she would complete all her movies, but she had just one request – ‘apologise to our father because you have hurt him when you spoke against him. He is my creator who has taught me punctuality, discipline and how to behave. I am noted for that. I am not allowed to attend parties and functions because they drink there and my father didn’t want me to get into all that.’ Dilip saab said ‘tu kuch bhi karle mein sorry to nahi bolunga’. (Do what you want but I will not say sorry) She refused to marry him till he apologised to my father but he refused and said he would come again after a few days. Aapa told him that he could come after any time but her answer would be the same. She said ‘sorry bhi mat bolo, sirf gale lag jao (don’t apologise but just give him a hug) and tell him to forget about it but Dilip bhaiyya was adamant that he wouldn’t do anything. Then she told him that she couldn’t marry him.

I was very young when their breakup happened but I realised one thing – that daughters like Madhu aapa, did exist in this world. A daughter who could and did break up with her love of years – just to preserve the dignity and self-respect of her beloved father. Koi bhi beti duniya mein paida nahi hogi hazaron saalo mein jisne apni pyar ko kuch shabd ke liye choda (No daughter would have been born in the last one thousand years who would leave their love only for a few words) – say sorry to my father. I wish Dilip saab had said sorry because it was an ideal match – they were made for each other. They looked so beautiful together and Dilip bhaiyya was such a good man. We have nothing against him but couldn’t understand why he didn’t say sorry to our father. Barson ka pyaar ek sorry ke liye ek minute mein khatam kar diya? (You wiped out years of your love in a minute?)

Madhu aapa understood my father’s love and protectiveness and stood behind him, like a rock. They called my father all kinds of names - from Hitler and he had no pity for her, to a man who was earning off Madhu aapa’s earnings and making her work very hard. I am not defending him but the little that I know about my father, I think, he was just being a protective father. He had six daughters to look after. Any father in his place would have behaved with the same protectiveness. He would say tell her to work 30 days in a month, reach by 9 am but not shoot after 6 pm in the evening.

When my father lost his job in Delhi, our poverty brought us to Mumbai. He came to the city with six daughters. He roamed around with Madhu aapa in bare feet to Mumbai’s film studios, when she was just seven years old. He was ill-treated and told by some that they were not running an orphanage. Then Mumtaz Shanti spotted and took her for Basant as baby Mumtaz, Kedar Sharma took her for Neel Kamal and Kamal Amrohi signed her for Mahal when she was only 15 years old. After Mahal, there was no looking back for aapa.

My father didn’t allow Madhu aapa to meet the media and there was a reason for this. They had written rubbish about him in the earlier days. One of the journalists had defamed my father and though we could barely afford it, my father sued him and won the case. After that, my father banned all journalists from Madhubala’s shoots or meet for interviews or take photographs. He was deeply hurt and angry at the journalist. He felt, ‘Main betiyon se dhanda karaoonga? Ye meri garibi tha jo maine yahan pe aaya. Main majboori mein Mumbai aaya aur logon ne meri garibi ka tamasha banaya. Mere ko khaane ko nahi tha. Che betiyan thi...’ (Would I get business from my daughters? My poverty brought me here. I came to Mumbai because of my need and people made fun of my poverty. I didn’t have food to eat. I had to bring up six daughters…)

They said that our father was very hard on us, a strict man who never allowed her to attend parties and functions, etc but he told Madhu aapa that if she attended the cameras would click and journalists would be there but he didn’t want her to talk to any media. Dilip saab should have understood this about the man who fought a court case and won it for his self-respect.

When she was so ill for nine years, because of the hole in her heart, she went to London with Kishore (Kumar) bhaiyya after getting married to him, but the doctors said she couldn’t be operated. Madhubala was a courageous girl and never gave up on life. She had the guts to fight it out so she asked the doctor how many years can I live with this heart? He gave her a time of just two years. Madhu was at that time only 27 years old. She just looked at him and all right, said that was her fate and luck, thanked him and came back. She came back and told my father and we all started crying as Madhu was very young, but she wasn’t crying. Madhu was optimistic that a cure would be found, and she would get better and back to work. She told us ‘I want to live, and I will live, nothing will happen to me, I am so young.’ But her case becomes hopeless and she became so weak and thin in nine years that if you looked at her you wouldn’t recognise her. Her condition deteriorated but nothing could be done…

People have so much of love and respect for Madhu aapa, the idea came to me, one day, that we should make her biopic. She would always tell me that we sisters and parents looked after her when she was ill, but if she had no one, she wouldn’t be looked after but stay in a home for the aged. She saw herself in those ladies so she would express a wish that if she got well – make a home for elderly women and a school for you girls who would be given free education. With the money from the biopic, I was planning to fulfill aapa’s dreams with my guruji Arvind Malviya. Madhu aapa was always for women, very God-fearing and loving and would tell me to fulfil her dreams as she was leaving us at such a young age.

My sisters were not keen that we make the biopic and didn’t give the NOC so Imtiaz backed out. He was going to announce the biopic on Madhubala’s birthday tomorrow (February 14). My eldest sister took objection but did not speak to me, so I have left it to the mercy of God. It’s sad I could not explain what my feelings are for my dead sister and my family. I respect all of them but the way I was looked upon and distrusted has hurt me too much. But I still want to make the biopic if I live. People think she is THE Madhubala and there is nobody to replace her."