I Can Relate To ‘Sardar Ka Grandson’ Because My Grandparents Came From Pakistan: Arjun Kapoor 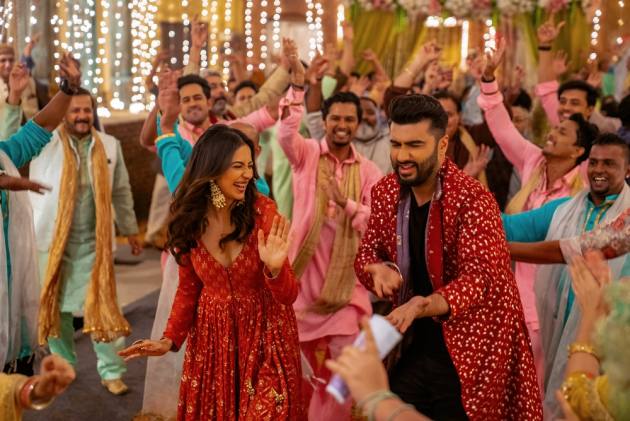 Bollywood actor Arjun Kapoor and Rakul Preet Singh’s latest film ‘Sardar Ka Grandson’ premiered on Netflix on Tuesday. The actors talk to Outlook’s Lachmi Deb Roy about how they both relate to their characters in the film, having a good time on the film set and their relationship with their grandparents. Excerpts:

How did you relate to the role?

Arjun Kapoor: One might have an issue with their parents, but I can never remember a moment when I had a fight with my grandparents or not getting along well with them. They were like partners in crime and that’s how I looked at ‘Sardar’ and ‘Amreek’ in ‘Sardar Ka Grandson’.

I related to the film because I was a partner in crime with all my grandparents both paternal and maternal side. They have always pampered me and spoilt me and there is a history of my grandparents hailing from Pakistan too. So, there was a definite connection that drew me to the film from Prithviraj Kapoor’s time and I literally felt that I am travelling with the time. It was like a personal journey. So, it felt like a personal tick mark in my head to do this film.

Rakul Preet Singh: Like Arjun mentioned, even my grandparents came from Pakistan during the partition and they were very young at that time. So, I have grown up listening to those stories as to how the world had changed for them after partition. There was that sinking feeling and they always said, “How we wish we could go back?”

When I first narrated the story of ‘Sardar Ka Grandson’ to my father, he said ‘dadu’ always wanted to do this and just go back and have a look at his home in Pakistan. The family bond that is shown in the film, I think every family understands those equations. My grandfather always wanted to go back to his house in Pakistan, but unfortunately, my father could never take him because my father was serving in the Indian Army. By the time my father retired from the army, my grandfather was a little too old to travel. The moment I heard that the story was something like this, it was like joining the dots for me.

On time on the film set

Rakul Preet Singh: We had a blast shooting for ‘Sardar Ka Grandson’. And Arjun makes sure with his brilliant sense of humour that all the people have a blast on the sets.

Arjun Kapoor: I never knew I was so entertaining. I should actually start charging money for my off-camera antics now (laughs). 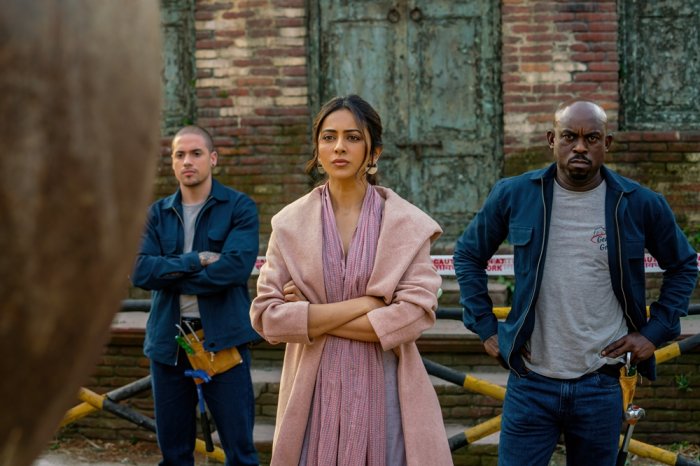 On favourite scene from the film

Arjun Kapoor: The scene where I cross Wagah border for the first time and I see Aditi Rao Hydari coming towards the Indian side and I give her a look. And I also tell my father in the film, that I have never done anything of that sort and I shouldn’t disappoint my grandmother again by not being able to bring back my grandparent’s home to India. For me, it is such a powerful moment both cinematically and visually. It encapsulates what film making and how it can allow you to live two eras at the same time and do justice to it. I feel that’s a hallmark sequence as a director and a creator. You simply transcend timelines and boundaries and you see the journey of these two characters. This for me was the most satisfying scene for the film.

There was another scene which I shot with Neena ma’am (Neena Gupta). It was on 23rd December a day before Christmas Eve and we were wrapping up the film. It didn’t cross our minds that it would be so cold in Patiala during December. So, if you notice we have fog literally coming out of our mouth in that scene. Yet when we sat there, we forgot who we both were and literally became the characters we were playing. That scene is where the film became emotionally concrete. There was an honesty in the characters that we were playing. And I really enjoyed shooting as cold as it was and with a fellow actor who is much older to me giving her full hundred percent on the wheel chair in her prosthetics and not once complaining or asking for tea or coffee. I simply enjoyed the moment spent with Neena ma’am. 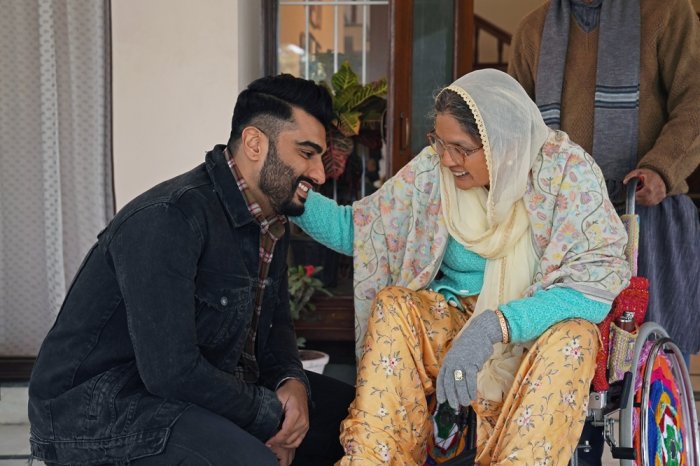 Arjun Kapoor: The whole point of making this film is to transcend borders and boundaries where human beings and their emotions are valued. Our intent was not to think of the politics of it, but the relationship among the people. Simply put, whether you are on that side of the border or this side, feelings always remain the same. Improving relations in our houses both across the borders is a far bigger victory for us.

Arjun Kapoor: It is rather redundant to think of anything about the future. I am happy about what I have in hand now.  Again, just that we have one set of skills doesn’t make us incapable of learning something new in life or for that matter adapting to the situation. It is important to stay safe and fit, but at the same time not feel sorry for what is happening because nobody knows what is happening. You do what is best for you!