From Salman, SRK to Aamir and Akshay, Where Does Covid-19 Leave Bollywood Superstars?

Many industry watchers are hopeful that things would be normal and the audiences would flock to theatres to watch their favourite superstars onscreen once the coronavirus lockdown is lifted but there is also a sense of pessimism among others. 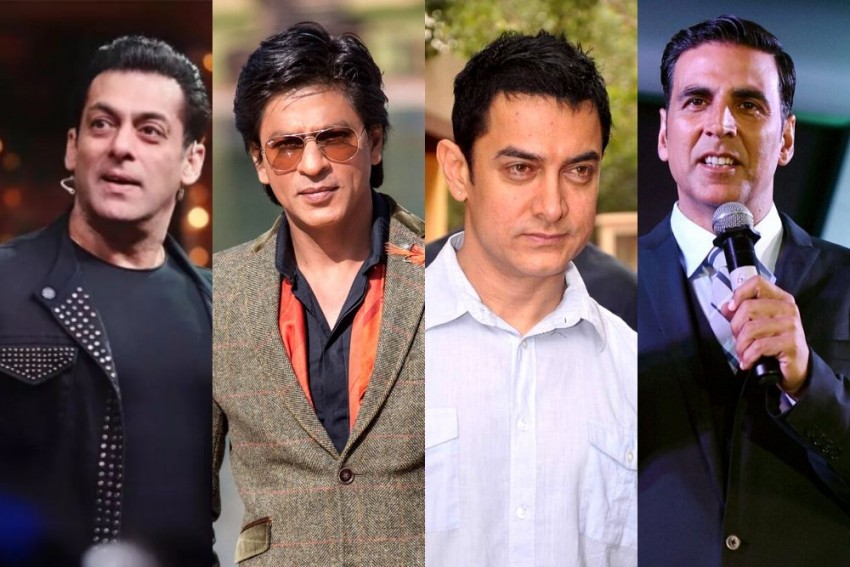 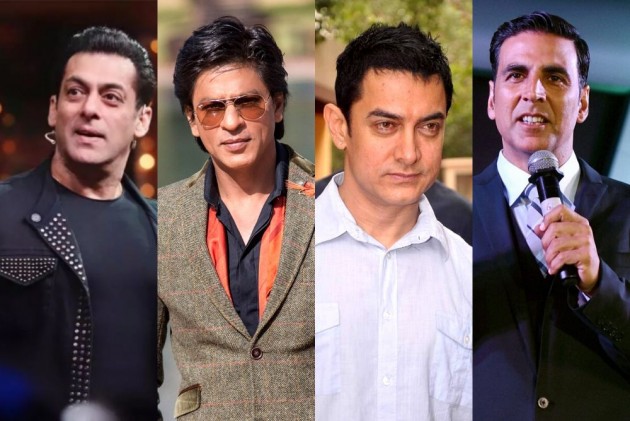 The sudden imposition of a nationwide lockdown by the central government from March 25 in a bid to contain the spread of Novel Coronavirus (Covid-19) has thrown life in Bollywood, as elsewhere, out of gear. It has affected just about everybody working in the film industry, from film-makers and artistes to technicians and junior artistes. But where does it leave the superstars? Will the reigning monarchs of the tinsel town come out unscathed from its unprecedented crisis?

As uncertainty looms large over the fate of many big-budget movies, which are in various stages of pre- and post-production, the big question haunting the minds of trade pundits at the moment is whether the superstars such as Akshay Kumar, Salman Khan, Shah Rukh Khan, Aamir Khan and Ajay Devgn will be able to lure their humongous fan-following back to the theatres and infuse a fresh lease of life in the movie business once the crisis ends?

For some of them, such as the Khan triumvirate, it has already compounded their woes since their last few movies had performed poorly at the box-office. For others like Akshay Kumar and Ajay Devgn, it has left their meticulously planned career moves floundering.

Shah Rukh, for one, was all set to announce his eagerly-awaited comeback about a year and a half after the failure of his last release, Zero (2018), when Covid-19 struck. There were reports that he had locked a few scripts for his return to silver screen. Now, he has no choice but to wait for the end of the corona scourge.

Salman Khan, too, was working round the clock on his upcoming Radhe, hoping to release it on Eid this year but going by the delay caused by the lockdown, it will be a herculean task on part of the superstar from Bandra to meet the deadline. Salman’s last few films, including his last year's releases, Dabangg 3 and Bharat, had failed to live up to the expectations at the cash counters and he was hoping to turn the tide with his next, Radhe, which is being directed by Prabhu Deva.

Aamir, too, has a lot at stake this year. Ever since his last release, Thugs of Hindostan (2018) turned into a big disaster, he had been waiting patiently for the right script to come his way for his comeback. Last year, he had chosen to work in Lal Singh Chadha, loosely adapted from Tom Hanks’ Hollywood hit, Forrest Gump (1994). Although it is supposed to release later this year, the lockdown may well be a big stumbling block for him as well.

Ajay Devgn had everything going for him after he pulled off a monstrous hit in Tanhaji: An Unsung Warrior in January, but prevailing uncertainty over the resumption of shooting of his forthcoming movies appears to have put paid to his hopes also. Already, the release of Rohit Shetty’s cop extravaganza, Sooryavasnhi, co-starring Akshay Kumar and Ranveer Singh, where he reprises his famous Singham (2011) act, has been deferred for an indefinite period.

The biggest casualty, however, at the moment appears to be none other than Akshay Kumar, who is known for ensuring at least four of his movies every year under a painstakingly chalked-out itinerary. Since Sooryavanshi has already been delayed and the shooting or the pro-production work of his other upcoming movies Laxmmi Bomb has been halted, it may well be rather difficult to get all his movies released on time this year.

There are other big stars such Hrithik Roshan, Ranveer Singh and Ranbir Kapoor, who are also grappling with unusual problems. Ranveer, in fact, had two back-to-back big movies, Sooryavanshi and 83 (initially scheduled for April 10), lined for release within a fortnight of each other, which have been put off indefinitely.

Nonetheless, many industry watchers are hopeful that things would be normal and the audiences would flock to theatres to watch their favourite superstars onscreen once the lockdown is lifted but there is also a sense of pessimism among others. Whatever happens, it will certainly put their superstardom to test in the weeks to come, more than ever before.