A spooked nurse, a jealous child, cannibals and a dead granny. And watch out for the crows!

More from Arshi Khanam
View All

In the horror anthology of Netflix - Ghost Stories, a quartet of creative Indian Directors fare with their spooky, paranormal, and macabre collection of distinct stories. While all the stories unveil a different tale from a unique angle - not all the four stories captured the essence perfectly. They will hook you on to your screens with questions dangling in your mind.
VFX effects, plot-depth, grotesque characters are not so 'spineless' after all. I bet you'll re-watch Ghost Stories if you get the points right!

Let's unfold them one by one. 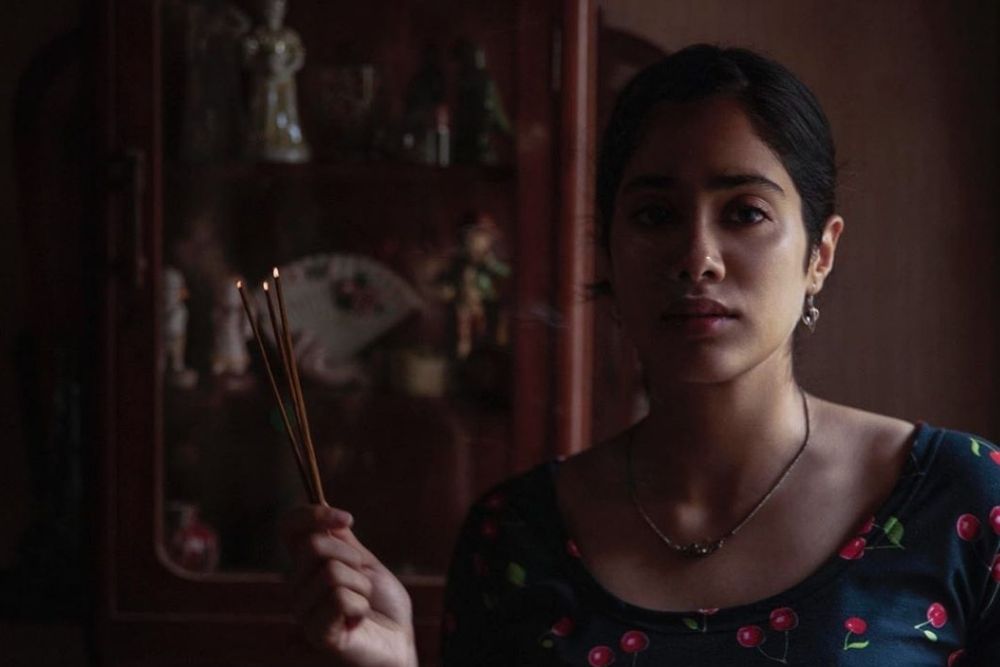 Plot: In the opening scene we see a young nurse, played by Janhvi Kapoor is assigned duty to go and look after a senile lady(played by Surekha Sikri), who suffers from dementia. She has been abandoned by her only son.

Janhvi senses an opportunity for hook-up with her married lover and calls him up to accompany her in the old abode house. The first time he didn't show up, we can sense despair in the young nurse.

This story may lack the common 'fear factor' but it does send a strong message to society; Old people are left alone at crucial times when they need the most care.

Ending Explanation: When Janhvi went to the room, she finds an old lady lying on the floor. Throughout the story, we see that the old lady keeps mentioning the kitchen. She also recalls time how the 'now eerie, vacant house' was once ‘happy and full’. She also asks continuously about her son. After a lot of insisting, she goes to the kitchen and stood frozen as she sees the dead body of that lady whom she saw less than a minute ago.

In the last scene, the police investigate the whole scene and we find the lady died 3 days ago. It is revealed that for the last 2 days her son was with her. However, her son never came. In the absence of either of the two, the old Nurse Mamata and her son, the old lady falls prey to intense hunger and crawled to the kitchen, where she died. She kept on forcing the new nurse because she wanted her to discover her body.

A Common Thread: Creepy Crow
All the four stories are tied with the creepy crows and the creepier caws which are some sort of symbols for evilness. The brooch stole by the nurse from the house is a crow-shaped brooch that we see her still wearing in the end.

What Remains Missing: When the old lady was already dead, who was the nurse taking care of? Who took the medicines and injections- A spirit? 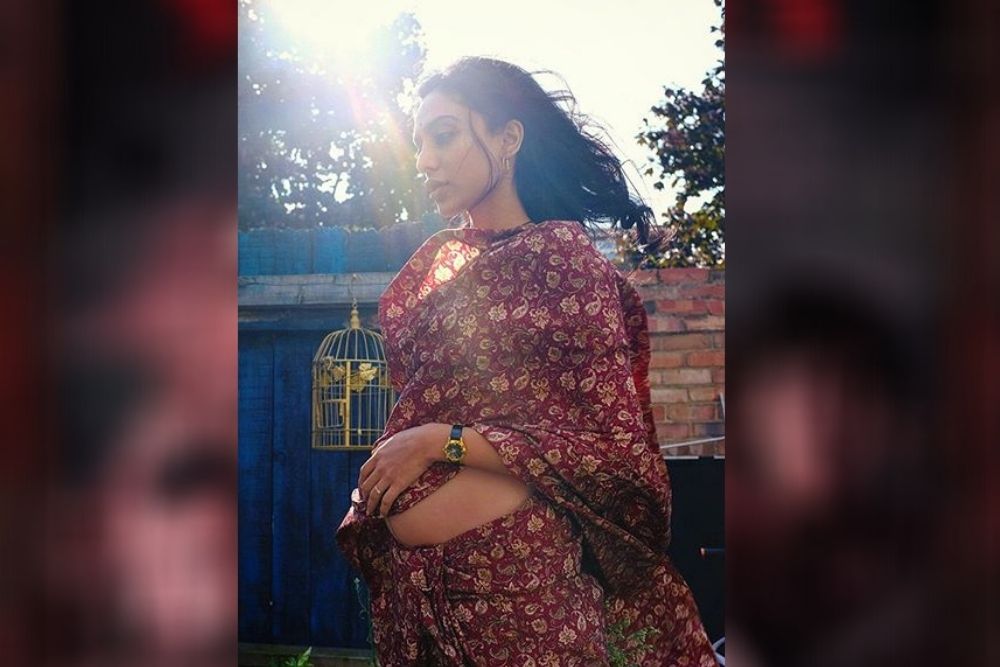 Plot: The story unfolds the life of a childless young woman Neha, who lives with her husband and affectionately takes care of her dead sister's son, Ansh in absence of his father. Anurag Kashyap tries to portray different ideas and weaves the story along with stereotypes, prenatal birth, and a dark past.

The lady lead, Shobhita Dhulipala has put heart and soul into the role and delivered a power-packed performance.

Ending Explanation: Ansh is the reason for a strained relationship between Neha and her husband. He seems a normal boy, however, on the contrary, he is wicked with malicious intentions to harm her aunt's unborn child as he doesn't want to share the affection. For instance, he draws his aunt with a big baby bump and then scribbles on the stomach, resulting in Neha’s miscarriage.

In the flashback, we witness how Neha's mother was scolding her for touching a bird's eggs and also cursed her that she will never experience the blessing of motherhood. Neha's teary eyes and dread expressions convey that she had a deep impact of the past.

After losing her first child in a miscarriage, Neha gets trapped in the cobweb of her fears, maternal obsession. In one of the scenes (during her second pregnancy), she also calls a woman who practices occult to ensure that her baby is safe.

A Common Thread: The metaphor of constant caws by crow is revealed as we proceed with the story about eggs, birds, and worms.

What Remains Missing: Why does she thinks of herself like a bird and in one scene grossly eats worms? Maybe she was suffering from a mental illness, but none of the things is confirmed. 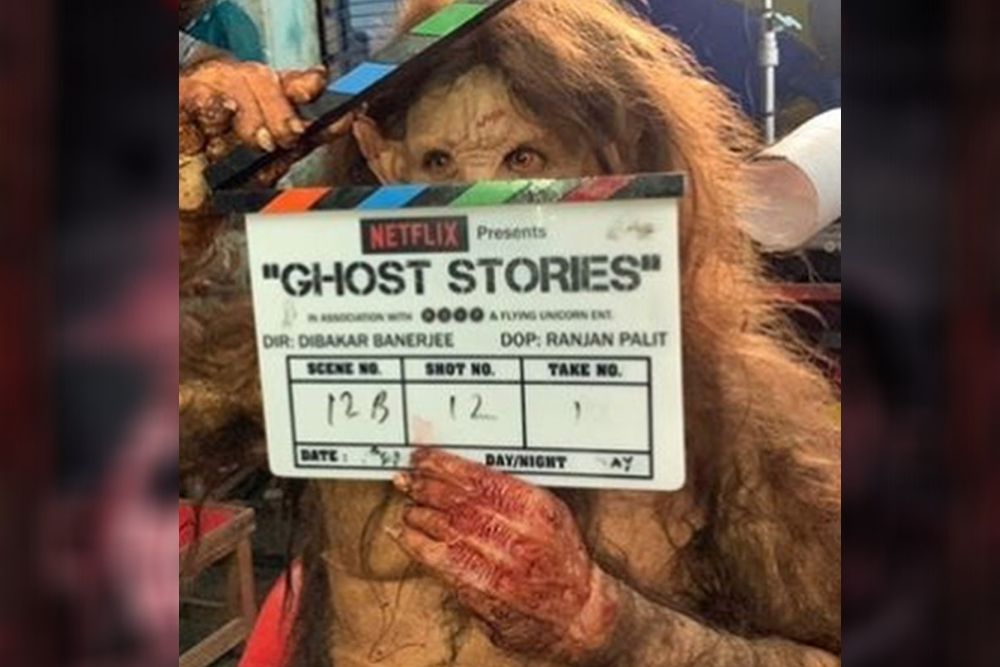 Dibakar Banerjee's story is a total hit as it conveys a valuable message that powerful people prey onto weaker people in our society. The presumed social norms like prevalent casteism, supremacy, religious bigotry, etc. cause social distress. From splendid Sound effects to VFX and cinematography, everything is measured on a scale to perfection in this short story.

Plot: In the beginning, a middle-class man (Sukant Goel) juggles to find his newly posted location in a bizarre small town called Bees-ghara. All he sees is a deserted village and two little children (played by Aditya Shetty, Eva Ameet Pardeshi). The entire Bees-ghara town is cannibalized by big town 'Sau-Ghara.' The village inhabitants are eaten by the cannibals of Sau-ghara.

Ending Explanation: With the girl being dead, there are only two living people now, the man and the boy. The boy suggests applying blood on their body to fool the cannibals as they don't eat those who eat others.

However, when a cannibal comes near the boy, he also starts eating the hand of the dead girl, making him one of them.

In the last scene, we see the man crying heavily and a car stops by and offers him help. The moment he gets in the car, a woman starts feeding him food 'because they don't eat those who eat.'

If you noticed in the opening scene when Sukant Goel goes to the boy's house, a little girl asks the boy, 'Ye kisko Le Aaya, Ye roop badalte hai' (who have you brought? They change forms). This hints about the present situation where everyone has changed their forms and is moving to another town to continue their quest and cannibalism. Unfortunately, the man is now one of them.

A Common Thread: When the man is about to be caught by the 'evil headmaster', several crows make creepy noisy caws, symbolising that he is about to be doomed. 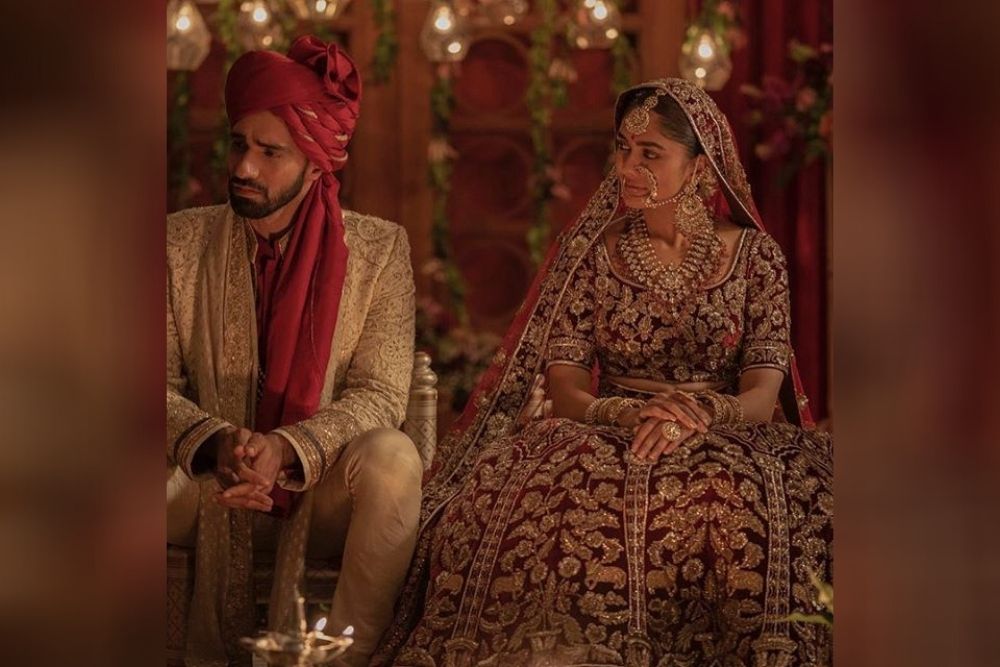 The last in the slot is Karan Johar's story.

Plot: From a 'clingy dead granny’s to the 'all-knowing housemaid' to stoic parents- This opulent household has it all. 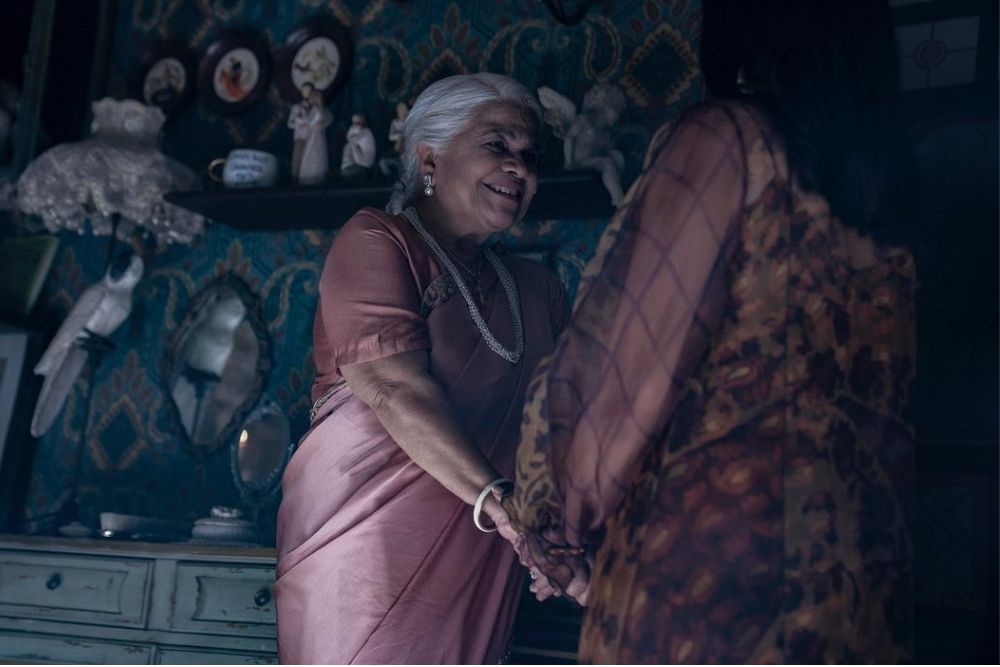 Ira and Dhruv have distinct characters, however, their destiny is intertwined. After 4 months of dating, they tie the knot in a grand setting. The magnificent and pristine household has all sorts of orthodox people where Ira is a complete misfit. Ira's charming and affluent businessman hubby still blathers about his two decades, dead granny. At first, she tries to convince Dhruv out of the claptrap ideologies and to stop talking to his granny.

In the last scene, we sense an ominous plot ahead as Ira incites creepy granny to show herself. She also abuses granny and takes her walking stick and hid it. The next day, Ira is the happiest person in the household. Although, her smile is short-lived.

This story is quite predictable and understandable, as compared to the other three.
Ending Explanation- Ira pays the price of being skeptical and not believing the existence of a dead granny. She suffers from intense pain after she eats her breakfast. Meanwhile, the secretive, straight-faced housekeeper, who always kept on repeating, 'granny has not passed, and she’s just dead' takes Ira to her room. She also narrates an incident where she unfolds how granny begged to relieve her from her sorrows. And the maid gave her mixed herbs to end her sorrows, which co-relates with the current scenario as Ira is also given the same herbs.

Ira now can finally see granny in the nether world. When she enters a room, she saw several people in the room who also didn't believe in granny. In a scene, granny whispers to Ira, Now you can see the 'f**** granny' and laughs wickedly.
In the last scene, the housekeeper finds the cane back beneath the bed of Ira and takes it back to granny's room.

A Common Thread: The ornate golden handle of granny's walking stick has a crow on it.

What Remains Missing: Even after dating Dhruv for 4 months and knowing the fact that Dhruv talks to her dead granny, we wonder what made Ira go for it?