In an exclusive interview with Outlook, actor Vinay Varma talks about the theatre scene during the Covid-19 pandemic 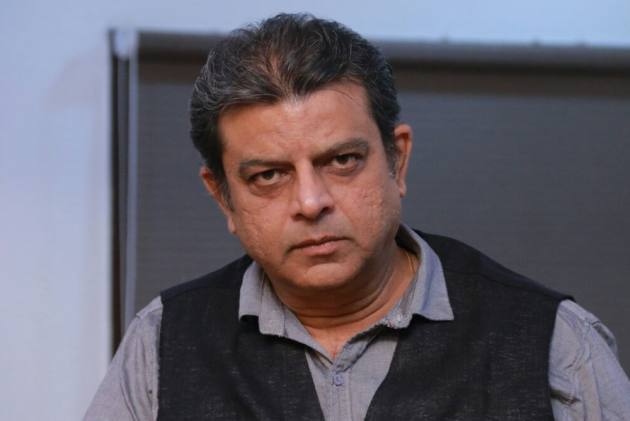 Actor Vinay Varma says the magic of theatre is not the performance itself but the journey that leads to it. In a conversation with Lachmi Deb Roy of Outlook he says the oft-used phrase ‘the show must go on’ looks like distant dream now. Excerpts:

How has the pandemic affected theatre?

The pandemic has affected theatre in an indescribable, unprecedented and dreadful way. Being a poor man’s passion, all the love’s labour has been lost. Groups that had put in months of rehearsals and booked venues were suddenly staring into oblivion. Obviously, there are no live shows. But to keep the fires of the soul burning, the digital medium came to rescue, even if it were with severe limitations. But that opened a lot of scope.

But can digital platform ever replace stage performance?

Can cinema replace theatre? Could television displace the stage? Have so many OTT platforms been able to dislodge the Live Performer? The digital platform that was resorted to during the lockdown though served its purpose in many ways. One, it brought the theatre community across the globe closer and another, theatre lovers all over got exposure to others’ performances and performers, which they would otherwise have not. But in theatre, size matters. That the digital platform can never compensate. In theatre I am seeing, hearing, and smelling everything live. What is the beauty of stage performance that you are missing out on? It is seeing the actor in his true body and spirit, the instant vibrations that the passive actors (audience) give. That is something only to be experienced, just sitting there, the audience feels, smells, and touches the characters on stage as the actors transport them to a surreal world. The onstage improvisation and presence of mind that comes to compensate the bloomer/faux paus committed by an actor or crew, despite months of rehearsals. More importantly the honesty of the actor is missing if he’s not on stage, for it is there that a person’s true worth and intent is displayed in terms of getting out of his comfort zone and effortlessly slipping into another’s shoes. For when a play begins the director disappears and the actors take charge.

How difficult has the situation become?

A few theatre groups, including ours were compelled to defer the shows either on account of rising Covid numbers or a member of the cast or crew testing positive for the mercurial virus. Apparently, we must all get used to this new normal of following the desired protocol and move ahead. The world obviously cannot come to or should ever come to a standstill. But the phrase 'the show must go on' looks like distant dream as of now. The situation seems to be getting bad to worse.

How do you keep each other’s hope alive and push yourself forward?

We have resorted to the audio medium. I personally feel that this is the best time to create or recreate the BLIND THEATRE, where only the voices are heard, and actors not seen. I think that propels the listener to imagine more, as with the advent of and blatant use of the digital medium, the ability to imagine and visualize seems to have been lost completely. So, the group of creative people that we have share short stories, poems, anecdotes and interesting observations on our YouTube channel. And we don’t intend to commercialize this activity as the purpose would be lost. We have also had live interactions with experts and a few play readings during the period.

The magic of theatre performance…

The magic of theatre performance is not the performance itself, but the journey that leads to it. Interacting with the team, which includes actors and the crew, reading the script regularly, deciphering it, learning to get under the skin of the character, understanding each other as humans, empathizing with their personal issues, helping solve each other’s problems, learning both time and conflict management. In brief, the journey makes the participant more sensitive towards the society, while learning the craft.

For the actor, particularly, the process helps in “being in the moment” and getting out of it in an instant. One learns to switch on and off and not get carried away by the role he is playing. Not to downplay the importance of the crew or the backstage workers as they are popularly called. The backroom boys of a theatre performance are in fact the backbone of any production. They are the ones who help in keeping the actors focused on their jobs and not let them worry too much about peripheral things. Their efforts quite often go unnoticed and more often unrecognized. They are the unsung heroes, for it is the actors who always take credit for a good show. Importantly, the journey makes one obedient, crushes the ego and motivates one to surrender – to the craft, to the script, to the character, and most significantly to the director.