In an exclusive interview with Outlook, singer-songwriter Samar Mehdi, talks to us about his now viral Instagram post about events that took place in Delhi’s Imperfecto on August 27, when a group of drunk people abused, catcalled and angrily waved ‘empty beer bottles’ in his direction.

2021-09-02T16:30:00+05:30 Bhopal-based Indie Musician Refuses To Accept Delhi Pub’s Apology After He Was Heckled And Booed By Drunk Locals During His Performance 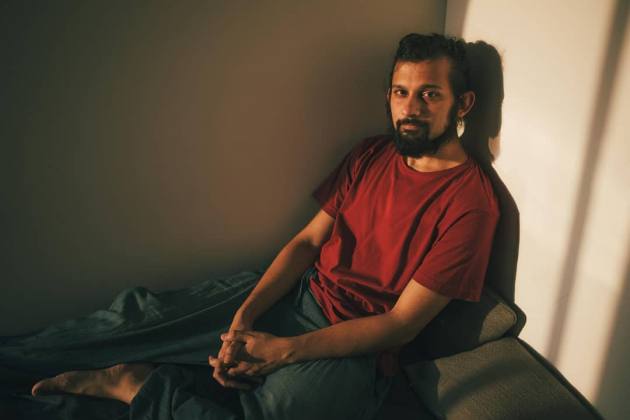 After receiving massive support from social media users following his Instagram post recalling his horrible experience while performing at a pub in Delhi, Bhopal-based musician, Samar Mehdi has refused to accept the apology of the organisers and added that he is never going to play a show at the venue, in future either.

“That is not an apology. Just because they saw that the post had sort of blown up on social media, and people were talking about it, they decided to post just an apology on social media by saying that they regret it.These are just words and no action has been taken as yet.  I don’t accept their apology and neither will I go back to perform,” Mehdi says.

On Tuesday night, Samar Mehdi had given a detailed account of playing the gig at South Delhi’s Imperfecto, where he was “catcalled”, by a group of rowdy drunk locals, who weren’t interested in listening to music and kept heckling him, till the point he left the venue.

“When the show ended, I was informed that the reason why they weren't asked to leave was that they had paid more money. Maybe that's what made them feel that they were entitled to treat us that way, maybe it was the influence they were under or their assumed position in an imaginary hierarchy - no matter what their reason was, this was completely unacceptable and something that nobody deserves to go through. So, before we "get on with it", we need to acknowledge and understand that these unsafe experiences cannot be allowed to go on and something really needs to change with all hands on deck,” he had written in the post.

Mehdi feels such behaviour, especially with indie musicians who are not particularly popular, is quite common and has been “normalised” to an extent that, the musicians, including Mehdi himself, have started accepting such rowdy behaviour at concerts.

“It has almost become like a rite of passage, and probably that’s the reason why I wanted to speak out against it, because it has to stop. Even for me, because this has happened with me before, I had not taken it seriously. I was like ‘oh another bad experience, maybe the next gig will be better’, until I saw a few people talking about it and saying that it shouldn’t have happened. It only sort of struck me then, that, this is not normal and it needs to stop,” he says.

Despite refusing to accept their apology, Mehdi hopes that the controversy has a deeper impact, and addresses the “real issue” about an “artiste’s respect” and their right to perform. “It is not just about this one venue, Imperfecto. It happens almost everywhere. So many musicians, after my post, have reached out to me and said that this has happened with them as well. So it is quite a common thing. And I just don’t know, but somehow this has to stop somehow. People have to respect an artiste and respect the fact that they invest a lot of their energies in making art,” he says.

“There’s a point after which as an artiste you have to stop empathising,” he signs off.