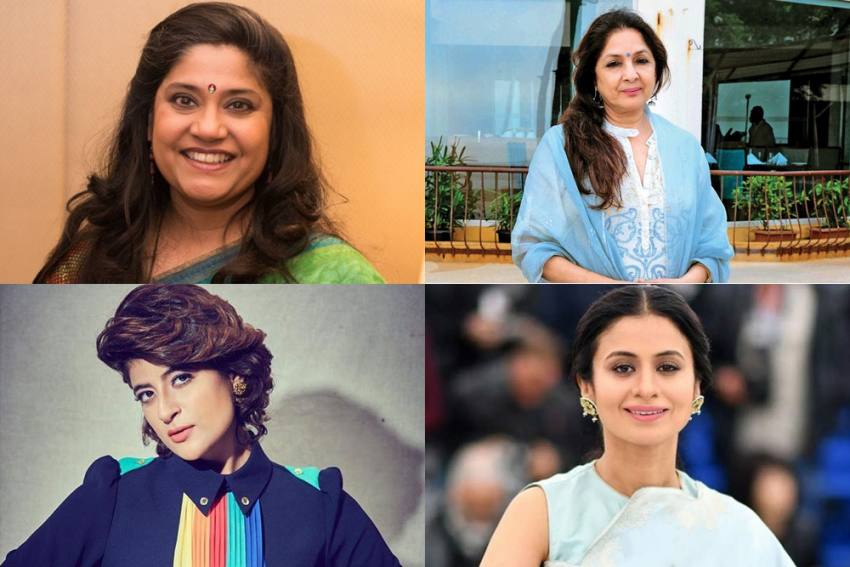 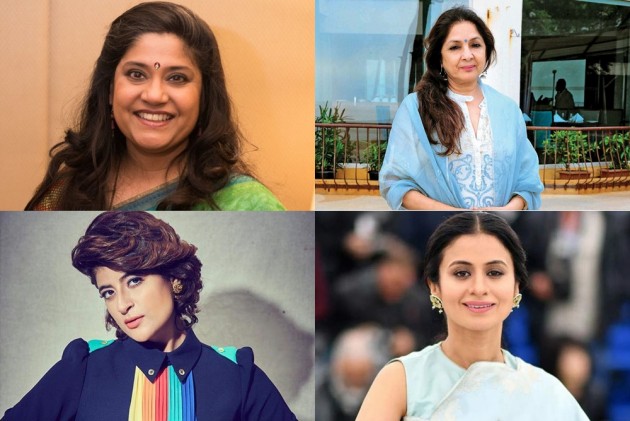 Diversity – That has been the buzz word globally as the entertainment industry seeks to right the female-to-male ratio in the power structure of corporations that define it. The steadily increasing number of women behind the camera in India is enhancing the quality and visibility of cinema through sensitive storytelling.

Women in entertainment were nothing but a strengthening of stereotypes till a few years ago. They had to parrot male scriptwriter's words under the guidance of a male director in a male producer's production. But this has changed over the years as we have seen women actors taking centre stage with women writers, directors and producers calling the shots. We also have women of all age groups being entertainment icons and no longer asked to sidestep once they touch 40 years of age. And yes, leading ladies in the movies are actually leading the production than being a mere damsel in distress in a leading role.

Let’s take a look at what our favourite female celebrities have to say on Woman’s Day 2021:

I am my mother’s daughter. She introduced me to the arts, gave me a sense of gender justice, she is an ally, my best friend, my greatest privilege. I use my voice to draw attention to the tenets of equality across gender, caste and class. And we need platforms that work as allies too.

In Delhi when I was doing theatre, the scene was completely different, the shift to Mumbai was different and only when you are in the entertainment industry for a year or two you can figure out what you can do. Initially, it was you will have to take what comes to you and then gradually you are in a position to choose and experiment. Being an outsider, it was tough, but one shouldn’t give up.

There aren’t enough stories about women. My life is brimming with so many for them, about them, around them. And here’s a place where I can tell these stories. Where I can make that deep connection.

I got stereotyped at one point and thought I’d never escape but films like Tribhanga helped break the tag. As filmmakers and artists, we have the privilege to tell stories that are diverse and powerful and I am excited about what the future will bring.

I appeal to all children to encourage their mothers to work! Surrounded by women – director Sonam Nair and writers Punya Arora, Nandini Gupta and Anupama Ramachandran, I don’t think we had to turn around and explain to a male producer that this ‘actually happens in our lives. The sensitivity with which women tell women’s stories is indispensable.

The doors to streaming services are open for all creative folk – writers, actors, directors, everyone. And so many women storytellers are coming to the fore alongside women directors, cinematographers, technicians and others. What a huge difference the female gaze makes. Yes, we have a long way to go but we’re moving in the right direction. And, it’s a change that can evolve how we bring up our children and change society too.

For decades, in the Indian film industry, women have been stereotyped into one-dimensional caricatures on screen. Reality begs to differ. And streaming services with their archives of regional shows, films, docu-series etc have proved that digital audiences are happy to trade commercial entertainment for quality content. But even better, while we present bold, strong, independent women and their stories, told well – we’re holding a mirror up to society and proving that there’s a fantastic world beyond the blockbuster formula.

I didn’t want to be stereotyped, given only certain roles because of the way I look or because of my body type for example. This show came my way like an opportunity not just to control the way I tell my own story. It was a chance to open doors for young girls who don’t look like the conventional Indian heroine but still have a place on the screen.

All of us, men and women, are accountable for how women are treated in society and how women are portrayed on screen. Patriarchy isn't gendered. And as women living in this system, we might have internalised it. Hence we constantly need to check ourselves on our prejudices. Streaming platforms, over the last few years, have made content that has pushed the boundaries and moved away from formula. I am so encouraged by this kind of storytelling and grateful for the opportunity to be a part of it.

In her 40s a woman is at her prime. But it’s taken some time for the entertainment industry to wake up to it. Finally, we have directors, filmmakers, storytellers who are ready to take risks, to move away from the expected and comfortable and truly weave content-driven stories and characters.  Streaming services have a huge hand in not only encouraging such storytelling and characters but consciously making a choice of celebrating a woman no matter what her age. Lines between the actor and character are merging. Now no longer does a woman have the shelf life of cake and yet she is decadent. Finally, the entertainment world is revelling in her mystique.

Traditionally women, especially older ones, unconventional ones, were relegated to the sidelines. Now, roles across the board – older, younger, men, women – have become more interesting. There’s an evolutionary growth taking place in cinema and you can see it best in the stories being told on OTT platforms.

We’re living in a time where everyone from big stars to social media influencers are doing shows and films on streaming services. That’s because the characters have personality, significance, and something to contribute to every story. It’s what we look for in anything we do. It’s a great time for art, a great time to be a performer. I’m happy to be a part of this.

We had to prove a point to people. Women married to actors, whether it is Gauri Khan, Twinkle Khanna or Mira Kapoor, they’re strong women with identities of their own. Star wives have always brought something to the table. This was an opportunity to clear the misconception that Bollywood wives live in the shadows of their husbands.

Being a woman is about self-discovery and it is okay to be confused. My name ‘Plabita’ means to keep flowing on and my parents named me right. So, I just kept flowing with what was coming my way. When ‘Lipstick Under My Burkha’ happened, that was the time, I realised that acting is what makes me happy and that is where I am supposed to be. Initially, I used to shoot for ad-film and just party. For me, it was a slow ride. But a slow ride and self-discovery me was a very important thing for me. And again, I don’t want to put myself in a box saying that this is what I want to do. I am still on a journey of discovering myself. Right now, I am really enjoying where I am and working with such beautiful people and script.