The EC order issued late on Wednesday night stated that the Lieutenant Governor of Puducherry ought to have taken the Commission into confidence. 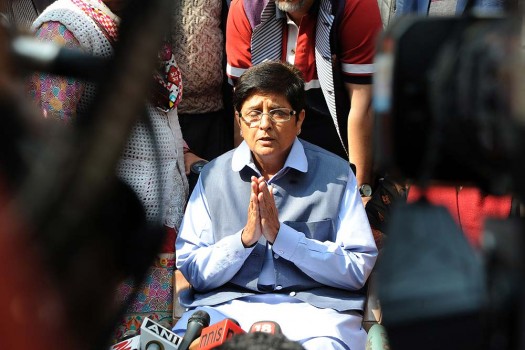 The Election Commission of India has jolted the Lieutenant Governor of Puducherry Kiran Bedi’s order of suspension of a top government official on the allegations of posting objectionable video in a WhatsApp group administered by the Officer on Special Duty to the LG.

The ECI asked the administration to stay the suspension of the officer involved in the revision of electoral rolls as Electoral Registration Officer (ERO) of three assembly constituencies.

The ECI order issued late on Wednesday night said, “It has been brought to the notice of the Commission Dr A S Sivakumar , who is the Electoral Registration Officer (ERO) of three assembly constituencies, has been placed under suspension with immediate effect by the Lt Governor on her own.... In this context, it is stated that in capacity as an ERO, Sivakumar is subject to the control, superintendence and discipline of the commission under 13cc of the RP Act, 1950 and Lieutenant Governor, Puducherry ought to have taken the Commission into confidence and consulted it before placing him under suspension.”

“The suspension of Dr A S Sivakumar has created a vaccum as regards the post of Electoral Registration Officer, who is currently associated with the crucial and time-bound ongoing electoral roll revision process.

Further as Dr Sivakumar is required to perform the statutory duty of final publication of electoral roll, revised under his charge on January 5 2017, the Puducherry administration is hereby directed to stay the said suspension order forthwith. Further the commission may be apprised of the allegations against Dr Sivakumar to enable it to consider whether he may be allowed to continue as ERO or not.

It has been directed by the Commission that the compliance report of the Order of the Commission may be sent to it latest by 4 pm on January 5, 2017.