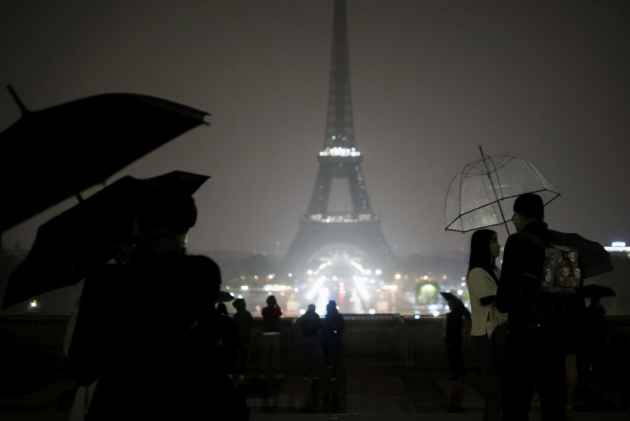 The Eiffel Tower went dark last night in tribute to the victims of the attacks in Las Vegas and Marseille.

At least 59 people were killed and hundreds wounded Sunday when a gunman opened fire on a concert in Las Vegas in the deadliest mass shooting in modern US history.

The Islamic State group claimed responsibility for both attacks via the jihadists' propaganda outlet Amaq, which said they were carried out by its "soldiers". It did not provide any evidence for either claim.

"Tonight we will turn off the Eiffel Tower from midnight in homage to the victims of the attacks in Marseille and Las Vegas," Paris mayor Anne Hidalgo wrote, adding the hashtag "we are united".

The French capital has repeatedly switched off the night-time lights on its most famous landmark to show solidarity with victims of terror attacks from London to Kabul.