Sources said that ED asked Farooq Abdullah to reach its Srinagar office at 11:30 am today. He is reportedly being questioned about alleged irregularities in J&K cricket association. 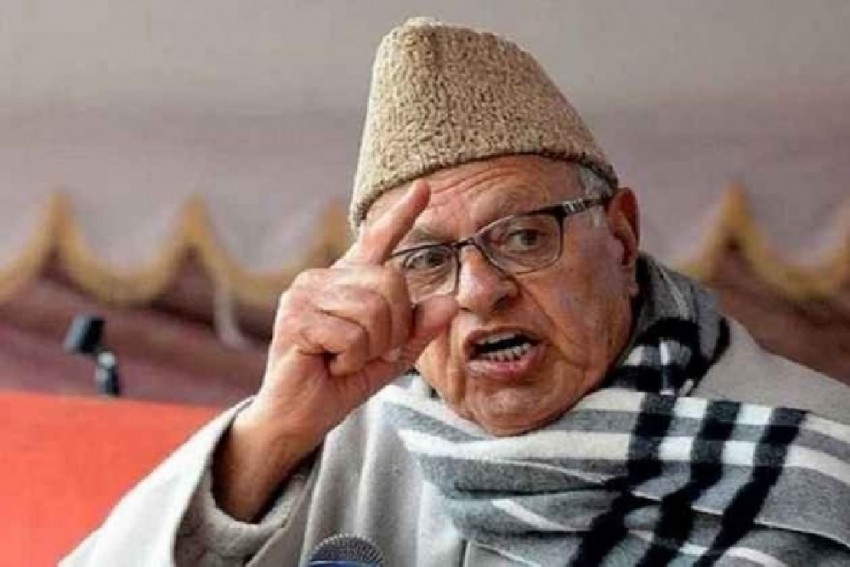 National Conference president Dr Farooq Abdullah was today summoned by the Enforcement Directorate (ED). NC has strongly reacted to the summon and termed it as political vendetta against formation of Political Alliance by mainstream parties in Kashmir.
Sources said the ED asked Farooq Abdullah to reach its Srinagar office at 11:30 am today. He is reportedly being questioned about alleged irregularities in J&K cricket association.
"The party will be responding to this ED summons shortly. This is nothing less than political vendetta coming days after the formation of the People’s Alliance for Gupkar Declaration. To set the record straight no raids are being conducted at Dr Abdullah's residence," NC vice president Omar Abdullah tweeted.
The Gupkar declaration is a resolution passed by the National Conference, People’s Democratic Party, Congress, People’s Conference, and smaller parties including Awami Ittehad Party (AIP) of Engineer Rashid, Jammu and Kashmir Peoples Movement of Shah Faesal, and others on August 4, 2019, to defend J&K’s special status. A day later, on August 5, 2019, the BJP government revoked Article 370 when around 8,000 people were arrested including three former chief ministers.
This year on August 22, despite the crackdown, the signatories of the resolution surprised the government by issuing a joint statement describing abrogation of Article 370 as grossly unconstitutional and a challenge to the basic identity of the people of J&K.
Last week Gupkar signatories formed an alliance at Farooq Abdullah's residence called Political Alliance for Gupkar Declaration. The alliance said it will fight for restoration of Article 370 and resolution of Kashmir dispute.