For 2019, Ducati has updated the Diavel with a plethora of updates! Let’s see how the new one is different from the old power cruiser

Power cruisers are a really unique breed. They offer the dynamics of a superbike coupled with the relaxed ergonomics of a cruiser. The Ducati Diavel redefined this segment with its blistering performance and smouldering hot looks that grabs eyeballs unlike anything. The Diavel was a creation that saw the Italian marque go head-to-head with iconinc American cruiser manufacturer, Harley-Davidson. Customers found the proposition of an agile cruiser with plenty of power and presence alluring enough to consider them an ideal alternative to bikes like the Harley-Davidson V-Rod. Though Ducati introduced a newer, sleeker XDiavel a couple of years ago, the Italian marque felt the ‘regular’ Diavel still has scope in the market, and has introduced the 2019 model. Let’s see the differences between the old and new motorcycle. 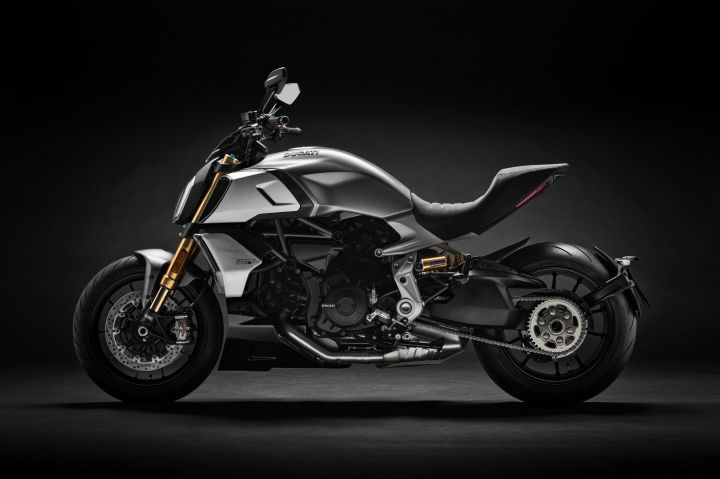 The old Diavel looks modern even today. However, Ducati has taken the design up a notch with the 2019 model. Though the new Diavel 1260 retains the design ethos that the power cruiser is known for, the bike looks a lot more futuristic. This is thanks to the sleek-looking brushed metal panels on the tank extensions and side fairing. The headlight and the tail lamp are also designed to be slimmer. The lighting system is all-LED and the cockpit gets a new TFT screen and optional multimedia system compatible with Ducati Link App. The cluster is now near the handlebar clamp instead of the split units in the previous-gen bike. This should make it easier to read as well. 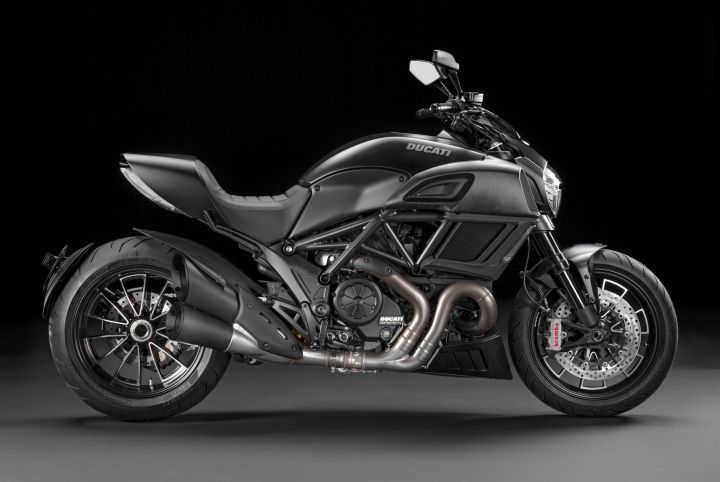 Compared to the older model, the Diavel 1260 looks a bit more aggressive and the design is also much more fluid, with various lines accentuating the motorcycle’s angular front. The curvaceous exhaust pipes have been ditched in favour of a more subtle, hidden piping. It isn’t necessarily a bad thing as the devilish, blacked-out L-twin dominates the side profile. At the rear, the twin slash-cut exhausts are much shorter than the previous-generation bike. This coupled with the already stubby tail section highlights the butch-looking 240-section tyre mounted on a single-sided swingarm. The alloy wheel design looks the same, though.

Powering the new Diavel is a Multistrada 1260-derived liquid-cooled L-twin engine. Thanks to the marginally higher displacement, the engine makes slightly more power and torque too. Ducati has tuned the new engine for better response at lower revs. This should make the motorcycle controllable enough for street riding.

While both bikes come with dual-channel ABS, multiple power and riding modes, traction control and wheelie control, the new Diavel gets Bosch Cornering ABS, which also works in conjunction with other aids like the wheelie and traction control. You also get cruise control and power launch function. 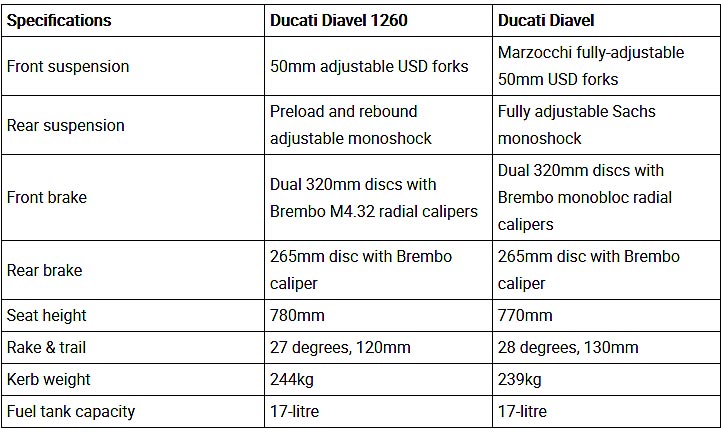 Going by the specs, it looks like the older model gets a slightly more sophisticated rear monoshock. Brakes are similar in both bikes, but the presence of cornering ABS should make the new bike more reactive to braking inputs on a corner. The dynamics of the Diavel 1260 are expected to be superior, thanks to the new shorter trellis frame and a decrease in the rake and trail. However, the seat height and the weight has gone up by 10mm and 5kg respectively. A thorough road test will enlighten us about the two motorcycles’ dynamics a lot better. 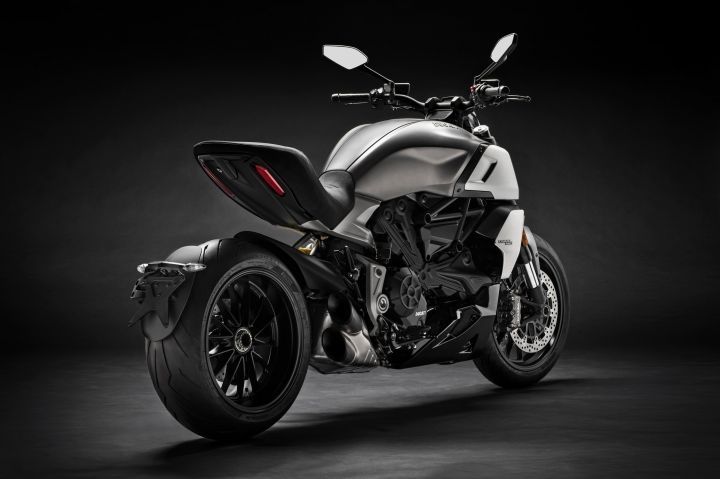 The Ducati Diavel 1260 looks like a better proposition than its predecessor mainly due to the fact that it is now more powerful while being docile enough for city rides. Plus, geeks can also opt for the Ducati Multimedia system which makes menu navigation as well as literal navigation a lot more intuitive. Interestingly, the Diavel 1260 is more efficient (claimed figures) than the older one by 1kmpl, at 18.5kmpl, despite having a bigger engine. We personally like the new Diavel’s styling as it gives out an aura of elegance rather than having out-and-out aggressive looks.