Trump has floated the idea of a reciprocal tax in the past, promising to slap it on countries, including allies, that take advantage of the United States and its huge market. 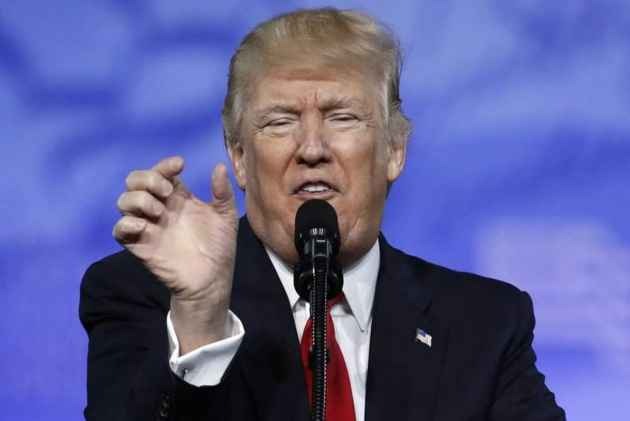 US President Donald Trump today criticised India for imposing high import duty on the iconic Harley-Davidson motorcycles and threatened to increase the import tariff on "thousands and thousands" of Indian motorcycles to the US.

During a discussion with members of the Congress on the steel industry, Trump said the recent decision of the Indian government to reduce the tariff from 75 per cent to 50 per cent was not enough and asked that it should be reciprocal, as the US imposes "zero tax" on the import of motorcycles.

Trump also indirectly referred to the recent conversation he had with Prime Minister Narendra Modi in this regard.

"And a great gentleman called me from India and he said, we have just reduced the tariff on motorcycles, reduced it down to 50 per cent from 75, and even 100 per cent," Trump said, in an apparent reference to his last week's conversation with Prime Minister Modi.

"..If you are Harley Davidson, you have 50 to 75 per cent tax, tariff to get your motorcycle, your product in. And yet they sell thousands and thousands of motorcycles, which a lot of people don't know, from India into the United States. You know what our tax is? Nothing," he told the lawmakers and his Cabinet colleagues.

Trump once again pitched for a "reciprocal tax" on countries that he says "abuse" their trade relationships with the US.

Trump has floated the idea of a reciprocal tax in the past, promising to slap it on countries, including allies, that take advantage of the United States and its huge market.

"That's called fair trade. It's called free trade. Because ultimately, what's going to happen -- either we'll collect the same that they're collecting, or, probably, what happens is they'll end up not charging a tax and we won't have a tax. And that becomes free trade," Trump said.

Imported motorcycles from high-end brands, including Harley Davidson and Triumph, are set to get cheaper as the government slashed customs duty to 50 per cent.

The Central Board of Excise and Customs (CBEC), through a notification on February 12, has slashed the duty on both these variants of motorcycles imported as completely built units (CBU) to 50 per cent.

Indian industry experts said the import duty rates have been rationalised for these motorcycles as it has been an industry demand for long and such high-end bikes are not manufactured in India currently.