Napoli produced a stellar performance to thrash Roma as they paid a fond tribute to Diego Maradona by wearing an Argentina-themed kit. 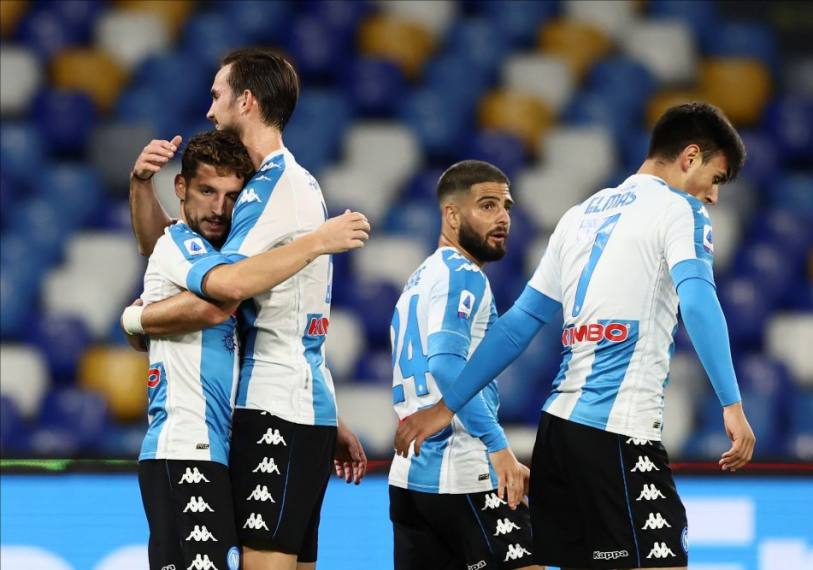 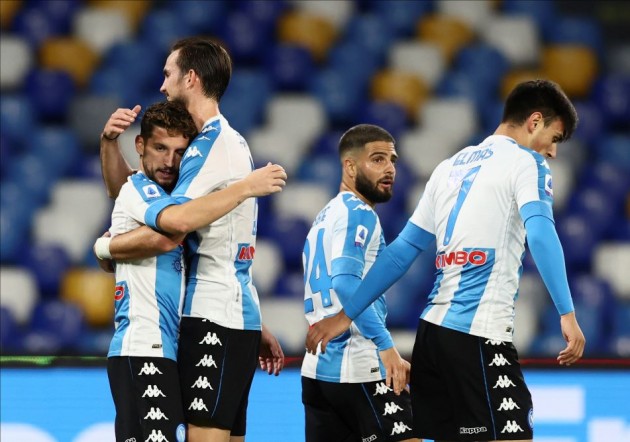 Napoli donned Argentina-style shirts as a tribute to Diego Maradona and thrashed Roma 4-0 on Sunday, in their first Serie A match since the death of the club's greatest player. (More Football News)

The light blue and white stripes were a departure from the team's usual all-blue jersey, and the Naples giants rose to the occasion to honour the player who helped the club win two Serie A titles.

Although head coach of Argentinian side Gimnasia y Esgrima La Plata at the time of his death, Maradona was more renowned for his playing career, during which he inspired his country to 1986 World Cup success and played for Argentinos Juniors, Boca Juniors, Barcelona, Napoli, Sevilla and Newell's Old Boys.

As well as league title successes in the 1986-87 and 1989-90 seasons, Maradona also helped Napoli win a Coppa Italia and a UEFA Cup crown, spending the peak years of his club career in Italy.

Napoli's players posed before the game at their Stadio San Paolo with a shirt bearing Maradona's name and his famous number 10, before goals from captain Lorenzo Insigne, Fabian Ruiz, all-time leading scorer Dries Mertens and Matteo Politano earned a sixth win in nine games this season.

Naples-born Insigne – the only player since 2012-13 to score at least one goal and assist at least one in each of the last nine seasons – reached for a Maradona shirt after scoring the opener, making a point of kissing it as he showed his emotion.

The three points nudged Napoli up to fifth position in Serie A – six points adrift of leaders Milan – after equalling their record of goals scored against Roma in a Serie A match, having also routed the capital club 4-0 in 1980 and 1971.

Gennaro Gattuso also earned his 50th career victory as a head coach, while becoming the first Napoli boss to win his first two Serie A encounters against Roma.

Napoli had earlier announced they and shirt manufacturers Kappa had been working on a Maradona-themed shirt for a year, in the hope the man who has remained an iconic figure in Naples would be able to see it.

That was not to be, but Napoli said the shirt would "have an even greater significance than initially intended".

The Roma game was Napoli's second fixture since Maradona's death. On Thursday, their players took to the pitch in jerseys emblazoned with Maradona's name and shirt number before beating Rijeka 2-0 in the Europa League.