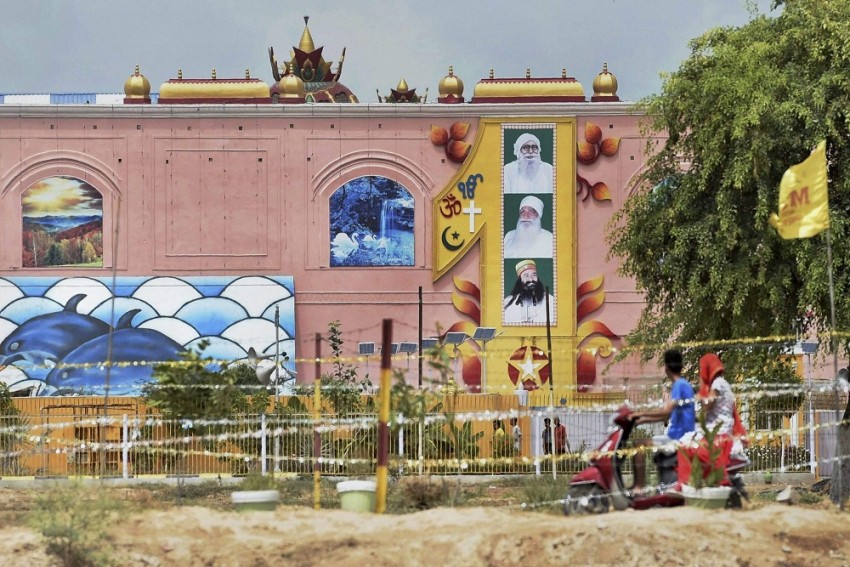 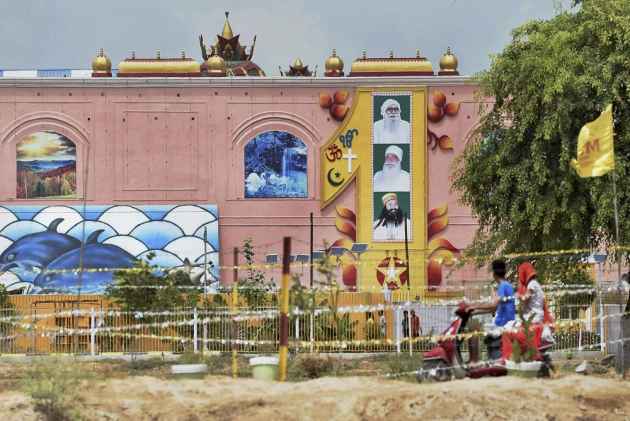 An unregistered luxury car and some banned currency notes were today seized from the dera of rape convict Gurmeet Ram Rahim Singh during a sanitisation exercise which also involved forensic examination of his so- called cave where he allegedly used to sexually exploit women.

A huge search operation, involving hordes of police, paramilitary and civil administration personnel, was launched at 8 am at the headquarters of Dera Sacha Sauda spread over 800 acres here, two weeks after a CBI court convicted its head of rape and sentenced him to 20 years in jail in two rape cases.

To prevent any untoward incident, curfew was imposed on the roads leading to the dera and mobile internet services in Sirsa district have been suspended till September 10 for the operation, which will continue tomorrow.

During the 12-hour exercise ordered by the High Court, hard disk drives and unlabelled medicines were also recovered, said Haryana's Information and Public Relations Department Deputy Director, Satish Mehra, who has been authorised by the administration to speak to the media.

"Some rooms have been sealed, computer hard disk drives, unregistered Lexus car, an OB van, Rs 7,000 of demonetised currency, Rs 12,000 cash and some pharma medicines without labels or a brand name, a walkie-talkie set are among other items which have been seized," Mehra told reporters.

"Whatever articles are being found, the district administration has taken these in their custody and will follow the orders given by the Court Commissioner," he said.

Teams of forensic experts from Karnal and Sonipat in Haryana, and from IIT Roorkee in Uttarakhand, also inspected the so-called 'gufa' (cave) at the dera, he said.

"The forensic experts were coordinating with other teams which were already inside taking part in the sanitisation and search operation," Mehra said.

According to the rape victim, on whose complaint the dera chief was convicted by a CBI court on August 25, Ram Rahim would sexually exploit women in the 'gufa', said to be the convict's residence.

The woman, who had dared to complain against Ram Rahim, had alleged that she had been sexually exploited by the dera chief after being called there.

She had said that prior to her exploitation, she would see some of the girls coming out of the 'gufa' weeping.

Girls were deployed as security persons at the entrance of a 'guffa', the victim had said.

The room of Ram Rahim's confidant Honeypreet, against whom a lookout notice has been issued by Haryana police, was also searched and sealed.

During the operation, the authorities also found five boys, two of them minor, from Upkar Colony, where some dera followers premanently reside.

"We found five boys, two of whom are minor from Upkar colony. The minor boys hail from Kaithal (in Haryana) and Uttar Pradesh and they were handed over to the District Child Protection Officer. Regarding other three we are asking them about their whereabouts and will later send them home," Mehra said.

There were reports of plastic "coins" or tokens being found during the operation but it could not be confirmed.

The operation was being videographed and monitored by retired District and Sessions Judge A K S Pawar, who is the Court Commissioner appointed by the Punjab and Haryana High Court on Tuesday to oversee the exercise.

The dera complex has been divided into 10 zones for the purpose of sanitisation and searches, with each zone under the control of a senior officer.

Forty-one companies of paramilitary forces were deployed in Sirsa district along with the anti-bomb disposal squad, 40 commandos of the Special Weapons and Tactics (SWAT) team and a dog squad, officials said.

Fire tenders and heavy earth moving machines and tractors were also pressed into service. The help of blacksmiths was sought for opening locks, the officials said.

Journalists were stopped about 7 kms from the dera.

The dera management had said earlier today that it would cooperate with the authorities.

"Today, the sanitisation process has begun. We have always followed the law. We will extend all cooperation in carrying out this exercise by the government and appeal to all to cooperate and to maintain peace and calm," dera chairperson Vipassana Insan said here.

Court Commissioner Pawar arrived in Sirsa yesterday and held a meeting with top officials of the civil and police administration, including the paramilitary, to take stock of the situation before the start of the process.

The dera chief, who featured in a few films directed and co-produced by himself, also has some shops in the complex where consumer products launched two years ago under "MSG" brand are sold.

The police and the dera management have maintained that licenced weapons were deposited by most of the dera followers at Sirsa with the police authorities.

The Punjab and Haryana High Court had earlier taken up a PIL filed by Ravinder Dhull, a Panchkula resident, who had raised concerns over the law and order situation and stated that over 1.5 lakh people had reportedly entered the district earlier despite prohibitory orders.

Large-scale violence broke out in Panchkula after the dera chief's conviction in the rape cases on August 25, leaving 35 people dead. Six others were killed in Sirsa.

The Haryana government had filed a plea on Friday seeking permission for the sanitisation process under judicial supervision, after the conviction of the sect chief, now in a Rohtak jail.

The HC appointed a court commissioner for the purpose earlier this week.

A report of the entire exercise will be submitted to the high court by the court commissioner, with a copy to the state government. (PTI)