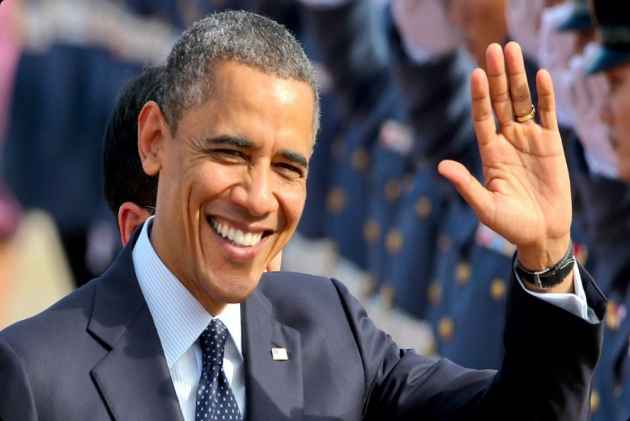 Former US President Barack Obama is set to address a town hall in New Delhi today, where he will interact with nearly 300 young leaders drawn from various parts of the country.

Ahead of the meet, a Delhi resident urged the former US president Barack Obama to wear a face mask during the town hall.

Data scientist Amrit Sharma, who made the request in an open letter to Obama, said doing so would help generate awareness and catalyse action on air pollution.

Former US President Barack Obama during his visit to the national capital will also meet Prime Minister Narendra Modi.

"The town hall will expand the conversation about what it means to be an active citizen and make an impact and how the Obama Foundation can support emerging leaders in this effort," the Foundation said in an update.

Delhi's air quality has remained in the "very poor" category for the seventh straight day today with the Central Pollution Control Board (CPCB) recording an AQI (air quality index) of 360.

"You are one the most photographed people on earth, but none of your photos could potentially save millions of lives yet," Sharma wrote in her letter to Obama.

"I believe that if you wear a face mask while you are in Delhi and take a photo (of it), that alone could have such an impact," he added.

He acknowledged that in a developing country like India, a vast section of the population could not afford the expensive face masks, let alone an air purifier.

However, he said, Obama wearing a mask at a public forum might spur the authorities into action.

Delhi's air quality was under an intense scanner when Obama had attended the 2015 Republic Day parade as the chief guest.