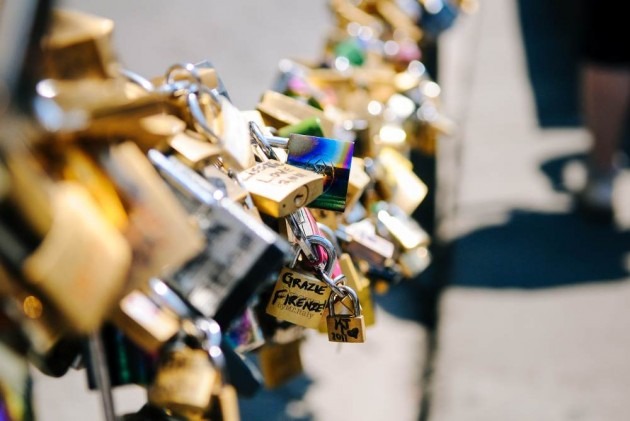 Dear Shree, I am 20 years old and my boyfriend is 21. We are graduating college soon, and we have been dating for a year. He has been looking for a job in marketing, and I told him my dream is to move to Mumbai from Pune where we live now and pursue a career in advertising. He worked extremely hard to apply to jobs there, and we found out last week that he got an excellent position in Mumbai. It feels as if my dreams are coming true. We decided that we should share an apartment next year while he works and I study. I spoke to my very strict and control-freak father about it yesterday, and he was screaming, telling me that I am prohibited from moving in with my boyfriend. I expressed to him that my desire to move to Mumbai is my own, and my boyfriend is just along for the ride. I did not base my decision on a boy; in fact, he chose this location to make me happy. My dad told me that he would cut me off financially if I decided to go out from Pune. He has ruined my childhood because he has been the biggest control freak, demanding every little thing to be done as he wishes or he would cut my funds. I have inheritance money and my question is how I should go about making my dad understand this better and how I can make him approve? He is pissed now, and even though finances will be my responsibility, I would like to keep my relationship with my dad. My boyfriend is also hurt because he doesn’t want my dad to hate him forever. How would you go about this?

You can’t make your dad approve of your decisions. You say you want to keep your relationship with your father, so instead of asking, “How can I make him approve of my decisions?”, you could ask, “What are some ways I can help support and maintain my relationship with my dad?” Do you see how the latter question removes the responsibility of your bending to your father’s control? Maintaining a relationship — even one between a parent and his or her adult child — should never be dependent on one person approving of another’s decisions. Maintaining a relationship should be about communication, respect, and finding common ground, to name a few things. So, when your father threatens to cut you off financially, he is telling you exactly what your personal freedom costs. It’s costing you whatever financial support he is willing to give you. As long as you follow his wishes, even if they’re in direct opposition to your own dreams, you have his financial support. If, however, you value your freedom more than his money, you can have your freedom.To work towards maintaining a relationship with your dad, you can keep in touch (calls, texts, emails, FaceTime chats, and visits if you can afford them emotionally and financially); share any personal news you’re okay sharing; discuss topics that are of interest to you both (like sports you both root for), and tell him that you love him. You can’t control how he responds to any of this, of course, but that isn’t your job. You are 50% responsible for maintaining a relationship with your dad. If he doesn’t put in 50% effort and meet you halfway, you can’t take the blame for that. Of course, you don’t want to lose a relationship with your father, but if the cost of keeping it is to put your dreams on hold indefinitely, or to be his little robot and do whatever he tells you, then what’s the point?

Dear Shree, my boyfriend and I are both 21and he just told me he’s not sure he will ever love me. Our relationship is not working and we fight a lot due to the fact that I can no longer trust him given that he cheated on me not too long ago (but I forgave him). What really pains me is that he did love that girl, but he doesn’t love me (she was the ex before me, whom he was with for four years). I do love him a lot and the only thing I want is for him to love me back. He does care for me a lot and we have really good times together. He also never lets me go when I want to move on — he says he wants to move in with me and make plans for the future. All these things give me hope but at the same time the fact he doesn’t and may never love me confuses me a lot. We have been together on and off for a year and a half, and we were broken up for three months in which he was with that other girl. Should I keep trying?

Relationships are hard work. But learn to have some self-respect and move on. This guy says he doesn’t love you, he’s cheated on you, he loves another woman, AND he’s unattractive also? More than the security a relationship gives, think of all the unnecessary emotional turmoil you are placing yourself on by just hanging on to this guy who has also cheated on you – there is no place for a disloyal partner in anyone’s life, so go ahead and show him the door.

Dear Shree, my best friend has just discovered her husband of 15 years has been unfaithful. She’s been through weeks of agony, but has agreed to accept him back with all his flaws. However, she’s one of the few people in our group not to know he’s had previous affairs. Should I tell her it’s not just a one-off fling?

Is your friend the sort of person inclined to turn a blind eye to her spouse’s exploits, preferring to believe ignorance is bliss and insecure to be single again? Different people have different coping mechanisms - this is particularly observable when it comes to sexual betrayal. I know people who feel their relationship cannot survive too much honesty. If that’s your best friend’s modus operandi, will she accept you thrusting these harsh facts in her face? Also bear in mind that it’s not uncommon for a woman to drop a friend who informs her of a partner’s infidelity. Often, the bearer of bad tidings reminds them of issues, they would rather not confront, believing ignorance is bliss. The best policy is not to scare her away with shocking revelations, but follow your friend’s cues and then decide how to break this news. You may well find that, at some point, she confides that she’s not sure if her husband has told her the full truth.
This would be a right moment to advise her to trust her instincts and confront him with the matter - you could even add that you’d heard rumors, but hadn’t given them credit until now.
This is what proper friendship is all about, helping the person close to you discover the truth themselves - not humiliating them with prior knowledge.

What’s needed is however a lot of support and patience. If your friend starts to find her marriage unbearable, I’m sure you’ll be first to know. Then, you can help steer her towards a position of self belief and strength.

For further queries, write to Dear Sree at  mydearsree1@gmail.com

To Check Wastage, Govt May Fix Portion Of Food Served In Restaurants