Crumbling Infrastructure Has Always Failed Athletes, Now It Has Killed A National Wrestler In Jharkhand

The state sports department later constituted an inquiry committee to look into the incident which found the stadium unfit for accomodation. 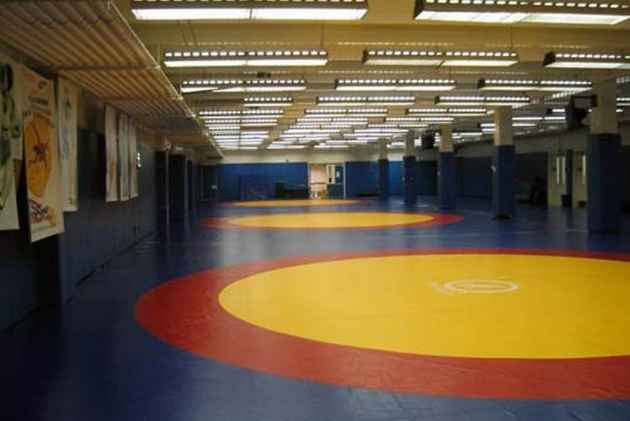 A national level wrestler was electrocuted at a dilapidated office in the water-logged Jaipal Singh Stadium in Jharkhand on Tuesday.

Vishal Kumar Verma, reportedly, was visiting the wrestling association office when he received the fatal jolt in the water-logged washroom. However, Verma died on the way.

Police, later confirmed death by electrocution. "A case of unnatural death has been registered, but we will probe why a live wire was hanging loose in the bathroom," said a report.

The 22-year-old wrestler came from a very humble background. Now, after the sad demise of their only boy, the family is in a state of shock.  The secretary of state wrestling outfit, Bhola Nath Singh, while talking to Outlook, lamented over the loss of  a "star player", while slamming the state authorities for politicising the issue.

"We have lost a gem. Nothing can bring him back. Let's not play petty politics over it ," he said demanding a fair inquiry in the matter.

Ranchi boy Vishal began wrestling in 2005. He represented the state at various junior and senior national meets. He had won gold  at the last Jharkhand state competition in both freestyle and Greco-Roman categories. He had also finished fourth in the 74 kg freestyle event at the last national meet in UP.

The wrestling association has announced Rs 1 lakh as compensation and a monthly ex gratia of Rs 10,000 to his family till one of his four sisters got a job.

The dilapidated building that served as an office for not just the wrestlers' association but other sports like kabbadi also served as venue for press conferences. The problem began few months back when  the premise  became dumping ground for a contsruction nearby; making the entrances clogged, leaving hardly any passage for water.

"There was water everywhere after heavy rainfall," observed Singh.  When  Verma entered the inundated room a wire hung lose in the pool of water that left him electrocuted.

"Kisko blame karein (Whom do we blame)?" asks Singh.  Denying any report of the building being marked as 'risky' by the Ranchi Municipal Corporation, he said that no communication official or unofficial ever happened regarding the same.

The official building that is said to be going through renovation excercise has been in a poor shape. According to the officials, Ranchi Municipal Corporation was looking at a 'multicrore plan' to inject life in the dilapidated structure. "It's unfortunate that this incident came as an eye-opener. We will look into the matter, " Ranchi deputy mayor was quoted as saying by the paper.

The incident not only trample all the tall claims by the state projecting itself as a world-class sports destination, but also highlights the apathy and criminal neglect of safety that still inhibits in India.

The state sports department later constituted an inquiry committee to look into the incident which found the stadium unfit for accomodation.

"A few poor players who cannot afford rent live in rooms on the first floor of the stadium,"  said Singh.