The court said that the AAP leader moved the application even though he did not have even a "slight discomfiture in English". 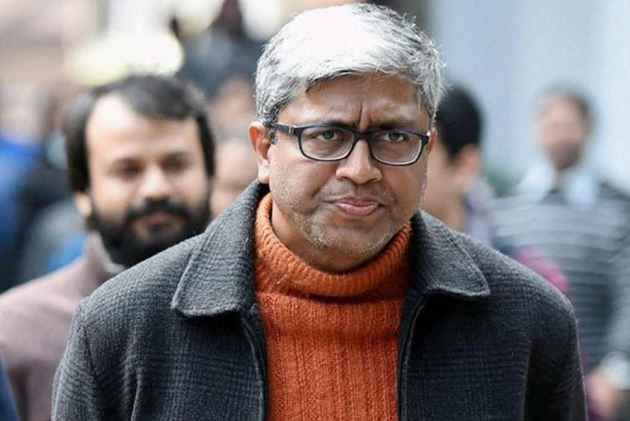 A Delhi court has imposed a cost of Rs 10,000 on AAP leader Ashutosh for "trying to derail the proceedings" in a criminal defamation case filed against him by Arun Jaitley by seeking re-recording of the senior BJP leader's statement in Hindi.

The court said that the AAP leader moved the application even though he did not have even a "slight discomfiture in English".

Jaitley had filed the criminal defamation case in 2015 against Ashutosh, Delhi Chief Minister Arvind Kejriwal and other AAP leaders -- Kumar Vishwas, Sanjay Singh, Raghav Chadha and Deepak Bajpai -- for allegedly making false statements accusing financial irregularities in the Delhi and District Cricket Association (DDCA) of which the BJP leader was the president from 2000 to 2013.

While dismissing Ashutosh's plea, Chief Metropolitan Magistrate Deepak Sherawat said that the AAP leader's application was "an attempt to derail the proceedings of the case and waste precious time of the court".

"The present application seems to be nothing but an attempt to derail the proceedings of the case and waste precious time of the court having moved with no serious or real purpose. First of all, neither the applicant (Ashutosh) nor his pleader (advocate) can be said to be having even a slight discomfiture in English language.

"The applicant is author of well known book in English titled as 'Anna: 13 Days That Awakened India' and he can be seen giving interviews in English day in and day out on English News Channels and elsewhere," the court said.

It noted that the present application itself was written in English.

The court also noted that the recording of evidence in Hindi was not possible due to infrastructural and technical bottlenecks since the computers being used supported only English software.

"The application has been filed to protract the proceedings and is dismissed with a cost of Rs 10,000," it said, directing to deposit the amount with the 'Army Welfare Fund Battle Causalities'.

The application was opposed by senior advocate Sidharth Luthra and advocate Manoj Taneja on behalf of Jaitley.

Jaitley had earlier charged all the accused persons with making a series of false, scandalous and defamatory allegations, with regard to alleged controversy, claiming that it had adversely affected his reputation.

The AAP leaders had accused Jaitley of financial irregularities in the Delhi and District Cricket Association (DDCA) of which he was the president from 2000 to 2013, leading the minister to lodge defamation cases against them.

All the six accused were on March 25, last year put on trial in the case. The notice was framed against the accused under section 500 (punishment for defamation) of the IPC to which they had pleaded not guilty and claimed trial.

Jaitley had filed the complaint alleging that the accused had defamed him.

A civil defamation suit was also filed by Jaitley before the Delhi High Court in the matter seeking Rs 10 crore as damages.