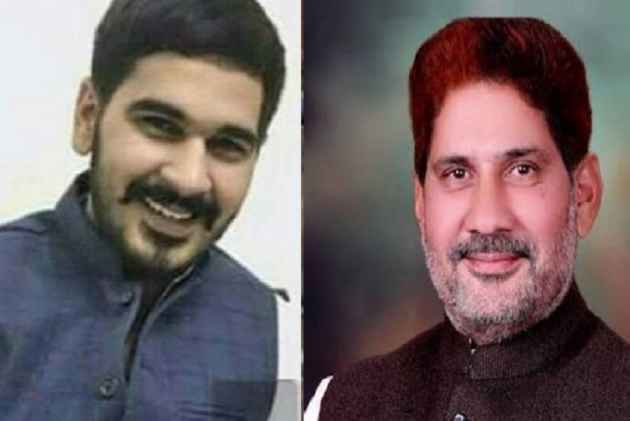 While the stalking of a 29-year-old woman by the son of Haryana BJP leader has raised question on women's security in the state, it has come to light that the Chandigarh police didn't put kidnap charges in the FIR.

According to a report by The Indian Express, the woman had specifically said that an attempt was made to kidnap her.

The FIR reads, "To the SHO, Police Station Sector 26, Chandigarh. Subject — Complaint regarding harassment and attempt to kidnap and outrage the modesty of a girl."

"To me, it was very clear that these boys intended to abduct me even tried to open the door. Kindly file an FIR under the appropriate sections of law," the woman said.

But instead of putting the stronger charge of kidnapping, the police put bailable charges of stalking and wrongful restraint. Later, both the accused were released.

Speaking to the newspaper Chandigarh-based criminal lawyer IPS Kohli said,"Looking at the allegations on the face of it, the police could have gone stricter while registering the case because one cannot rule out attempts of the accused in this particular incident."

Earlier, father of the woman,  an IAS officer, took to social media and urged people to fight crime against women while also sharing the ordeal his family had gone through.

The victim also expressed her anguish in a post saying she was lucky not to be the daughter of a commoner or else who knows what her fate could have been.

"If we do not persist in trying to bring the guilty to justice, more and more daughters will suffer this hurt," said the victim's father, in a Facebook post.

My daughter Varnika was returning home around midnight yesterday in her car when a couple of goons started following her in a tata safari. This started at 12:15 am in sector 7 market. They tried to block her car at the traffic signal, but she showed

They tried to block her car at the traffic signal, but she showed presence of mind and sped away. They chased her and blocked her way time and again. She again maneuvered away. She called the police while driving and informed them. The goons continued to chase her and attempting to block her for a few kilometers.

She sped thru all red lights, but had to stop at a signal as there were cars stopped there. She swerved thru the traffic and the stalkers followed her brazenly. One of the goons jumped put and tried to enter her car. She somehow maneuvered an escape while honking continuously. police guys from a PCR ran to apprehend the goons. They called us, and we went to the police station in sector 26. The filing of the complaint and their medical examination etc took four hours. But the FIR was finally lodged and the goons arrested.

Chandigarh police was pretty efficient and helpful. They intercepted the goons, were responsive to Varnika's distress calls, and were neutral in filing the complaint.

We are thankful that she survived this ordeal. The goons had a very clear intention of abducting her, and she escaped due to her courage and presence of mind, but it was a very close call, and her trauma is unimaginable. I suppose it will take her a long time to go back to a normal life.

As a father of two daughters, I feel compelled to take this matter to its logical conclusion. The goons must be punished, and the law must take its course. As would be expected, the goons are from influential families. We all know most such cases of harassment go unpunished and even unreported. Most people would not want or dare to take on goons from influential families. I feel if people with some privileges like us cannot stand up to such criminals, nobody in India can. More importantly, I will be failing in my duty as a father to my daughter if I did not stand with her completely in this matter.

I am sharing this with you all for two reasons. One, to give a true and clear picture of what happened. Two, to get some assurance of support in case its needed.
Our clear intention is to bring the culprits to book. We do not intend to harm the families or relatives. However, we know it's not going to be an easy struggle. The possibility of harassment and witch-hunting, threats and even physical harm is undeniable, even though unlikely. Influential families can sometimes take desperate measures to discredit or disable the complainants. Sane friends may advise us against our course of action. We may be foolhardy.

However, I know that the trauma and hurt my daughter has undergone cannot be undone. If we do not persist in trying to bring the guilty to justice, more and more daughters will suffer this hurt. Maybe some may not be as lucky as Varnika. Someone has to stand up. We are standing. So long as we can.

The son of Haryana's ruling BJP chief Subhash Barala was yesterday arrested along with his friend for allegedly stalking the woman.

Both the accused, Vikas Barala (23) and Ashish Kumar (27), were released later on bail as they were booked under bailable sections of the IPC and the Motor Vehicles Act, amid political outcry.

The incident had come to light when the woman,  called up the police on Friday night and complained that two youth were chasing her.

The father of the victim in his Facebook post thanked the Chandigarh police for being helpful and efficient in handling the matter.

Haryana Chief Minister Manohar Lal Khattar on Sunday said that BJP state chief Subhash Barala had "nothing to do with the incident" of a senior IAS officer's daughter allegedly being stalked by his son and a friend here, as the opposition mounted pressure demanding his resignation.

Ruling out the resignation of Barala as the BJP state chief, Khattar said, "Barala has nothing to do with this incident. It is an individual incident. The accused will face action if found guilty."