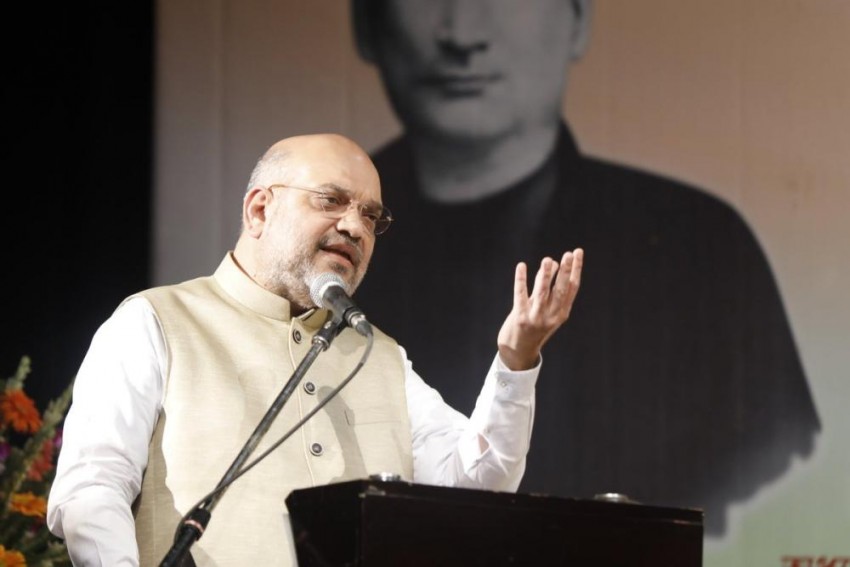 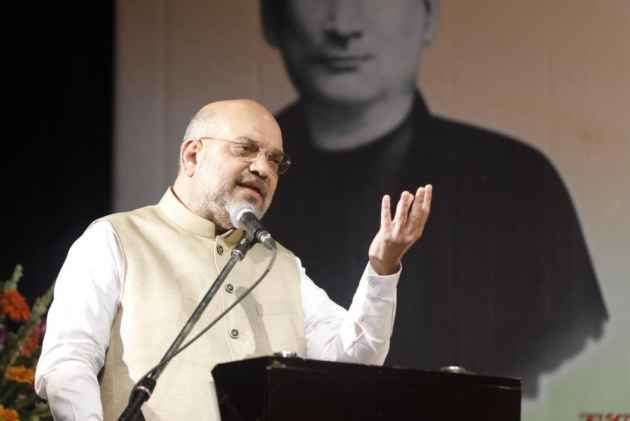 BJP president Amit Shah has criticised those who tried to communalise "Vande Mataram", the national song, and held the Congress responsible for the country's partition, alleging that the party had surrendered before the politics of appeasement.

"The song 'Vande Mataram' symbolises the geo-cultural nationalism of our country...It is wrong to communalise the song...It should not be treated as a song related to any religion or against someone, but a song which symbolises nationalism," he said, addressing the first memorial lecture on Bankim Chandra Chattopadhyay, who had composed the song.

"The Congress had made the same mistake by labelling it with a religious colour," Shah said.

He added that when the Congress had formed provisional governments in the pre-independence era, it had taken up "Vande Mataram" as the national song, but only the first two stanzas were sung to appease a community.

"Had Congress not done this mistake, the country would not have been divided (in 1947)," the BJP chief said.

"Historians sometimes blame the Khilafat movement, sometimes the divide-and-rule policy of the British and at times, the two-nation theory of the Muslim League.

"But I will say that the Congress's decision to take up only two stanzas of 'Vande Mataram' by surrendering before its appeasement policies had led to the division of India," he added.

The memorial lecture was organised by the Syama Prasad Mookerjee Research Foundation.

Shah, who arrived in Kolkata on a two-day visit today, held two closed-door meetings with the party workers on organisational issues earlier.

He also held a meeting with the party's social media cell.

The BJP chief is scheduled to visit Purulia and Birbhum districts on Thursday.