In a letter to Pakistan Foreign Minister Shah Mehmood Qureshi, Singh said it is a historic occasion, but regretted his inability to be present. 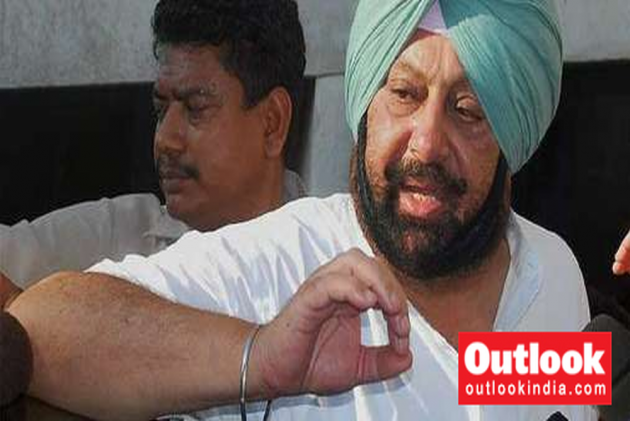 Punjab Chief Minister Capt Amarinder Singh Sunday declined Pakistan's invitation to attend the Kartarpur corridor foundation stone-laying ceremony on the other side of the international border, citing terror attacks in his state and killings of Indian soldiers by Pakistan troops as the reason.

In a letter to Pakistan Foreign Minister Shah Mehmood Qureshi, Singh said it is a historic occasion, but regretted his inability to be present.

The chief minister said his reason for declining the invitation was twofold.

'What Has Happened In 1947 Has Happened': PM Modi Says Kartarpur Corridor Will Act As Bridge Between India, Pakistan

"Firstly, not a day passes when Indian soldiers are not killed or wounded on the Line of Control in Jammu and Kashmir. Rather than moving towards normalcy, these incidents are escalating," he said.

"Since March 2017, the state has neutralised 19 ISI-armed and controlled modules, apprehended 81 terrorists and seized 79 weapons, numerous grenades of the HG-84 type made in Pakistan's Ordnance factories with Austrian know how, and some IEDs," the chief minister claimed.

The last attack took place in Amritsar few days ago, on a peaceful religious congregation in a villages. Three men were killed and 19, including women and children, were wounded, Singh said, adding that the terrorists had been caught.

"I hope that the prime minister (of Pak) will understand these circumstances... It will not be possible for me to be present in Pakistan on this historic occasion, despite the fact that paying my respects at Gurdwara Sri Kartarpur Sahib has always been my cherished dream which will hopefully be fulfilled once these hostilities and killings are stopped," he said.

Pakistan Prime Minister Imran Khan will inaugurate the ground-breaking ceremony of the Kartarpur Corridor, on the Pakistan side, on November 28.