China Seeks India's Support In Fight With US

It is not usual for China, which sees itself as the future leader of the world, make such a fervent appeal to India to join ranks and make common cause with it against the US. For policy planners in South Block this poses a serious challenge. 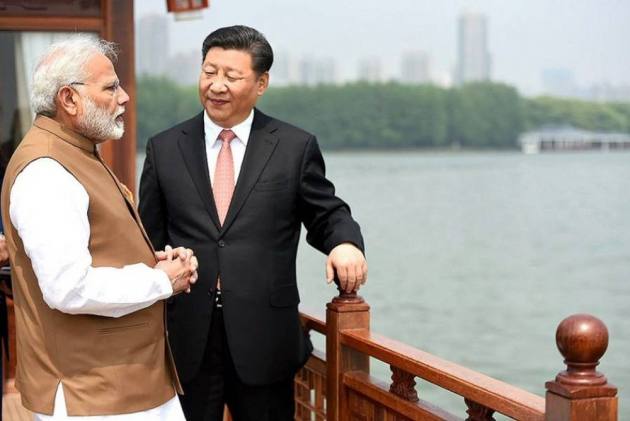 The desire for a China-India partnership re-shaping the world order and pursuing the dream of an “Asian century,” has often found space in speeches and statements of leaders of the two countries. But mostly, these have been highlighted at the time of a crisis, especially, the ones in which the world’s pre-eminent power, the United States, has been the chief initiator.

More often than not, that urge to jointly reshape the existing world structure in favour of the developing nations has subsided every time when the crisis got either resolved, or was allowed to pass over by other compelling developments at the global theatre.

Therefore, as the growing Sino-American trade confrontation threatens to seriously impair the world economy and expand into other areas sharpening their rivalry over dominance of the world, how should India view the fast emerging scenario ? And more importantly, where does it place itself in this ensuing battle?

Arguing in favour of a stable environment in Asia that will foster growth for the Asian economies, Ji added, “Practicing unilateral trade protectionism in the name of ‘national security’ and ‘fair trade’ will not only affect China’s economic development but also undermine the external environment of India and hinder India’s booming economy.”

It is not usual for China, which sees itself as the future leader of the world, make such a fervent appeal to India to join ranks and make common cause with it against the US. For policy planners in South Block this poses a serious challenge.

Like China, India has also benefitted significantly from the existing, open trade structure in the world. It has been worried by attempts by the US to propose new and exclusive trade blocks like the Trans Pacific Partnership (TPP) to keep out growing economies such as China and India in recent years. The idea of TTP was however, summarily dismantled even before it was put in place by Donald Trump’s advent into the American political stage. But the new US President’s disruptive style and propensity to bulldoze his way through complex issues have also raised serious concerns in the Indian leadership.

For India, both China and the US are its two major trade partners. Therefore, their ongoing fight opens up new opportunities for Delhi but also brings in several sets of challenges. One of the major worry is how the ongoing trade confrontation impacts the global economy and further slows it down. The International Monetary Fund recently cut its global economic growth forecast for 2018-2019 by over 3.7 per cent because of the Sino-US trade conflict and its impact on emerging economies.

China claims that in the face of American unilateralism and bullying tactics, the two neighbours have more reasons to join hands to ensure a “ more just and reasonable international order.”

But India has serious doubts if the US’s departure from the scene or marginalization where China, which is already the world second largest economy starts dominating global trade more, can prove to be beneficial for India.

In the past decade or so, Sino-Indian trade has shown a phenomenal growth. But Delhi has also seen how China has managed to manipulate the existing system since becoming a member of the World Trade Organisation to its benefit. By denying easy access to its markets to other countries it has managed to pile up huge trade deficits with almost all its trading partners. Beijing’s non-tariff barriers against pharmaceuticals, IT products, rice and meat that are exported from India to China have created a huge trade deficit of over $ 63 billion in their bilateral trade.

Indian officials admit that China has become more amenable now in opening up its market to Indian products than before. B ut they are not sure whether this was a tactics to get Delhi on its side in the current trade conflict with the US or whether this was indeed a course correction on China’s part to be regarded as a more trustworthy trade partner.

But the US’ policies under the Trump presidency is also hurting India both, bilaterally and also at the global stage. The way the current situation is panning out has also made other international investors cautious of venturing into new markets. On top of that the Indian rupee has hit an all-time low vis-à-vis the US dollar and the situation has been compounded further by the steep hike in oil and petroleum products by oil producing countries in the world.

On Monday, the Indian Prime Minister warned the oil producers of not making the mistake by killing “the goose that laid the golden egg” for it everyday—in an obvious analogy to oil hungry countries like India which buys large quantities of oil from them for its development and growth. But the unfettered hike in oil and other petroleum products could force India and others to look at other sources to meet their energy needs from other sources beyond oil.

For the Narendra Modi government which is gearing up for the 2019 Lok Sanha election and also crucial Assembly polls in five states in the country, the impact of all these global developments have had an adverse impact on the Indian economy. How it can keep the confidence and trust of the people and the electorate, therefore, is even more crucial.

But the current trade conflict between Washington and Beijing is being played out in the larger global context where the US, often criticized by its supporters as well as detractors for its failure to check its relative decline, is now trying to regain its unquestioned supremacy over others on international affairs.

Former Australian Prime Minister Kevin Rudd, who spent long weeks in the US told a gathering in New Delhi recently that Trump’s slogan of “ making America great again” enjoys a broad consensus among all the major stakeholders in the US establishment. He pointed out that there was a broad agreement in Washington among different sections that the time has come to regain US supremacy over other nations, particularly China.

This was made clear by US vice President Mike Spence’s recent speech at the Hudson Institute where he came down heavily on China for “ bullying” investors, buying countries with cheap loans and “tearing down the crosses.” The FBI director also identified China as the country that poses the real threat to the US.

India and China came out of a long phase of strained relationship, culminating in last year’s Doklam crisis where soldiers of the two sides faced each other at their borders with Bhutan for weeks, after the this March’s Wuhan meeting between Xi Jinping and Modi. There has been a steady improvement in relations since and the two sides have been making serious efforts to broaden their cooperation by adding more stakeholders in their bilateral ties. The Chinese decision to seek India’s support in its fight against the US flows from that spirit.

But many in the Indian establishment see these as essential steps to remove strains in Sino-Indian ties. This however, does not end skepticism among significant sections of Indian diplomats. “We would rather prefer a world dominated by the US than China,” a secretary rank MEA official said. His argument for going along with America is because of its liberal values and campaign for open societies.

But realists in South Block also acknowledge that such liberal values and openness are rarely pursued and encouraged by the US beyond its shores. In the outside world, it has a track record of encouraging and propping up most repressive regimes at the cost of more progressive forces within those countries. Many of them till the recent past had also adversely affected India.

As the global temperature rises because of the increasing Sino-American rivalry, India, which is currently being wooed by both, may still find it beneficial to maintain its independent foreign policy and expand its geo-strategic space to maintain peace and stability in its immediate neighbourhood and beyond.