China-Pakistan: A Strategic Relationship In The Shadows

This is a relationship where the public theatrics have generally been a poor indicator of the underlying substance. 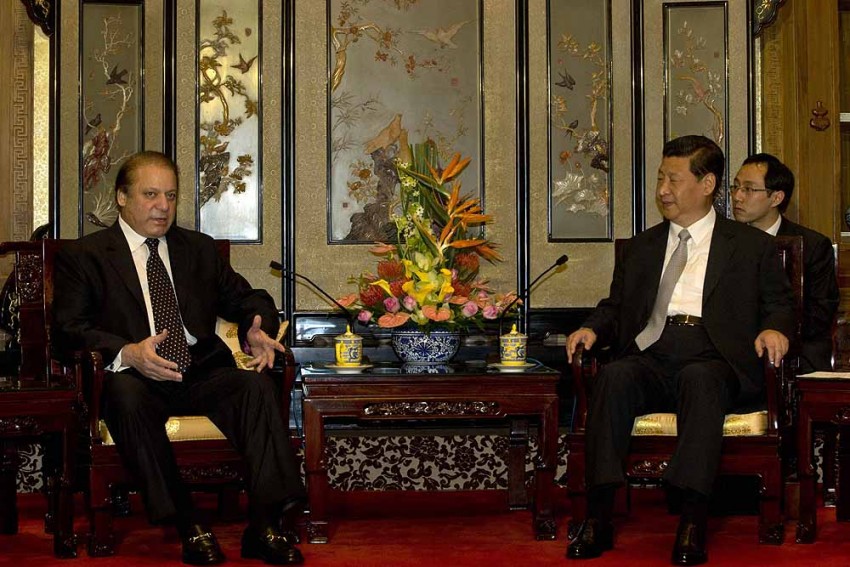 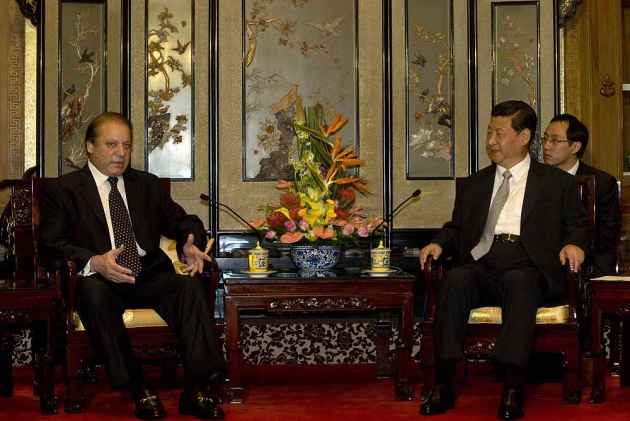 The China-Pakistan relationship has inspired plenty of florid language, invoking "iron brothers" whose "all-weather friendship" is "higher than the Himalayas and deeper than the oceans." Yet the public demonstrations of this closeness have often fallen short of the rhetoric.

The latest manifestation is the on-again, off-again visit by China's President Xi Jinping. After being forced to cancel his trip last year due to anti-government protests in Islamabad, speculation has grown over why it has proved difficult to reschedule. This reached its peak during Pakistan's National Day celebration in March, after Pakistani officials had initially suggested that Xi might be the guest of honor, a counterpoint to President Barack Obama's glittering visit to India in January. Xi's no-show elicited claims of a Chinese "snub." This is a relationship where the public theatrics have generally been a poor indicator of the underlying substance. Not only have the most important facets of the relationship been difficult to capture in photo ops, they have often been those about which the two sides can say the least.

Xi's maiden trip to Pakistan has proved unusually tricky to arrange. Originally scheduled for September, during his tour of South Asia, it was embarrassingly called off at the last minute after Chinese security officials decided that protests made it too difficult for the president to move safely around Islamabad. The visit now appears set for later in April, which may calm the rumor-mongering. But the intervening months have been rife with questions about why Xi, who has been everywhere from Cuba to the Maldives, has yet to visit China's "all-weather friend."

There were some genuine challenges. Officials in Beijing were clearly not keen on the heavy-handed symbolism of China's president attending the National Day military parade, replete with Chinese kit. In addition, infighting in Pakistan over the route of the proposed $45.6 billion China-Pakistan economic corridor risked shrouding the trip in political controversy, while reaching agreement on the details for many of the initiatives that the Chinese leader's visit is supposed to launch proved difficult. Yet the speculation went beyond this — was it a reflection of Xi's desire to focus more seriously on upgrading ties with India ahead of Modi's May visit? A manifestation of Chinese frustration with the Pakistanis over prospects for their joint projects? Is Pakistan being de-prioritized, or was it never a priority in the first place?

Given that China takes the symbolism and deal-making attached to visits by its heads of state seriously, the questions are natural enough. But in the China-Pakistan relationship, bilateral trips have rarely been a good barometer. If one were to judge the relationship by these set-piece occasions, one might wonder whether the two sides are really friends at all.

An earlier semi-snub came from Chinese Premier Li Keqiang whose trip in May 2013 took place during the transition period after the Pakistani elections, ensuring that it was virtually impossible to make preparations on the scale that accompany a prime ministerial visit. There was little attempt to conceal the fact that Li's principal destination was India. Xi's predecessor, Hu Jintao, was supposed to arrive in 2007 with assurances that China would give nod to a controversial set of nuclear reactors that Pakistan had sought as a response to the US-India nuclear deal. The nod was not forthcoming. Far worse was Jiang Zemin's visit in 1996, whose speech to the national assembly urged Pakistan to put Kashmir on the back burner, a message received in silence by parliamentarians in attendance. In some respects, that was the relationship's low point.

Visits to China from Pakistani leaders have a more checkered history. The last army chief, Ashfaq Pervez Kayani, saw his farewell visit in 2013 overshadowed by a suicide attack in Tiananmen Square, which Chinese officials blamed on a militant group headquartered in Pakistan's tribal areas. Asif Ali Zardari's inaugural trip was dogged by a Chinese hostage crisis in Swat Valley and his decision not to make China the destination for his first overseas visit. He was firmly rebuffed in his efforts to secure a large bilateral loan. Pakistani leaders' trips during times of conflict have been more disappointing — over the decades, army chiefs and politicians have flown to Beijing to solicit support and come home empty-handed.

For those who judge the relationship by these optics, the story is one of Pakistani delusion and China's failure to come through in Pakistan's hour of need. Throw in consistently low trade and investment numbers, and periodic tensions over counter-terrorism issues, and it can be argued that there is less to the "all-weather friendship" than meets the eye. Yet in practice, the fact that China eschews showy, geopolitically antagonistic demonstrations of support for Pakistan does not mean that its discreet, consistent backing has been any less strategically significant. Both sides have had good reason to keep their cooperation away from the spotlight.

China's military support has long focused on building up Pakistan's own capabilities rather than intervention during conflicts or other formal alliance commitments. For decades, Beijing has been Pakistan's only wholly reliable weapons supplier, and SIPRI's most recent report shows that China has sold Pakistan over half the arms it imported in the last five years. The apogee of this relationship is the two sides' cooperation on Pakistan's nuclear and missile programs, where Chinese knowhow, technology and materials have played a vital role — but not one conducive to celebratory toasts in public. Similar sensitivities have applied to major civilian projects too, such as investments in the nuclear power plants at Chashma. Even the construction of the Karokaram Highway between 1966 and 1979 was kept secret for many years. Pakistani transfers of Western technology to the Chinese — such as stray ballistic missiles, centrifuges, or material from US stealth helicopters — are also tricky subjects for a public speech.

Discretion has been of the essence when it comes to Pakistan's diplomatic brokering on China's behalf too. Henry Kissinger's covert side trip to Beijing in 1971, while ostensibly recovering at a Pakistani hill station, paved the way for the re-opening of US-China relations, while Bandar Bin Sultan's secret meeting at the Chinese embassy in Islamabad saw the green light given for China's ballistic missile sales to Saudi Arabia in the 1980s. More recently, Chinese officials met with the Taliban on multiple occasions in Pakistan without attracting attention.

For so many sensitive initiatives between China and Pakistan, Beijing has sought to minimize the risk that external pressure or criticism, particularly from the United States, will derail the two sides' efforts. But its commitment to defend them has been strong. When faced with resistance, as was the case, for instance, with US sanctions in the 1990s following Chinese missile transfers to Pakistan, China pressed ahead regardless.

The coming years will see similarly delicate plans move ahead: The large-scale expansion of Sino-Pakistani civil nuclear cooperation, without the agreement of the Nuclear Suppliers Group. An array of new infrastructure projects in Kashmir. A takeoff in the two sides' naval cooperation during a period where China is seeking to build up reliable overseas facilities for the PLA Navy and Pakistan is looking to develop sea-based nuclear capability. The intensification of China's contacts with the Taliban and a growing Chinese role in Afghanistan's peace process add to the list.

Beijing has been willing to be more open about some of these initiatives than it was a few years ago. But showcasing them during Xi's visit would be a step too far. However resilient China-Pakistan ties have proved to be, much of the relationship still must be conducted in the shadows.

Andrew Small is a transatlantic fellow with the German Marshall Fund's Asia program, which he has helped lead since 2006. His research focuses on US-China relations, EU-China relations, Chinese policy in South and South-West Asia, and China's role in "problem" and fragile states. He is author of The China-Pakistan Axis: Asia's New Geopolitics.

Rights:Copyright © 2015 YaleGlobal Online and the MacMillan Center at Yale