Bengaluru's Varthur Lake Has A Curious Surprise For Commuters: 'Snow'

Adding to the woes is the unbearable stink coming from the froth. 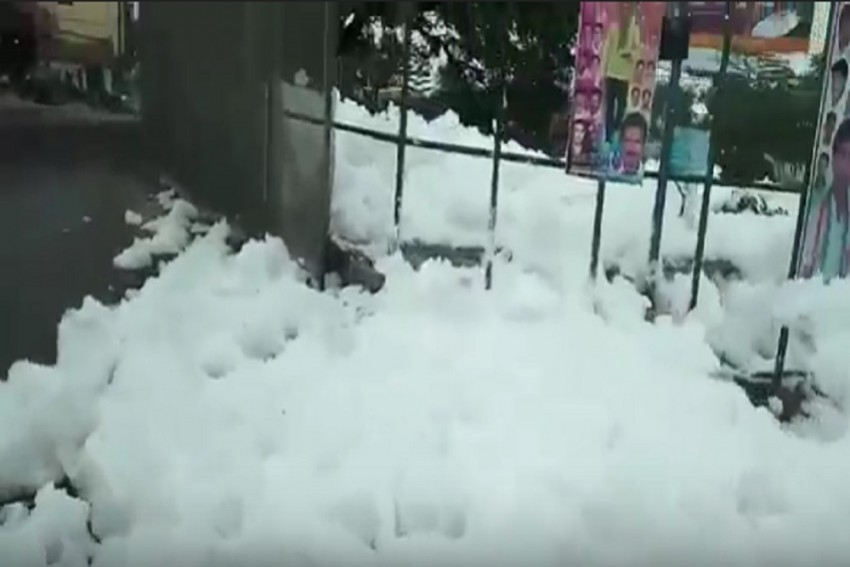 Screengrab of the video
Outlook Web Bureau May 29, 2017 00:00 IST Bengaluru's Varthur Lake Has A Curious Surprise For Commuters: 'Snow' 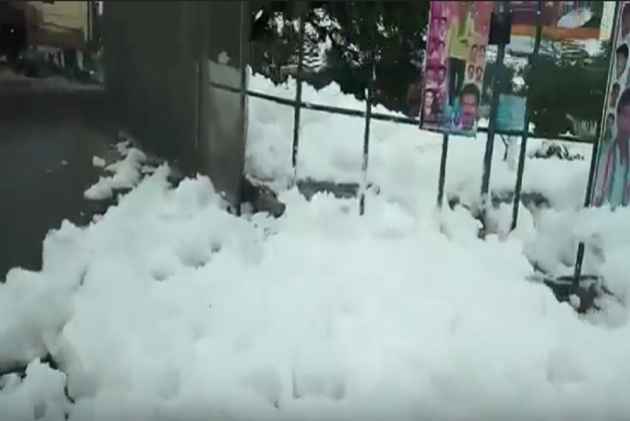 When it snows you have two choices, shovel or make snow angels.  This would have been the case in Whitefield if people were actually enjoying the snow and not trying to swivel away from it and avoid getting close to the harmful chemicals the froth contained.

The Varthur lake, one of the most polluted lakes in the city, flooded the roads and streets of whitefield causing people on bikes to swivel away from the raining froth and passengers to raise their windows panes for safety.

What the commuters saw was not actual snow but chemicals rising from the lake and spilling onto the roads and neighborhood.

With pollution levels going up in the lake due to the inflow of the effluents and the sewage water , more froth is being spewed.

Vehicle users say they experience itching and skin infections whenever they come in contact with the foam from the lake.

A frequent commuter on the road had clicked a picture and posted it on the Whitefield rising Facebook page. On March 10, chunks of foam from Varthur Lake spilled onto the thoroughfare, resulting in a virtual lockdown, as shopkeepers downed their shutters to ward off the stench emanating from the swirling foam. Traffic too had reduced to a crawl.

The chief secretary Subhash Chandra Gowdiya  assessed the situation and called the civic officials to clear out the debris and the lake bed within a week. He also told them to fence the lake which usually gets large amounts of debris and garbage throughout the year.

"All lakes in Bengaluru have become toxic, and it's not happened overnight. It's a reflection of the constant neglect these waterbodies face and how our politicians are only after money," said Adhyatam, a resident.

Wrote Avanish S Pathank on Whitefield Rising's FB page: "The government should act fast and make arrangements to channelize STP water or drain water from all nearby apartments and manufacturing units so that they can be treated properly."

READ ALSO:  What Is Feeding The Fire At Bengaluru's Bellandur Lake?

The Varathur lake is the largest fresh water body in the city and it has seen a steep rise in pollution due to a change in the land use patterns.

The fresh water lake receives at least 500 million liters of untreated sewage daily and this leads to the frequent fire breakouts and frothing.