The low turnout in Urban and Local Body (ULB) elections in Jammu and Kashmir signals a change in the mood of the rural electorate in the Valley. 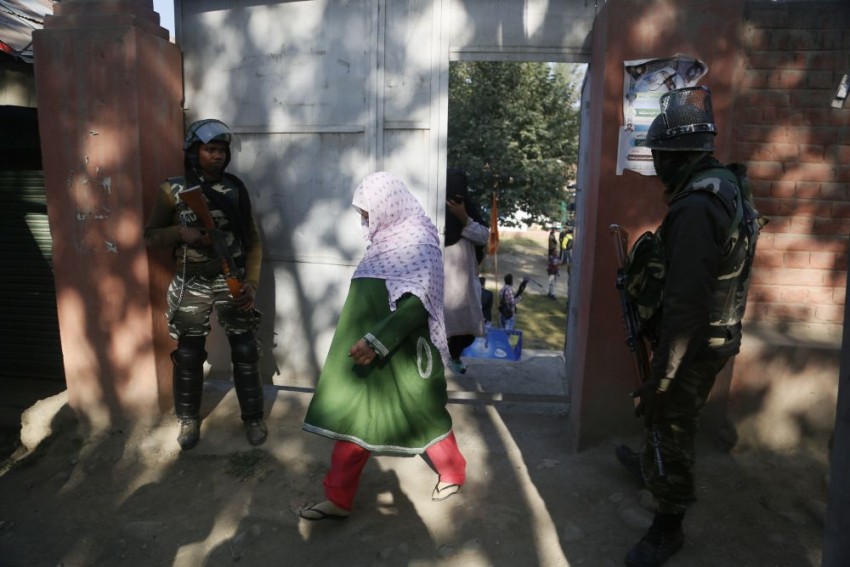 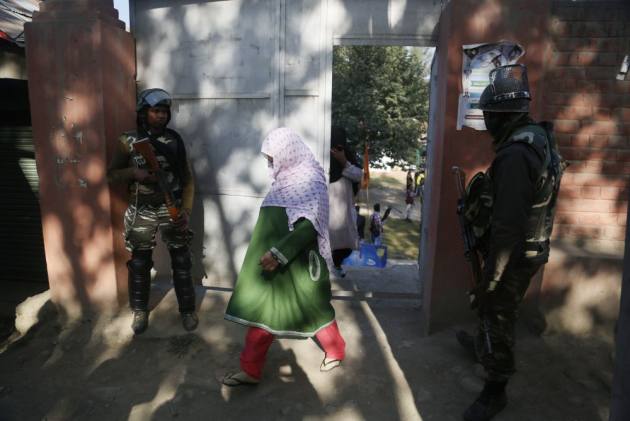 As the first phase of the urban local bodies elections concluded Monday, the government would feel satisfied that the elections were held without any major incident. The government had placed adequate security arrangements as 200 companies of the CRPF and Jammu and Kashmir Armed Police were on duty.

In some places the Army was also present in substantial numbers around the polling booths. In the first phase of the elections, 69 candidates from the 149 wards have been declared winners, uncontested. The election will be held in four phases. Out of the 598 wards in the Kashmir Valley, over 200 candidates have been elected unopposed and over 150 wards have no candidates. In the southern district of Shopian, all 11 candidates were brought in by the BJP from Jammu. All of them won unopposed. The BJP might claim to have lakhs of membership in the Valley but it couldn’t find a single candidate to contest from Shopian.

As militants have warned people against voting, candidates and the voters were not willing to identify themselves. The candidates were running away from the media to ensure their names don't appear anywhere. Voters were not willing to take the risk to be photographed. “The candidate contesting in this booth is my relative and it is the only reason I have come to cast my vote. Otherwise I wouldn’t have. Who will risk his life for this useless election,” says a middle aged person in Sangri area of Baramulla.

Touseef Raina, who is contesting from the ward No. 5 of the Baramulla district as an independent candidate against his Congress rival Jasbeer Kour, was seen pleading media persons not to go near polling booths. The 26-year-old Touseef argued that voters don’t want to be identified. When they see scribes they run away. He says the boycott by the National Conference and the Peoples Democratic Party has added to the fear psychosis and made candidates and the electorates as 'pariahs'. “Had both the parties in the poll process the atmosphere would have been different,” he says. In the polling booths, voters would insist they are not marked with the indelible ink.

This is in total contrast to previous municipal elections in 2005 or the assembly elections in 2014 when 70 per cent voting was recorded in the Valley. In Baramulla the total turnout was five per cent, Bandipora 3.5 per cent, Srinagar six per cent and Anantnag area of south Kashmir seven per cent. Kuwarapa district with 32 per cent was the only exception. The Election Commission can add figures from Kargil and Leh districts of Ladakh region to add to the overall voting percentage but it won’t hide the reality of rural Kashmir which has changed in past four years.

The election boycott on the call of separatists was earlier an urban phenomenon. In the urban pockets people won't turn out to vote. However, in rural areas people would take part in elections. But in past four years the rural Kashmir, especially the four district of South Kashmir, have witnessed rise in militant recruitment and anti-government protests. As a counter measure, the government has increased presence of the security forces in the southern districts.

As the mainstream political parties like NC and PDP boycotted elections, the impact was visible on the ground. The two parties boycotted the election after the Centre didn’t respond to their plea that it should clear its stand on the Article 35A which gives special status to Jammu and Kashmir and debars non-residents of Jammu and Kashmir to purchase land in the state.

The first phase of the municipal elections has been on the expected line. Peoples Conference of Sajad Lone, which participated in the polls, showed the party is on a strong wicket at its home turf in Kupwara while the NC and the PDP’s boycott indicates that mainstream parties can dent whole electoral process. However, the elections indicate that people from rural Kashmir have changed their mind and are reluctant to participate in electoral politics. It is not a good news for New Delhi.