The fintech unit is expected to take up pressing issues in the industry, including India’s Central Bank Digital Currency (CBDC)

Central Bank Digital Currency (CBDC) is essentially a virtual form of a country’s fiat currency hosted on a blockchain or other similar Distributable Ledger Technology (DLT) platform. India’s central bank, the Reserve Bank of India (RBI), has recently set up a new fintech department as per an internal circular dated January 7, 2022. As per the circular, the unit will be the central point of contact in RBI for all fintech-related activities. The new department may take up some of the pressing issues in the industry, including the launch of India’s first CBDC token, Coindesk reported.

While the Cryptocurrency and Regulation of Official Digital Currency Bill, 2021, was deferred in the Winter session of Parliament, more laws will be needed to regulate the sector, according to former finance secretary S.C. Garg. Speaking at the Financial Express Digital Currency Conclave 2022, he said three different laws are needed to regulate cryptos in India. As the current Contract Act does not deal with smart contracts, a new law may be needed to bring smart contract businesses under regulation. In addition to that, as there is a special law to deal with securities and contracts, “likewise, we should have a special law to deal with digital assets,” Garg said, adding that it may be time for digital currency to be issued in the country.

Here’s a look at what digital currency or CBDC means.

CBDC is the digitised version of the country’s fiat currency such as Indian Rupee, US Dollar, etc. The supply and distribution of CBDCs will be done by the central bank of the country. The data regarding CBDC transactions are to be recorded on a distributable digital ledger (DLT). Some people expect the DLT to be on blockchain as that is the best available DLT technology today. However, even if the data is stored on a blockchain, it will be a centralised blockchain since the currency-issuing authority in most countries is their central bank and a central bank will always want to have complete control over supply and distribution of currency it issues.

“CBDCs are the digital fiat currencies that are created to secure computer-code equivalents of the conventional money that can be credited to public accounts securely just like conventional money,” said Edul Patel, CEO and co-founder, Mudrex, a global algorithm-based crypto investment platform.

How Does Issuing CBDCs Help India?

Governments around the world are weighing the factors that make CBDC a tool to efficiently implement better fiscal and monetary policies and bring more people into the formalised economy. The Indian government, too, is considering these factors. RBI is conducting extensive research to analyse the underlying technology of CBDC. For this, and to promote further innovation and development in fintech, the central bank has created a new and specialised department.

“The new fintech department will not only help in boosting innovation in the sector but will also identify challenges and opportunities linked with it. The department will play a key role in providing the framework for research on the subject that could help policy interventions by the central bank,” said Patel.

This fintech department will be headed by Ajay Kumar Choudhary, who was recently appointed as an executive director in RBI. 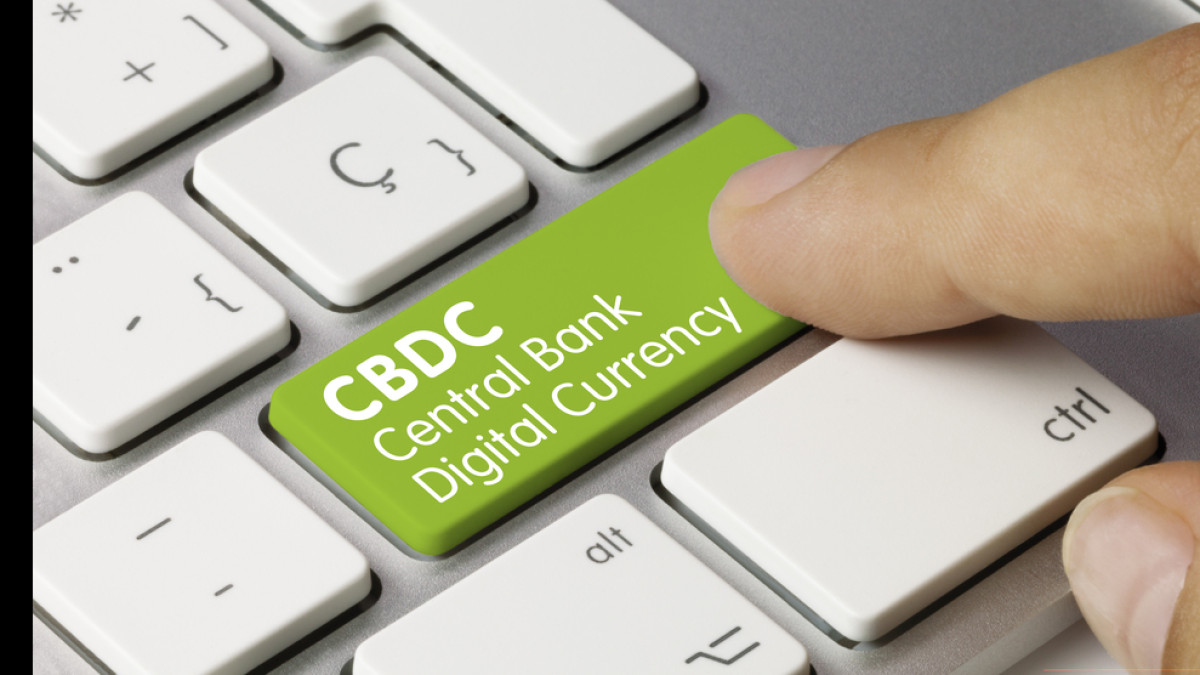 The crypto industry is in favour of a CBDC in India. “We as an industry stand by the government and believe that a CBDC is the right way to solve the problem of digitisation,” said CoinSwitch Kuber in a statement.

Some of the areas where CBDC can help the Indian economy are:

“CBDCs can help governments better control illicit payments and tax evasion, and combat money laundering and terror financing. CBDCs can be helpful in quickly transferring public funds or emergency grants while reducing the burden of settlement risk on the financial system,” said Patel.

Are CBDCs And Crypto The Same?

The concept of a CBDC is inspired by a crypto blockchain but that's where the similarities end. A CBDC uses a DLT, such as blockchain, to record the transaction history from its point of origin till the present point but in a centralised way, which means that only a few people have control over this digital ledger. In a crypto blockchain, the control is decentralised and anyone on the network can edit and create a new transaction entry, provided it is consensually agreed upon by other users. In a CBDC digital ledger, once a transaction-related data has been entered, it cannot be changed by anyone except the central bank. This is the main point of difference.

However, it should be noted that crypto-based stable coins such as USDT and USDC are similar to CBDC, though one key difference is that stable coins are not issued by a country’s monetary authority or central bank; they are issued by privately held companies.

How Does Issuing CBDC Affect A Nation’s Economy?

Since CBDCs are a digital version of fiat money, which is backed by faith in the issuing government, CBDCs affect the economy the same way as fiat currencies like the dollar and rupee do. There has to be a strict and controlled supply of CBDCs, else they will start to affect the inflation rate and ultimately the currency will lose its value. In Turkey, people are taking to crypto stable coins to protect themselves from the country’s fiat currency, Lira, which is losing value dramatically.

“The launch of CBDCs can change the world in various ways; by tackling serious concerns such as privacy, fraud and security. It can affect economic growth as it is impossible for commercial banks to depend upon consumer deposits to finance loans. It can add value in developing countries like India, where most lending comes from traditional banking,” added Patel.

For these very reasons, the International Monetary Fund (IMF) has held several consultations on the topic and also published several observations, the most recent of which is on the Nigerian eNaira CBDC. Citing various risks, the IMF said in the article: “Like digital currencies elsewhere, the eNaira carries risks for monetary policy implementation, cyber security, operational resilience, and financial integrity and stability.” It added that there is a need to manage cybersecurity and operational risks associated with eNaira.

CBDCs are work in progress in most parts of the world, including India.

(With inputs from Harsh Kumar)

Bitcoin The Most Popular Crypto Coin On Twitter This Week, Ethereum Second

Why China Is Taking Interest in Non-Fungible Tokens?