Indian business is fighting the current crisis with the funds that would have flowed into the government’s exchequer if the tax cut had not been announced last September. 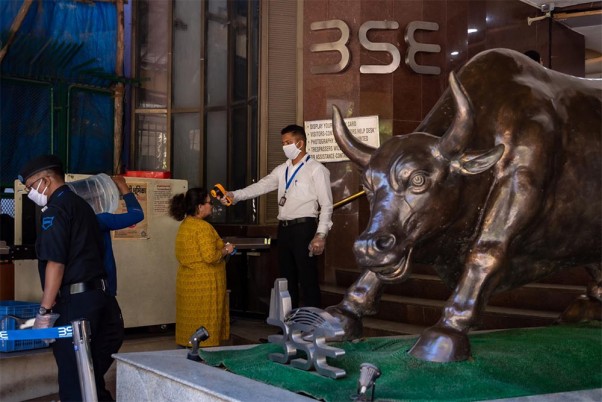 It’s wartime and the enemy is far more devious and destructive than those stalking India’s borders.

Also, it’s a time to test the loyalty of Indian business for the country and the market that nourish them. Will they come forward with donations equalling one-third or even one-sixth of the tax bonanza the government gave them last September?

As yet, they are silent. We haven’t heard on one of the top 50 companies on Nifty and thousands of others listed in stock exchanges coughing up funds.

Last September, the Modi-led government did something the industry has been demanding for decades in the face of stonewalling by previous Congress rulers. It sawed down the corporate tax from 30 per cent to an effective rate of 25.17 per cent.

The industry applauded even as the Indian people accepted additional pressures on welfare spending from the government’s reduced kitty. The strain would be greater in the coming weeks as the government is forced to allocate more funds to battle the new virus.

The Indian people sacrificed a colossal Rs 1.45 lakh crores in the form of reduced tax revenue for the government which will put a huge strain on welfare spending. This strain will be felt more severely as the country battles against coronavirus.

A study by CARE Ratings showed that 2,377 tax-paying companies would save more than Rs 41,000 crores because of the reduced taxes.

The biggest beneficiaries would be banking, finance and insurance companies which would see a saving of Rs 17,679 crores. Iron and steel firms would save Rs 2,528 crores while companies in the fast-moving consumer goods (FMCG) sector would save Rs 2,500 crores.

Later studies showed the industry would divert 10 per cent of these savings to promote fresh investments, thus frustrating the government’s expectations about a boost to the 'Make In India' program, which means the industry is sitting on this cash, which is either in company reserves or being used to protect themselves against the onslaught of stock meltdown being seen at this time.

Put this in another way: Indian business is fighting the crisis with the funds that would have flowed into the government’s exchequer if the tax cut had not been announced last September.

The common public including millions who will see reduced income do not have this kind of government awarded protection.

The industry should respond to the government’s goodwill by offering big donations. One way of doing this is to create hundreds of testing facilities across the country particularly in the small towns. Another solution is investing in the creation of new hospital beds including ICU wards which will be desperately in shortage. A third solution is importing necessary equipment and medicines and donating them to government hospitals.

Major countries have liaison and distribution in foreign companies besides hundreds of international contacts. These resources can be used to serve the nation.

The government would be forced to impose a surcharge on corporate tax if the industry does not respond in this hour of need. They better hurry up.